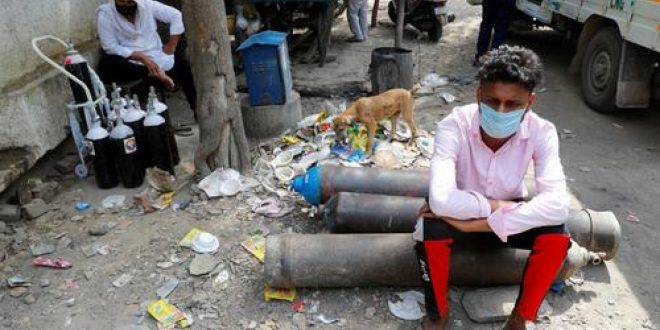 Delhi resident Geeta Arora struck a deal with two men for an oxygen cylinder that she desperately wanted for her friend’s father, a Covid-19 patient who was gasping for breath after failing to get admission to a hospital.

Ms Arora paid the men 10,000 rupees ($153) in cash and drove quickly to her friend’s home at night to deliver the life-saving gas, only to discover that she had been swindled and the “oxygen cylinder” was actually a fire extinguisher.

Her friend’s father died the next day, leaving Ms Arora distraught at the loss and shocked at being cheated at time when the raging pandemic had forced people to rely on the illegal market for medicines and medical oxygen to save loved ones.

She complained to the police, who said they arrested the men on charges of cheating and endangering public safety and seized five more fire extinguishers that they had planned to sell.

The men had no criminal history but were taking advantage of the India’s Covid-19 crisis, police officer Dharambir Singh told The National.

India has been in the grip of a ferocious second wave of the pandemic since March, with the daily case increases breaking global records and overwhelming its creaking healthcare system.

More than 400,000 new Covid-19 cases were reported on Saturday, the highest single-day rise that also took the country’s total to nearly 20 million, with more than three million active cases that require constant medical care at home or in hospitals. Out of more than 215,000 Covid-19 deaths in India since early 2020, nearly 50,000 were last month.

The situation has left millions of families at the mercy of scammers, hoarders and even some unscrupulous doctors, pharmacists and nurses seeking to profit from tragedy.

Victims have reported paying 10 to 50 times the usual cost for medicines, medical oxygen, Covid-19 tests, ambulances and even cremations.

Over the past three weeks, police across India have reported hundreds of arrests over illegal sales and profiteering from medical supplies.

Several regional courts ordered local governments to act against the black market in medicines and oxygen and crack down on profiteering and hoarding. 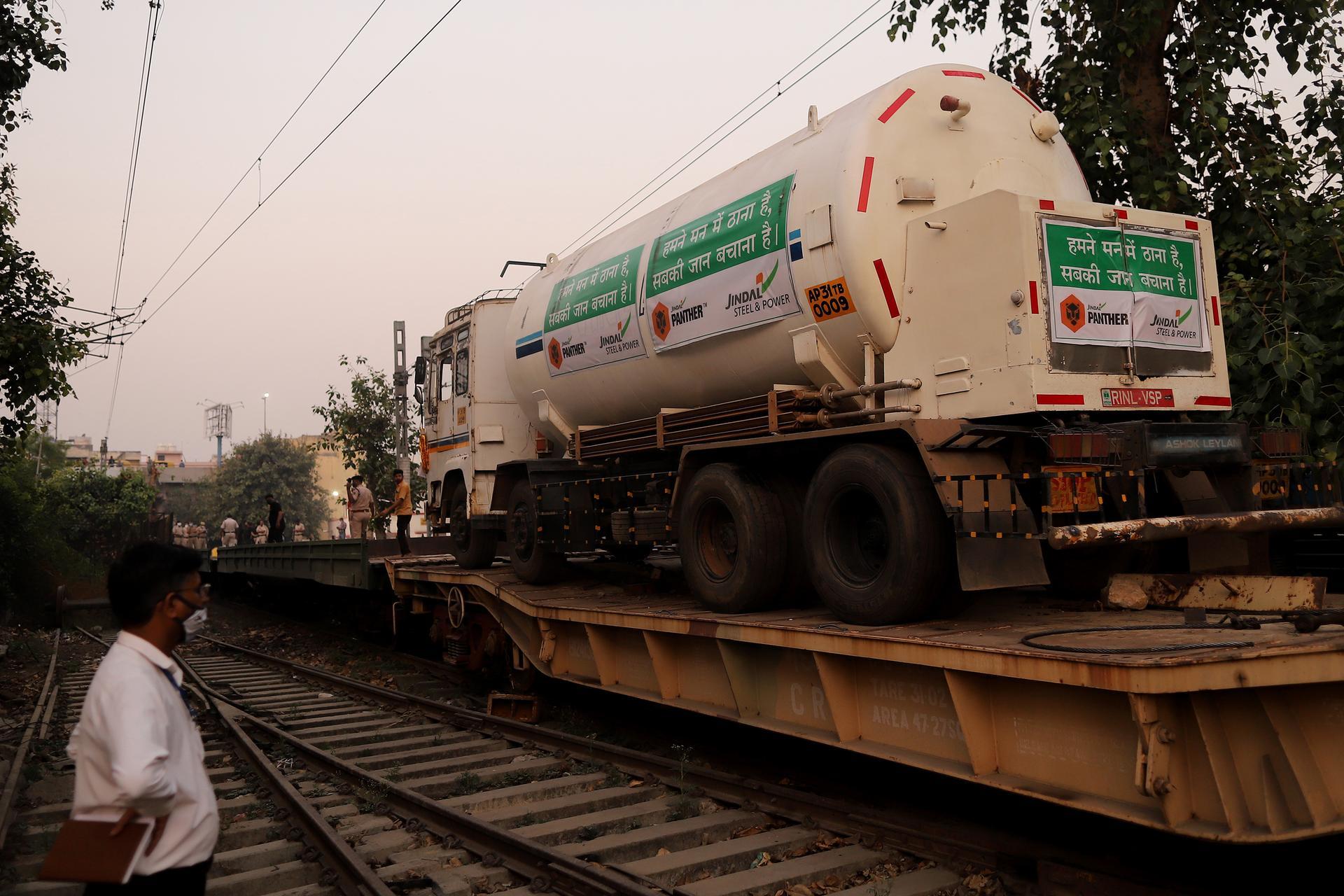 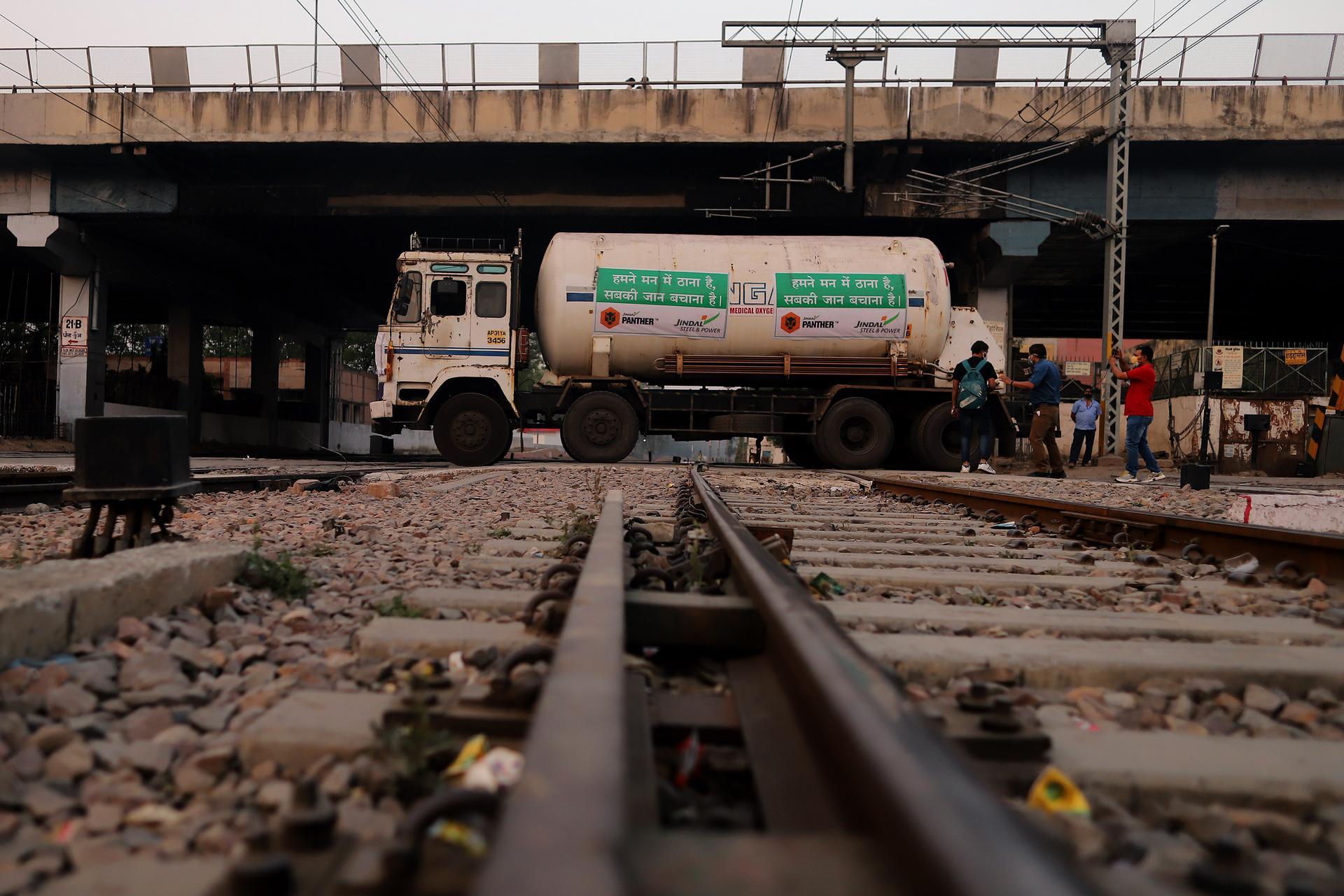 Indian authorities are using the country’s vast railway network to transport oxygen across the country. Bloomberg”> 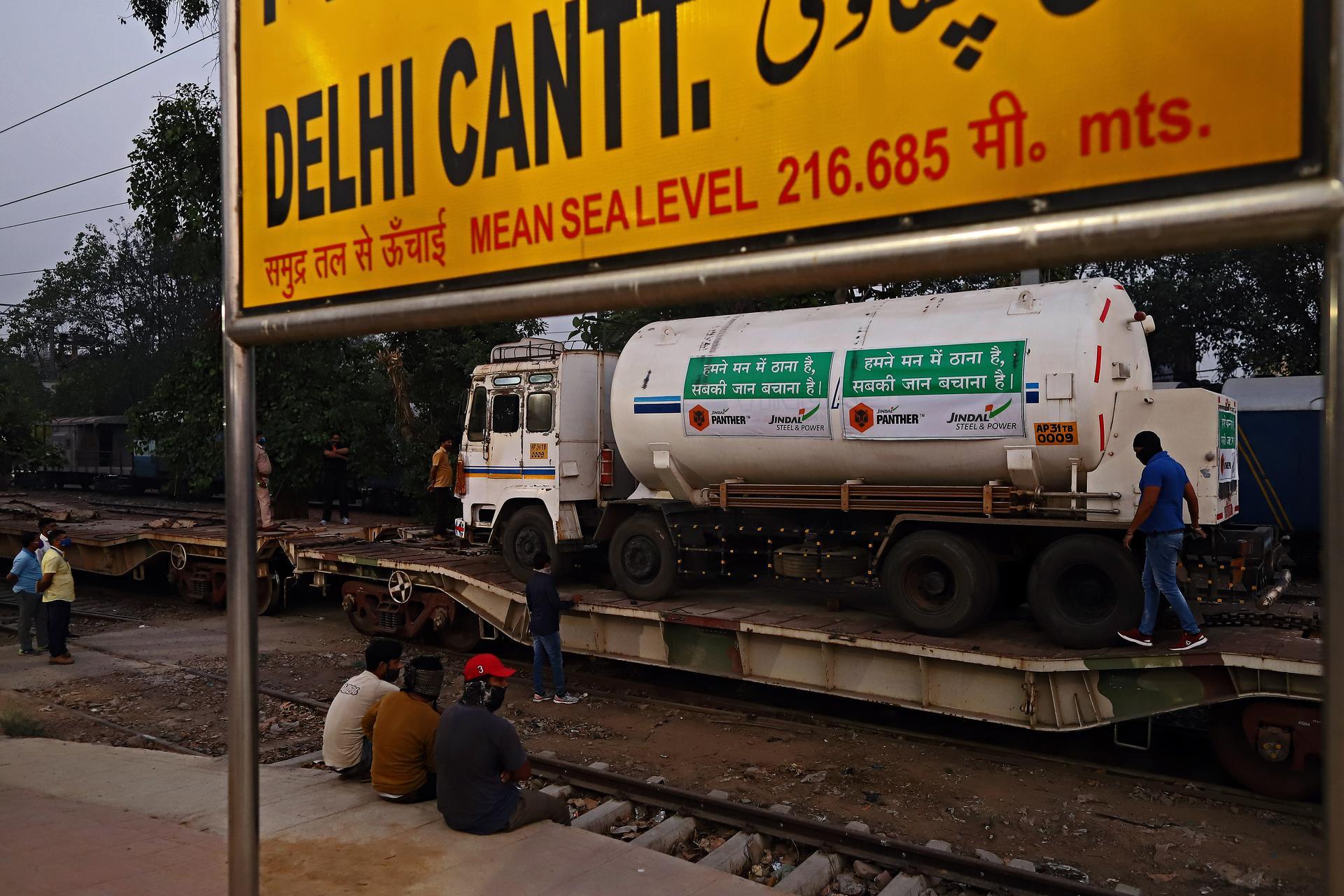 Hospitals across India are struggling with shortages of vital supplies such as oxygen. Bloomberg”> 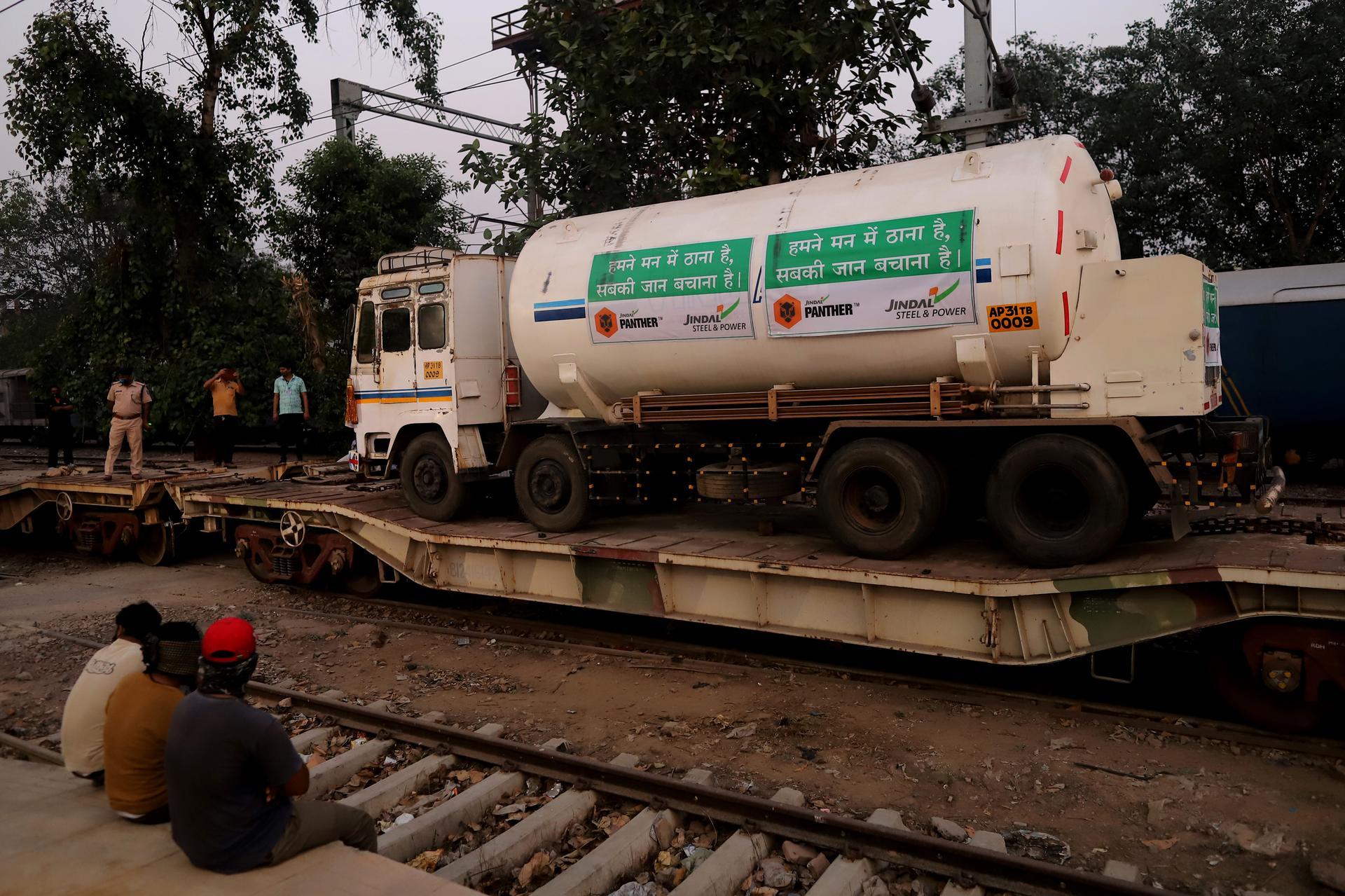 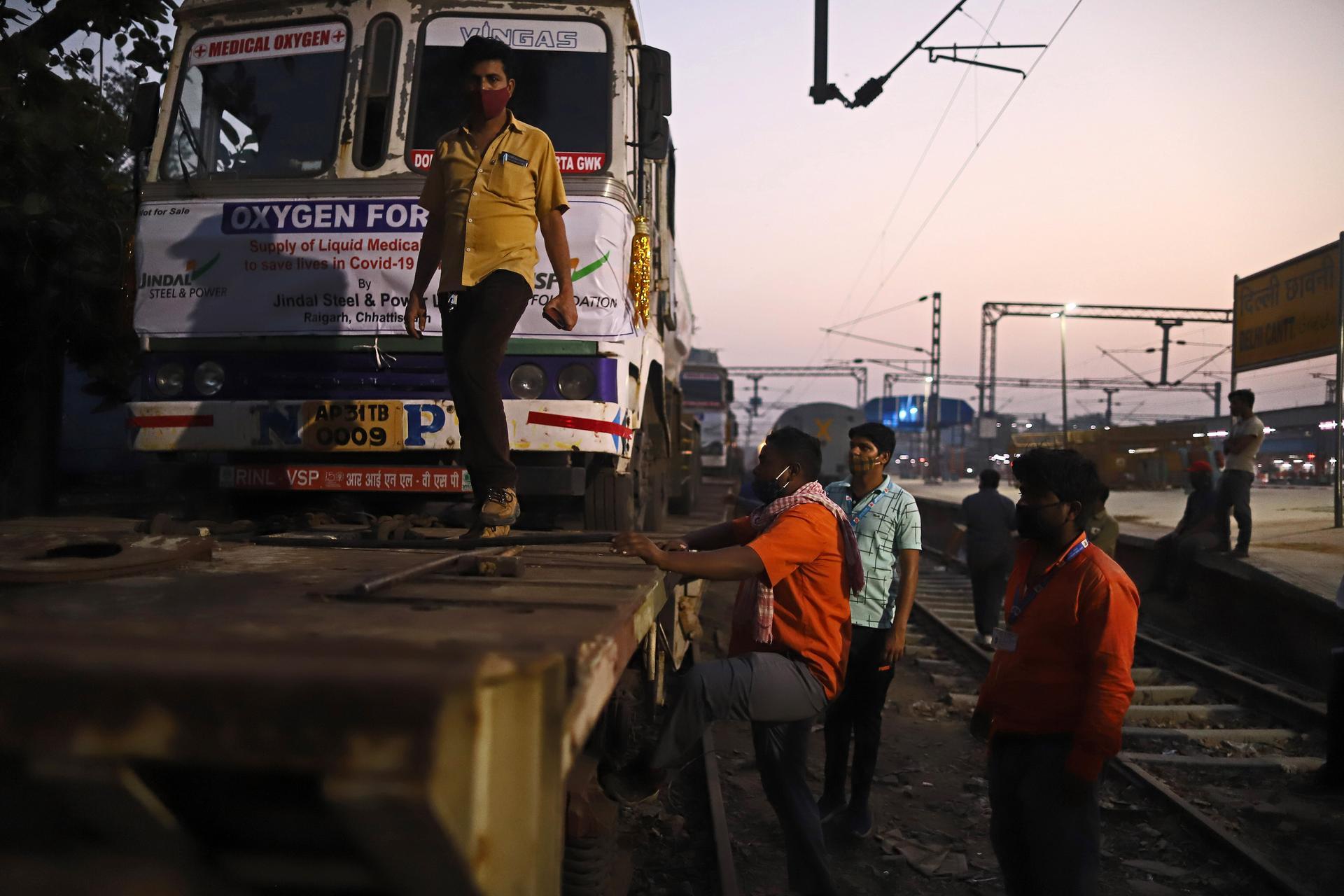 A tanker arrives in Delhi after being transported by rail. Bloomberg”> 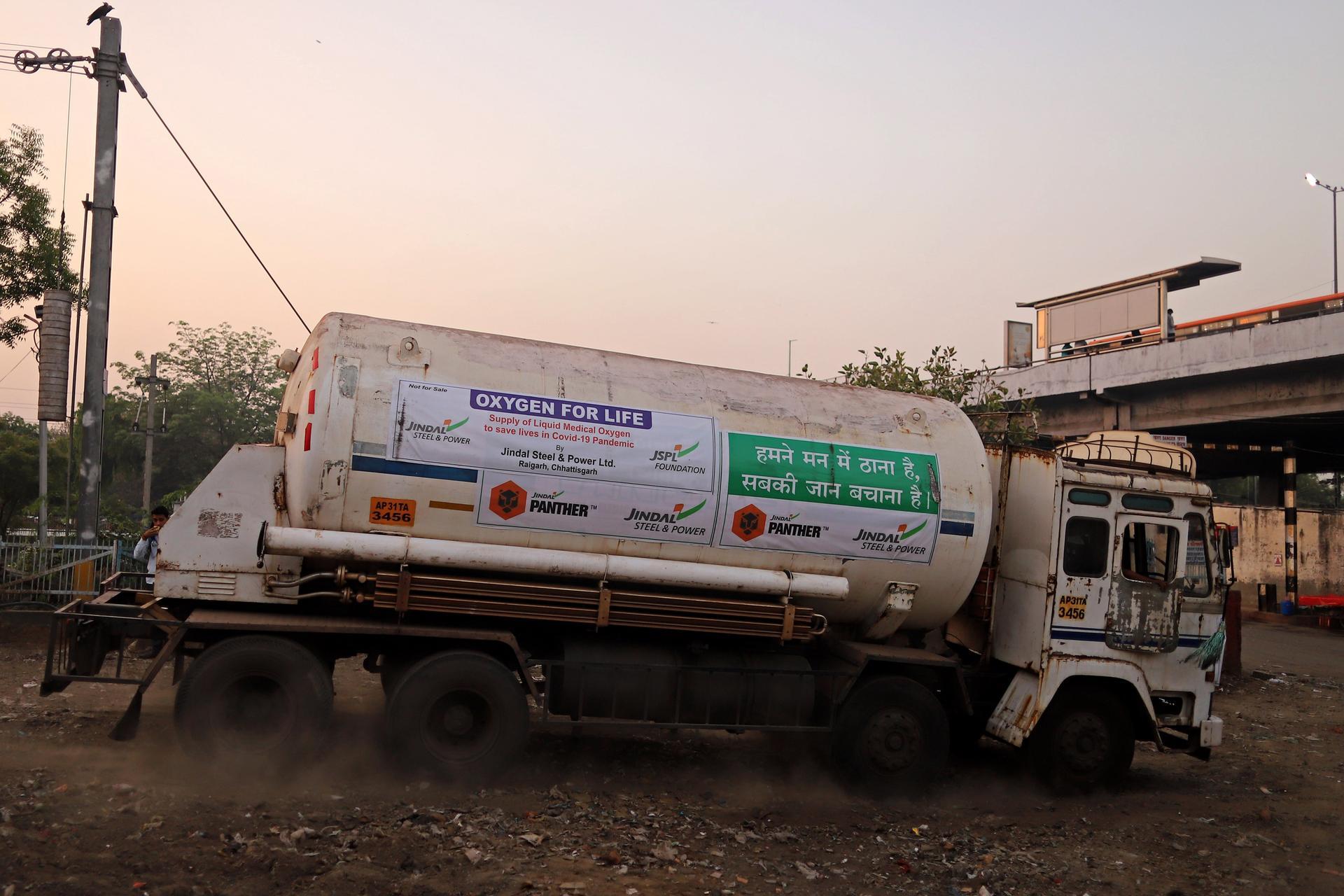 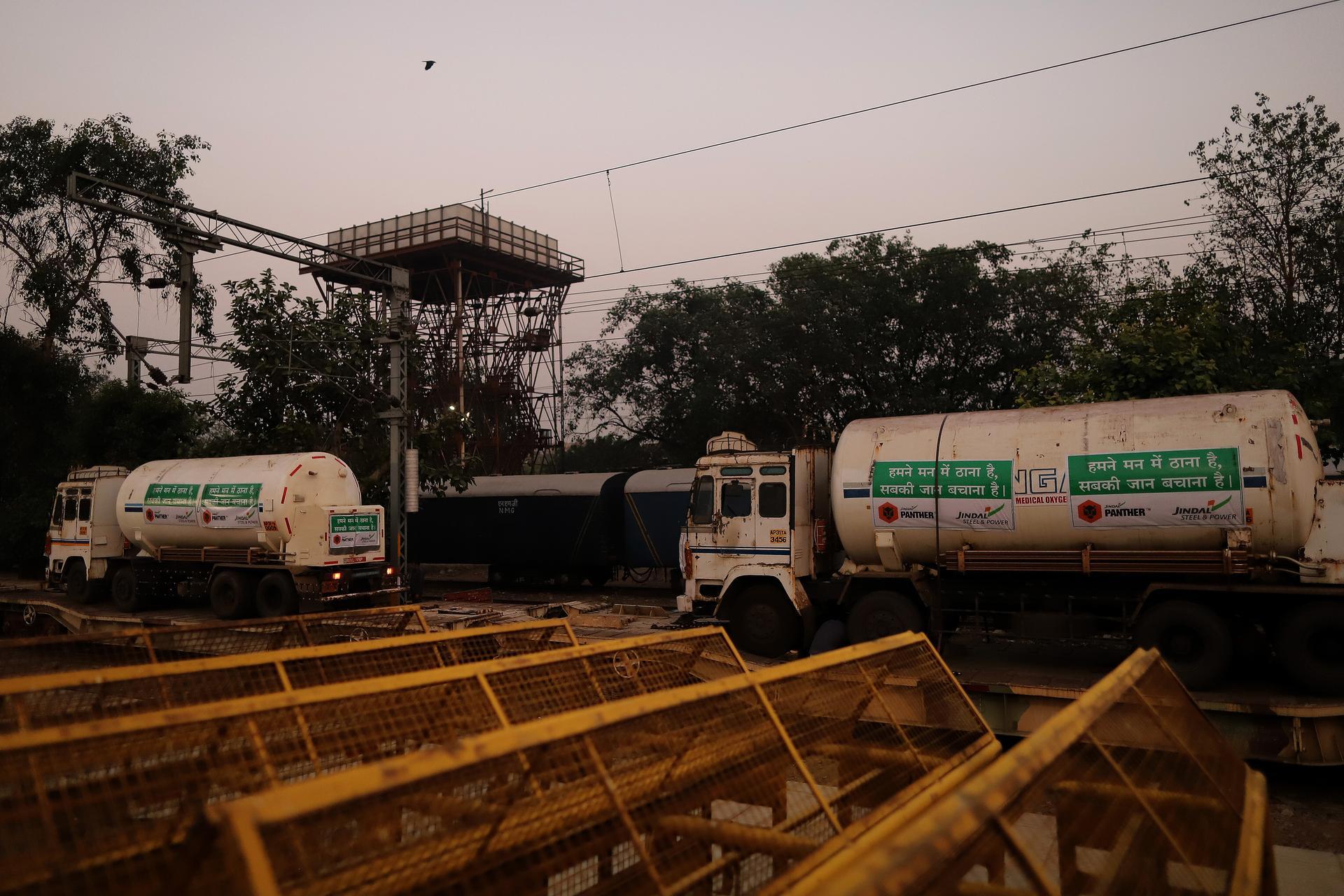 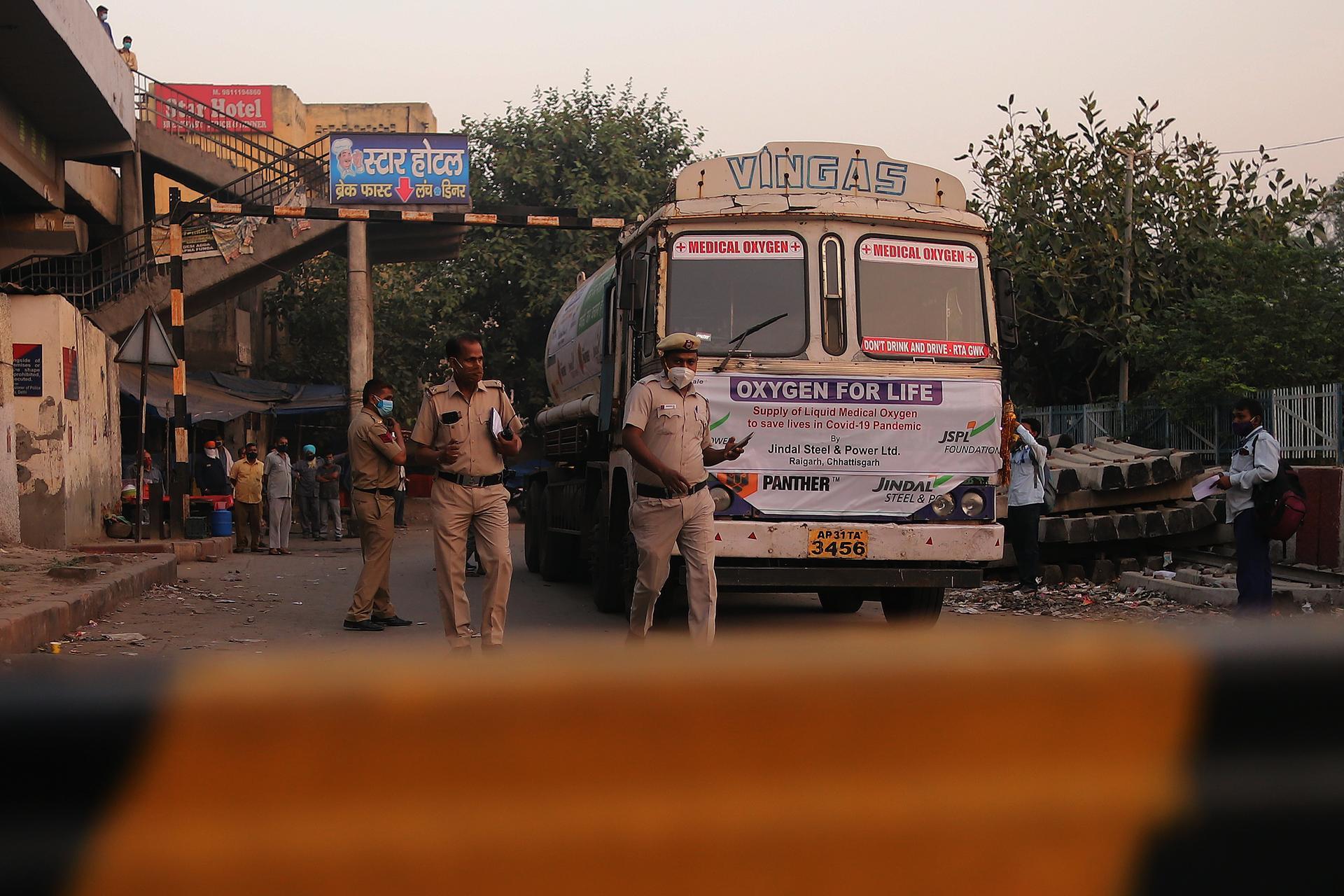 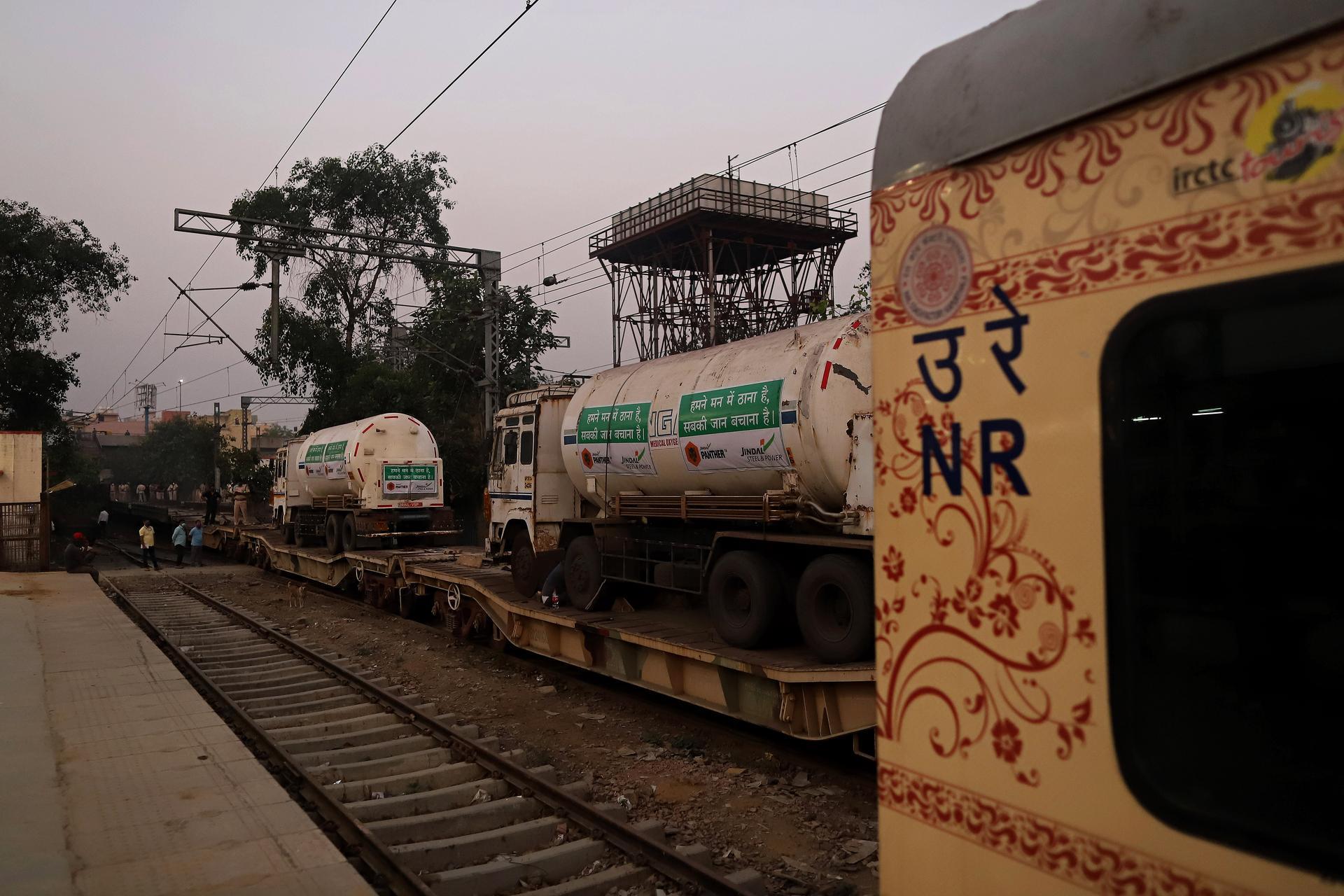 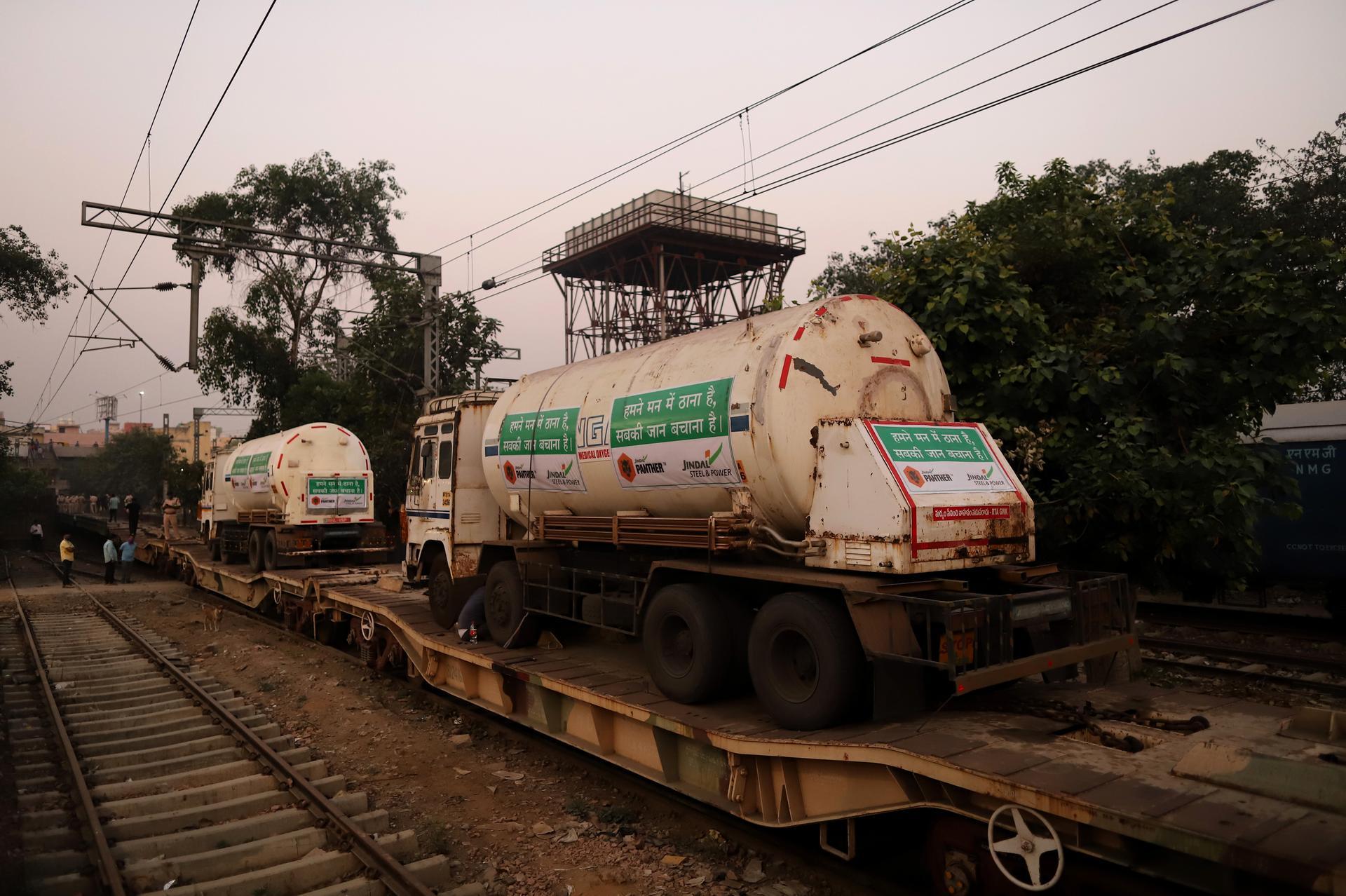 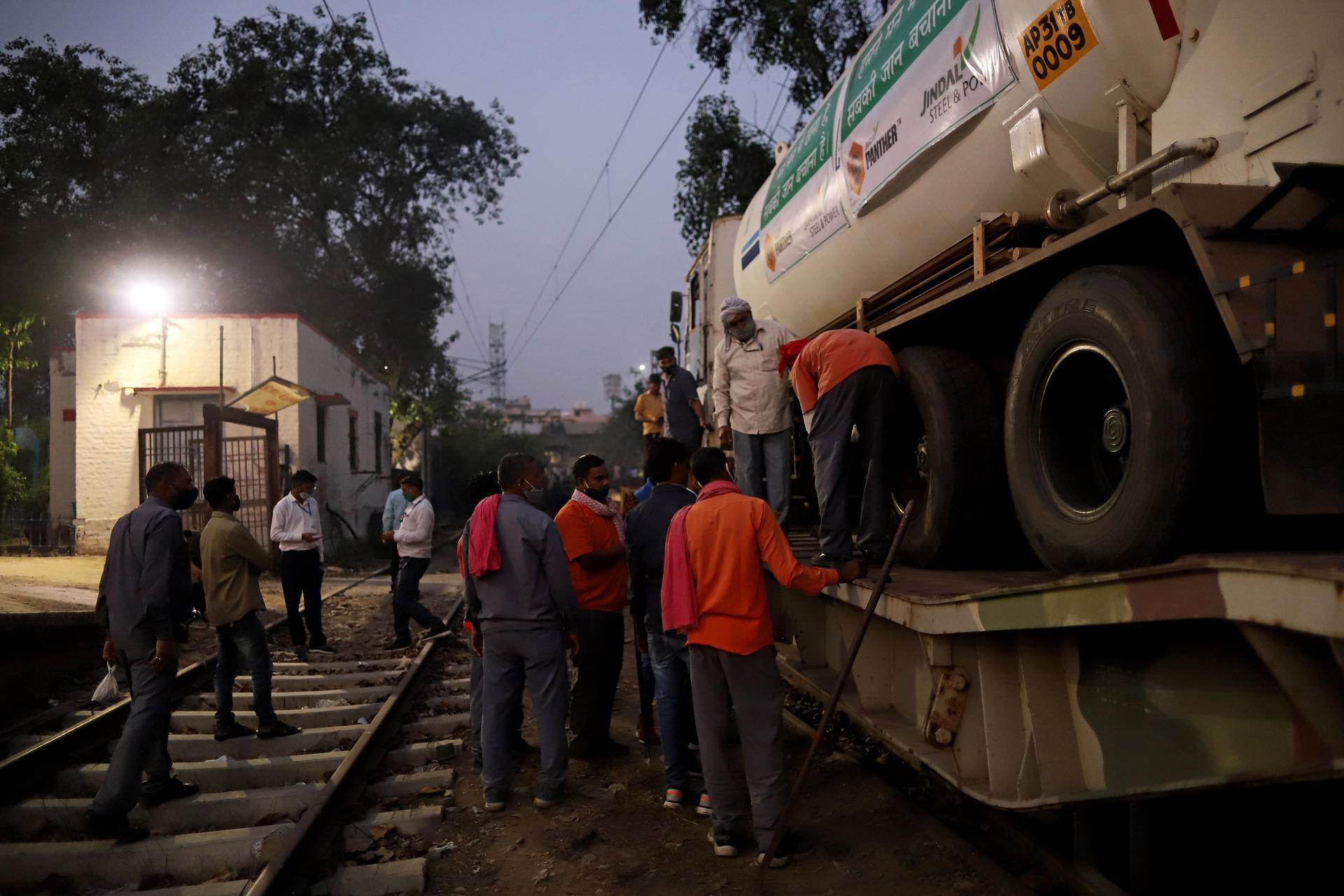 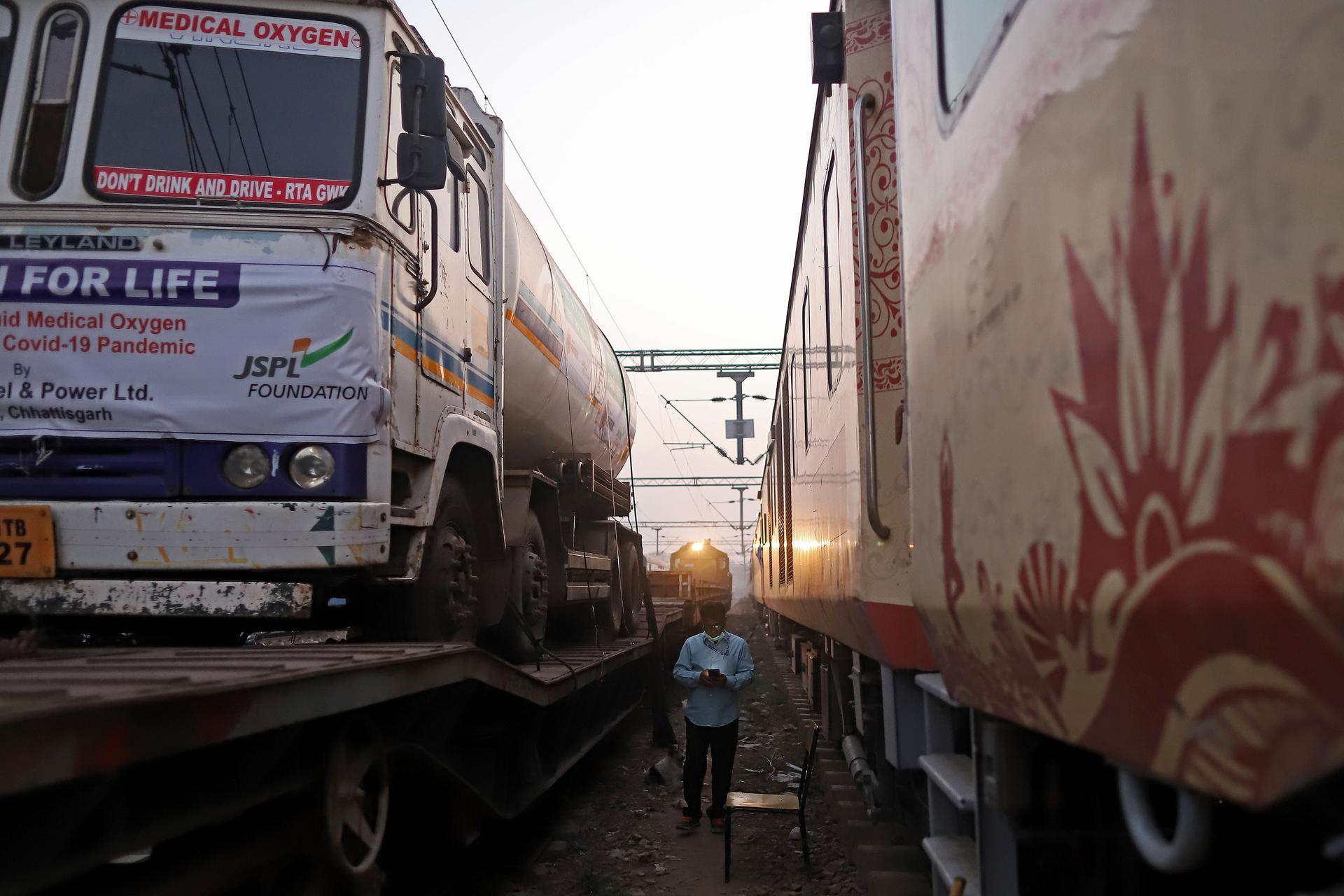 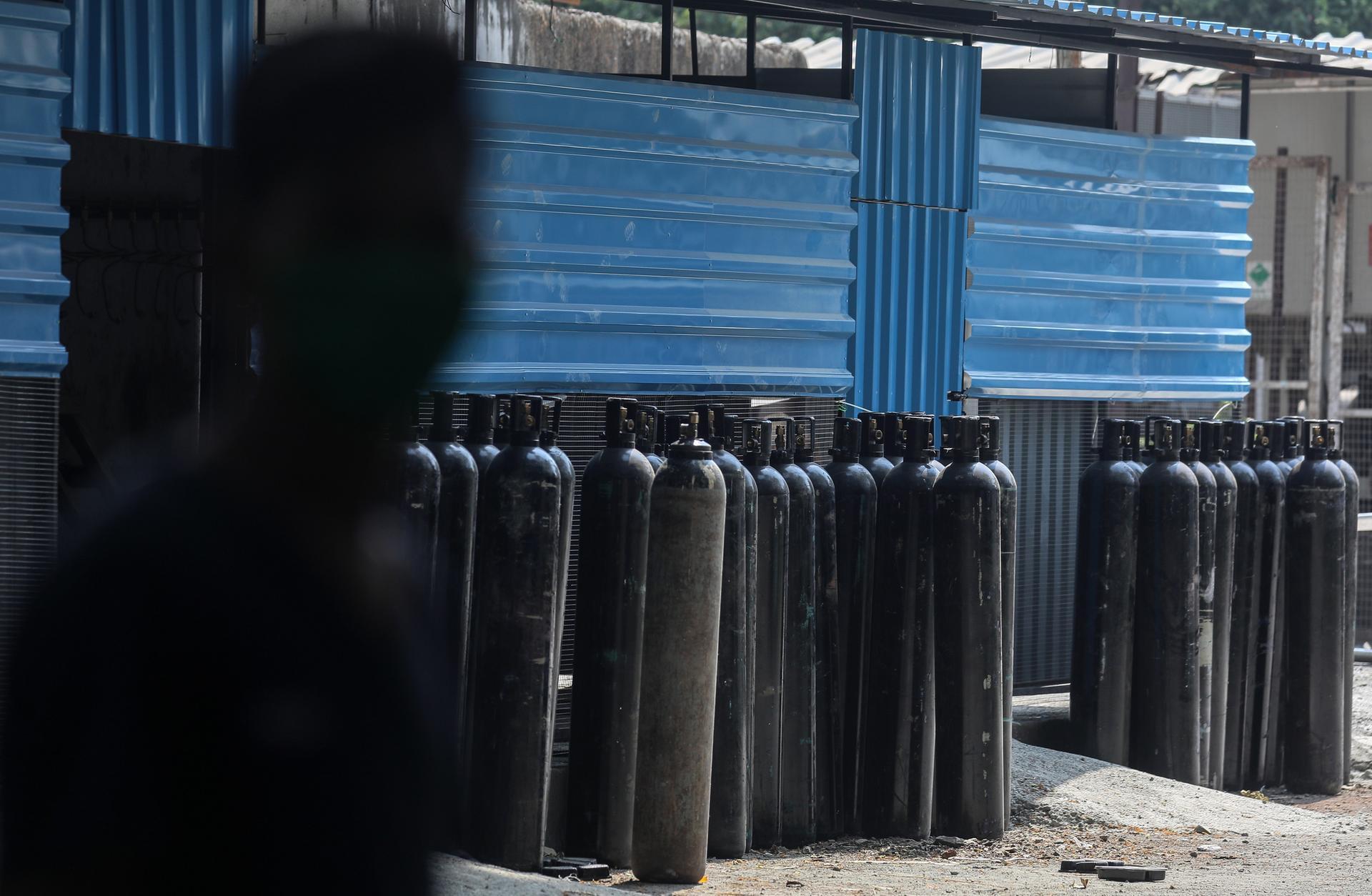 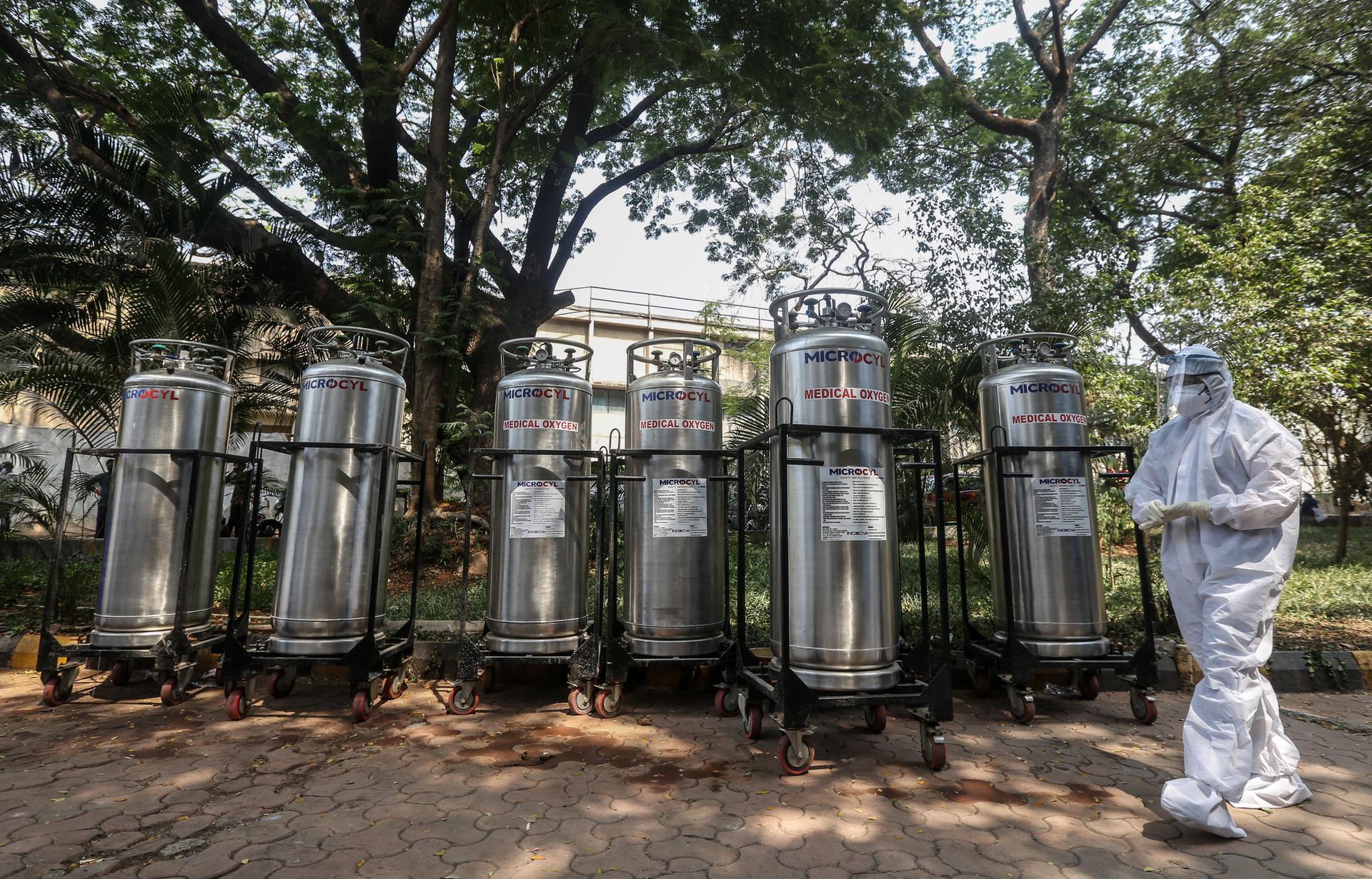 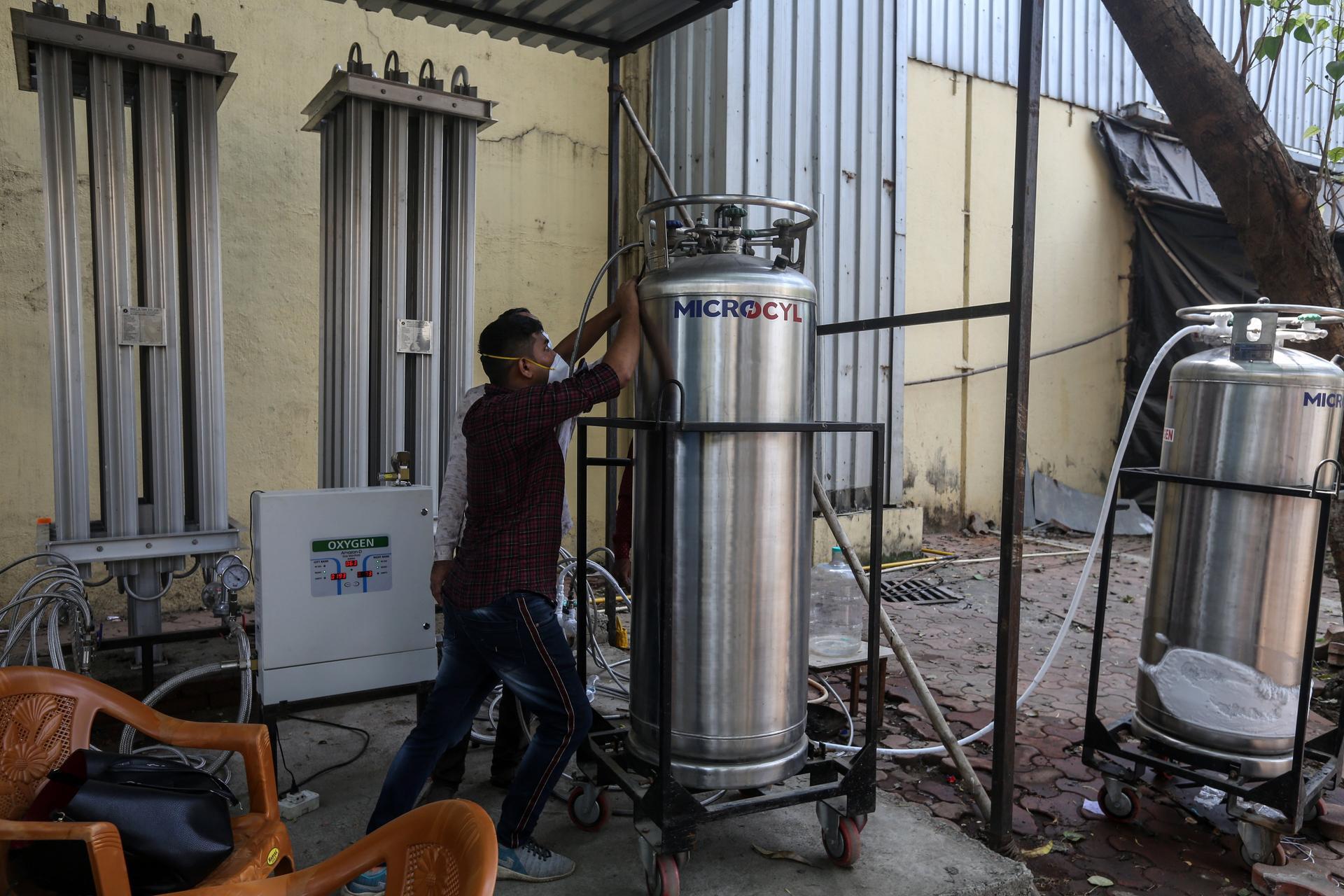 Workers clean the floor near the beds inside a newly opened Covid-19 centre in Mumbai. EPA”> 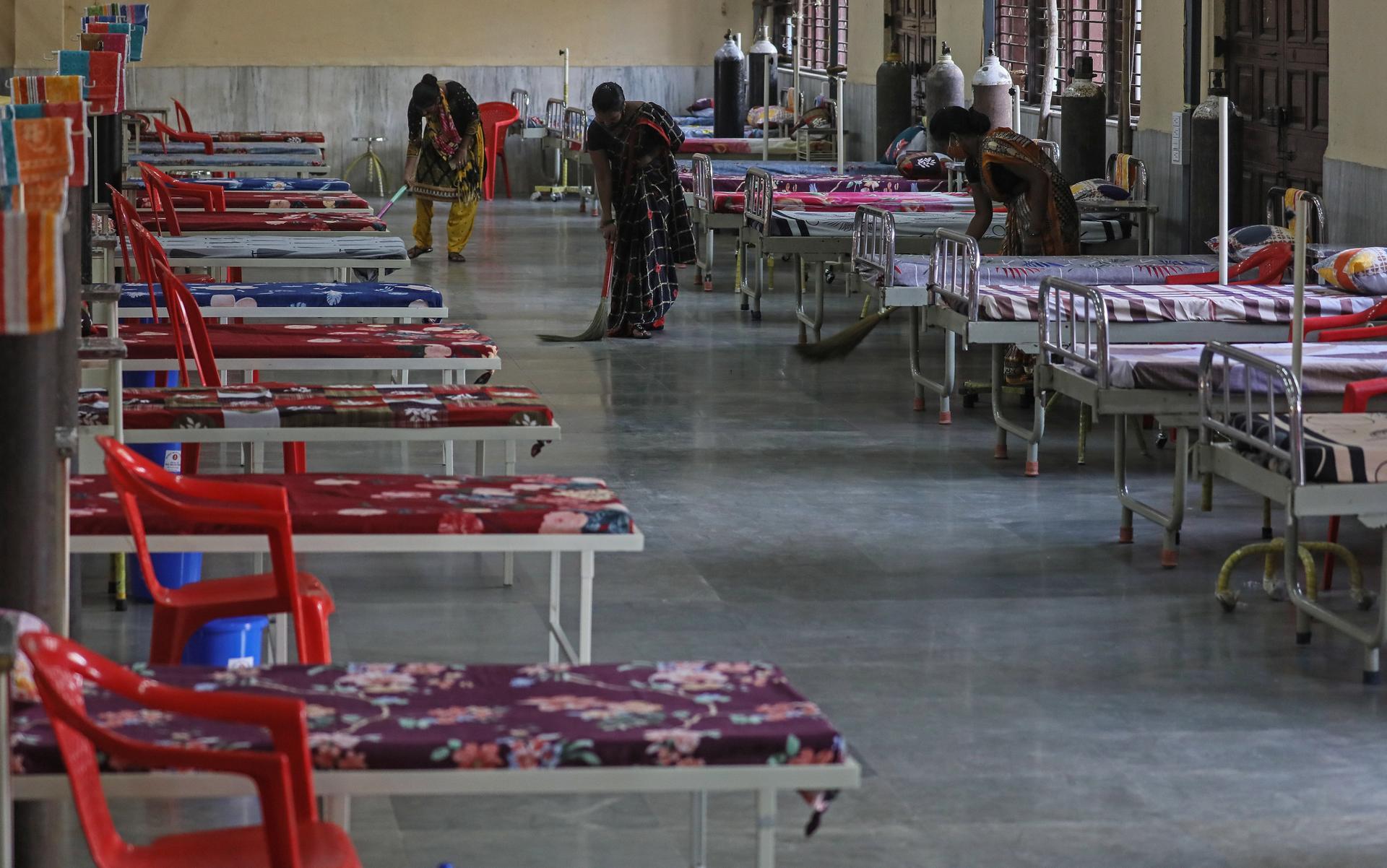 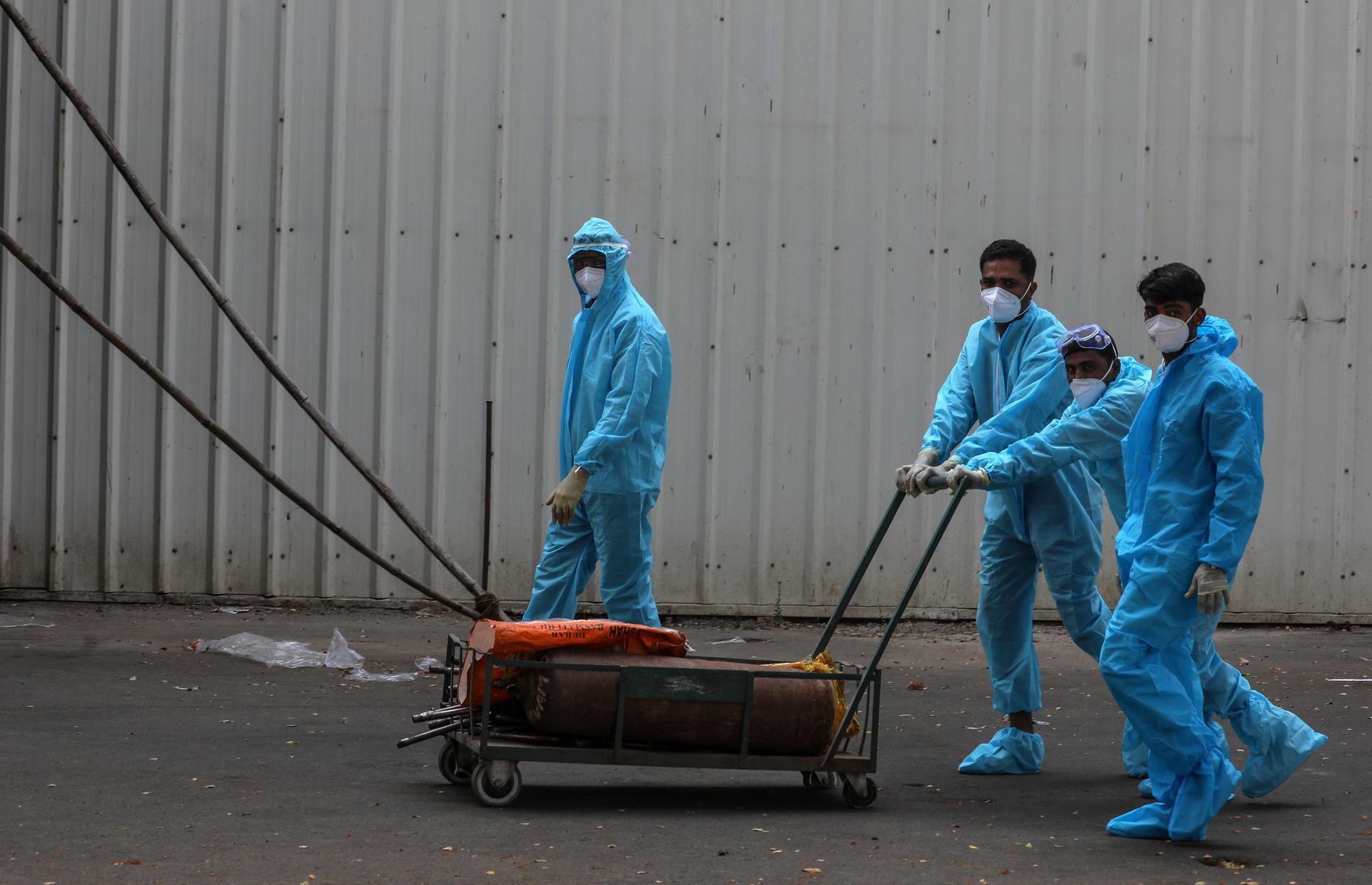 Pratik Sen, from Ghaziabad city near Delhi, said he searched for two days to find an oxygen cylinder for his elder brother, whose blood oxygen levels were dipping by the hour after contracting Covid-19.

He finally found an agent outside a local hospital who agreed to sell him an empty cylinder for $600.

“He charged almost four times more but I had no other option. It was about life and death,” Mr Sen told The National.

“It took me another day to arrange the gas,” he said.

Mr Sen paid 2,000 rupees to have the cylinder filled – about five times the normal rate – but considered himself fortunate.

Many desperate relatives post pleas for oxygen and drugs on social media, which criminals monitor to target them.

Police in New Delhi arrested a neurologist on Wednesday and recovered 70 vials of Remdesivir, a sought-after antiviral that is selling for 10 to 50 times its official retail price in India even though its effectiveness in treating Covid-19 is still debated internationally.

Police said the doctor used his connections and prescriptions to procure the drug from pharmacies and had sold it to nearly 150 families through his agents, who were searched for buyers on social media and offered the drug for $540 a vial, a mark-up of more than $500.

The gouging continues even after death, with hearses and funeral services being offered at inflated prices. Media reports quoted families saying they were charged between 5,000 and 10,000 rupees for a distance of five kilometres and that officials at crematoriums and graveyards were demanding more for services.

Several states have set fixed rates for ambulances and hearses carrying Covid-19 victims to crematoriums and graveyards, and threatened violators with jail terms.