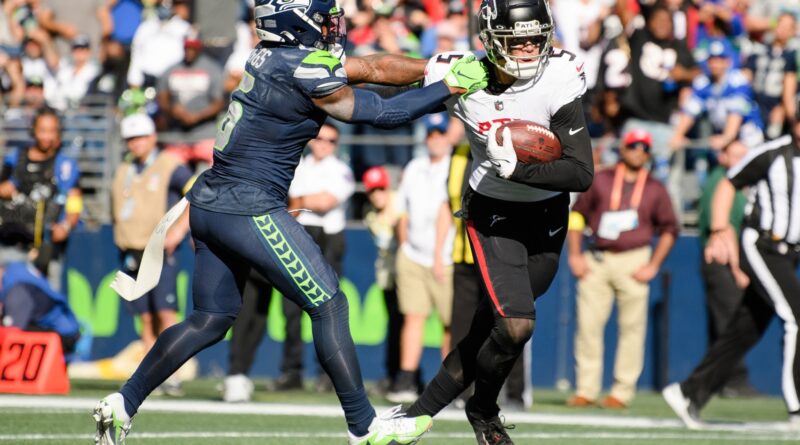 Leave it to the always upbeat Pete Carroll to find a ripple of hope in a sea of sadness.

Carroll’s Seattle Seahawks switched from a 4-3 to a 3-4 defensive front and designated a new defensive coordinator – former defensive line coach Clint Hurtt – this offseason. Through three weeks, they have one of the worst defenses in the NFL.

Still, Carroll believes the group can turn things around, starting with a Sunday tilt on the road against the Detroit Lions.

“We’re just making our adaptations,” Carroll told reporters this week. “We have to adapt to the guys and the scheme to make sure everybody is getting the stuff that they need and the prep that they need. It’s just ball coaching.”

Through three games, the coaching “adaptions” have not led to positive results.

Seattle is allowing 157 rushing yards a game, tied for second-worst in the NFL. The Seahawks have given up 8.38 yards per passing play, last in the NFL.

Seattle’s third-down defense is allowing conversions on 48.65 percent of attempts, tied for third-worst in the league. The Seahawks have forced opposing offenses to punt just four times in three games.

Since Carrol took over in 2010, it has always been about getting the ball back. But Seattle has forced four turnovers — just one of those an interception — through three games.

The Seahawks lost playmaking safety Jamal Adams for the season with a torn quad that required surgery, so they will have to adjust to not having one of their best defensive players available this season.

Hurtt said the fixes to his new scheme are attainable and boil down to better execution.

“Really, this game is about the ability to strike blocks, defeat blocks so you can get off and make tackles,” Hurtt told reporters this week. “That pertains to everybody, whether you are a D-lineman, edge player, off-the-ball backer or safety.

“That’s what this game has always been about, no matter what era you talk about playing in. So, that’s the area that we need to do better.”

Facing his former team, the Detroit Lions, on Sunday (1 p.m. ET on FOX and the FOX Sports App), Diggs was asked how his teammates responded to his truth-telling ways.

“My teammates know who I am,” Diggs said. “I might catch flak from some fans, but you guys have been around me enough to where I’m cracking jokes all the time. I keep it light 95 percent of the time, so the five percent that I go off. … It is a business and at the end of the day, you have to do what you do.”

When Seattle consistently contained the run early, Carroll was able to heat up the pass rush on third down, creating negative plays, sacks and turnovers for the Legion of Boom.

The Seahawks will get an opportunity to improve up front against the Lions, who have one of the league’s best rushing attacks. Detroit averages 170 yards per game, No. 3 in the NFL. The Lions are paced by D’Andre Swift, who has 231 yards and a touchdown on 27 carries, averaging an impressive 8.6 yards per run. He’s also an excellent receiver out of the backfield.

Veteran defensive tackle Al Woods attributed Seattle’s struggles defensively to six new starters on that side of the ball. Woods said Seattle’s defense just needs to battle through the adversity and “get hardened up,” so they can learn from their mistakes and hopefully begin to play better sooner rather than later.

Added Hurtt: “I’m just as irritated and pissed off as anybody else, but you just work your way through. I always look at it like raising your kids. Sometimes my kids will drive me nuts, and I want to lock them away for a minute until I calm down, but in real life you can’t do that. You have to have patience. You have to have grace in this stuff, and you have to keep battling though the tough times.”