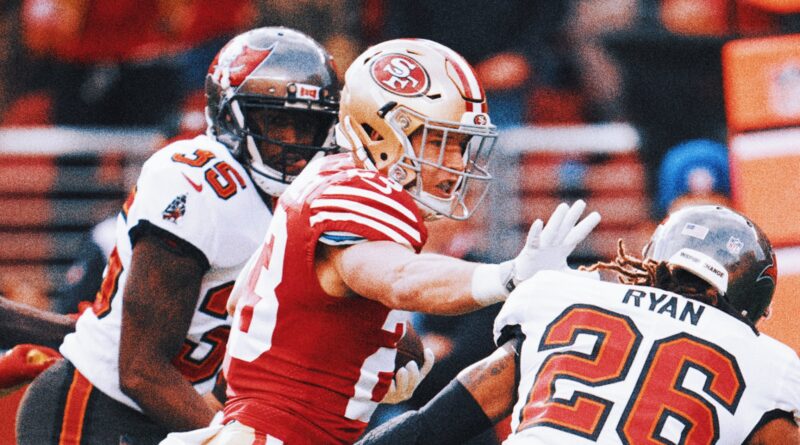 But with the Seahawks chasing a postseason berth, Hurtt’s unit has issues again stopping the run. Since Week 10, the Legion of Gloom has allowed 838 rushing yards, second-worst in the league to the New York Giants (848) during that span. The Seahawks gave up 101 rushing yards in the fourth quarter alone in last week’s 30-24 loss to the Carolina Panthers.

Losers of three of their past four games, the 7-6 Seahawks face one of the most efficient running offenses in the league when the NFC West-leading San Francisco 49ers (9-4) enter Lumen Field Thursday with division title hopes on the line.

“When you play the run game, it’s a six-second fist fight,” Hurtt told reporters this week. “You are duking it out, and you have to battle, understand what your responsibilities are within a gap or stunt or whatever that you have to cancel out.

“Also, there is a level of unselfishness that comes in with it too — to make sure that you understand what your responsibility is and how you understand how it is helping the guy that is either playing adjacent to you or behind you, to get your job done.”

Craig Carton previews the Thursday night game, highlights the importance for both teams and lays out the NFC playoff picture.

The 49ers boast the No. 9-ranked rushing offense in the league, averaging 130.6 yard per contest. Christian McCaffrey leads San Francisco’s ground game, with 819 rushing yards and nine total touchdowns on the year, including his time with the Panthers. The Stanford product particularly excels on inside runs, with 494 yards on runs between the tackles, according to Next Gen Stats. The Seahawks allow a league-high 869 yards on run between the tackles, per Next Gen Stats.

“His versatility is rare and complete,” Seattle coach Pete Carroll said about McCaffrey. “There is nothing that he doesn’t do well. He does everything; it’s also in the throwing game of all the variety of things he does in the passing game. He plays like a receiver, and he plays like a running back coming out.

“They are really good at utilizing him for matchups and things like that. The running game is a part of it. He can run it all, and he’s very opportunistic. He rarely misses a read. He rarely misses a chance to take advantage of the defense. So you’re getting his best shot every snap.”

While the Seahawks will gear up for McCaffrey, they won’t have to game plan for Deebo Samuel, who’s out with a sprained left knee and ankle. Bruising back Jordan Mason will fill the void in the running game with Samuel out.

Mason, an undrafted rookie out of Georgia Tech, has been a nice find for the 49ers. He has totaled 146 rushing yards in the past four games. Mason has been used mostly at the end of games to grind out the clock and put the game away. He should get more carries with Samuel unavailable.

With Brock Purdy possibly limited by oblique and rib injuries, the 49ers will lean on the running game to take pressure off the rookie quarterback playing on the road in a loud environment.

“Regardless of who we play, we always try and have a goal to be 50/50,” Niners coach Kyle Shanahan said when asked about Seattle’s struggles stopping the run. “But you just never know how the game is going to be — if you break some long runs or how many runs you attempt.

“I know their numbers are struggling, but it’s really never been that way when we play Seattle. They’re a tough group to run on.”

Seattle’s inability to stop the run has also affected the offense’s time on the field: The Seahawks have a league-worst 27 minutes, 40-second time of possession per game. Hurtt understands his defense must play better against the run to get his unit off the field and give the offense a chance at the upset victory.

“We have shown that in a streak of games where we have been able to shut down the run,” Hurtt said. “But it’s the consistency of doing the right things play after play that is the most frustrating thing that is hurting us right now.”