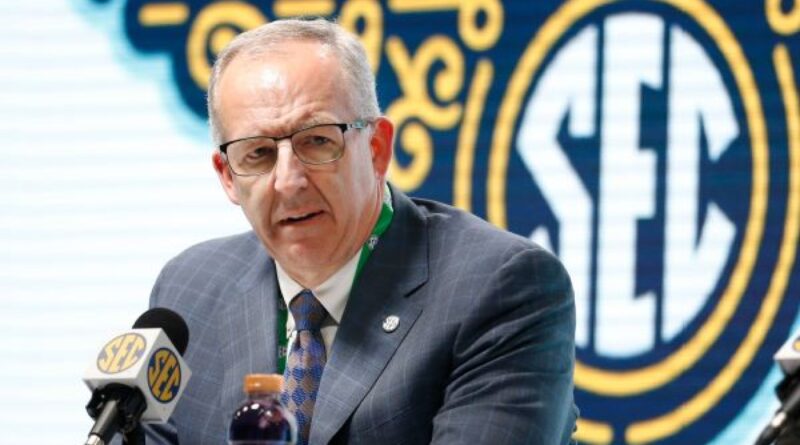 Sankey, speaking to reporters Saturday before No. 3 Georgia’s contest against No. 11 Oregon at Mercedes-Benz Stadium, said there is too much to do before the expanded playoff can take place and that every conference will have to get on the same page to make significant changes in a hurry.

“If history’s a lesson to help us understand the future, it won’t be easy,” Sankey said. “But minds change, motivations change. … There’s a bunch of moving parts. That’s where I wish we could have used the last nine months to work. We’ll have to accelerate our consideration to make it happen.”

On Friday, the College Football Playoff’s board of managers unanimously voted to expand the playoff to 12 teams starting in 2026. But the board, which consists of 11 presidents and chancellors, encouraged the sport’s commissioners to try to implement the expanded format as soon as 2024.

The 12-team playoff will include the six highest-ranked conference champions and six at-large teams.

The College Football Playoff working group, which included Sankey, first revealed in June 2021 that it was proposing a 12-team format. Conference commissioners seemed ready to vote to implement it, but the board of managers announced in February that the four-team model would remain in place through the end of the 12-year television contract that runs through the 2025 season.

The ACC, Big Ten and Pac-12 were opposed to the expanded playoff. But following another wave of realignment, with USC and UCLA moving from the Pac-12 to the Big Ten and the Big Ten agreeing to a seven-year, $7 billion media rights deal in August, expanding the CFP once again took center stage.

“I’m probably not the one to ask what changed,” Sankey said. “Others are probably incentivized because they made expansion decisions that go into effect early next year. They’re probably looking at opportunities sooner rather than later. Ours is slated for 2025, and we made that decision knowing it could be a four-team playoff then. I’ve said repeatedly, with great meaning, that [the SEC] could have stayed at four beyond [the current deal], based on what took place the last 12 months.”

Sankey said CFP expansion wouldn’t necessarily change the SEC’s timeline for bringing Oklahoma and Texas into the league in 2026. The Sooners and Longhorns have said they intend to remain in the Big 12 until its media-rights contract expires at the end of the 2024-25 academic year. The schools would have to pay hefty buyouts to exit earlier, unless they can reach a settlement with the Big 12.

“That is a decision to be made between the Big 12 Conference and the University of Oklahoma and University of Texas,” Sankey said.