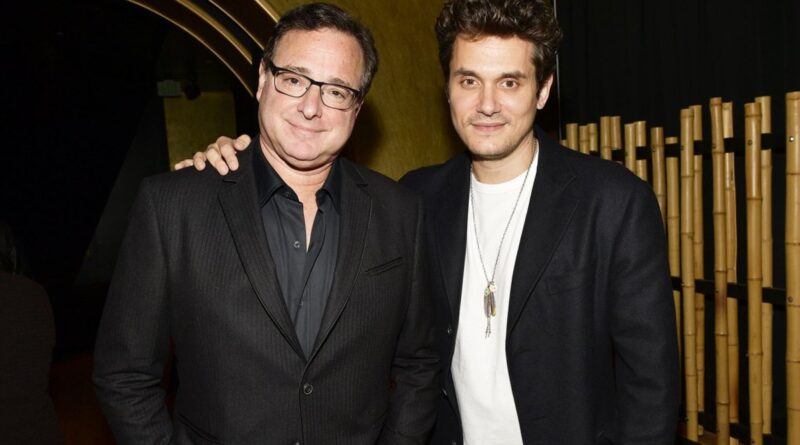 “He accepted us, and acceptance is the boring part of love but it’s just as important,” Mayer says of Saget in the trailer.

It’s been five months since Bob Saget‘s untimely death, and on Friday (June 10), Netflix is honoring the beloved comedian by bringing his famous friends together for a tribute special.

The streaming platform unveiled its teaser for Dirty Daddy: The Bob Saget tribute on Thursday (June 9), which features an appearance from the late star’s dear friend, John Mayer.

In one scene of the trailer, the “New Light” singer is seen sitting onstage with a guitar behind Saget’s Full House costar John Stamos. “I want to read my last text from Bob,” Stamos shares, pulling out his phone, “It said, ‘I love you so much. I will say God gave me the brother that I wanted.’ I said, ‘Well, you have a lot of God-given brothers, but I’m first, right?’ And he said, ‘Mayer is an amazing friend, but he’s more fair-weathered. You are always there, so you’re number one.’”

Mayer immediately burst into laughter upon hearing the contents of the text, and in another scene, the seven-time Grammy winner says of his departed pal, “He accepted us, and acceptance is the boring part of love but it’s just as important.”

The comedian was found dead at age 65 in his Orlando hotel room on Jan. 9. At the time, the sheriff’s department said no signs of foul play or drug use had been found. In February, Saget’s relatives confirmed that authorities have determined the cause of death to be head trauma.

“They have concluded that he accidentally hit the back of his head on something, thought nothing of it and went to sleep,” the family stated of the investigation into Saget’s death.