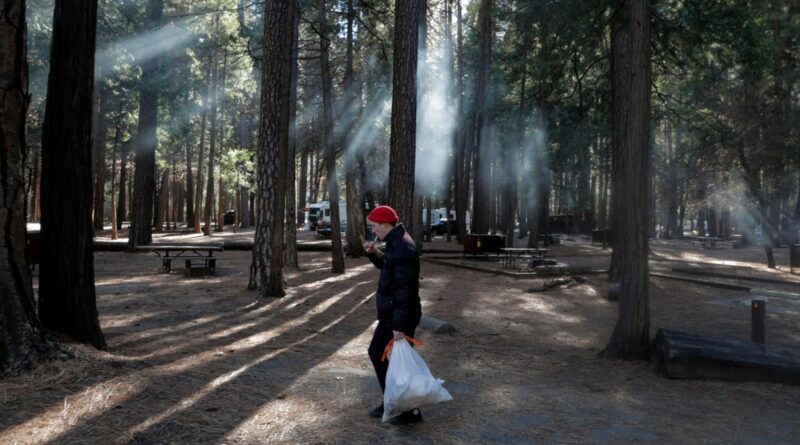 You’re hiking through glorious nature when you see it—a dirty, squished plastic water bottle along the trail. Instead of picking it up and impotently cursing the litterer, you can now take another small helpful step—you can report the trash to a new data project that aims to inspire policy change. Environmental nonprofit 5 Gyres is asking national park visitors in the U.S. to log trash they see through a new site called TrashBlitz.

The organization, which is dedicated to reducing plastic pollution, created TrashBlitz to gather data on how much, and what kind, of plastic and other litter is clogging our parks. They want to encourage realistic plastic pollution reduction plans for all 63 national parks.

Once registered on the TrashBlitz website, park visitors can specify the types of trash that they’ve spotted, such as if the discarded item was used for food packaging. According to 5 Gyres, the data will contribute to a report to be published this fall on the top items discarded, the materials, and the brands that have created the most waste across national parks.

The TrashBlitz initiative is set to run from early July through September. This call-to-action comes about a month after the U.S. Department of the Interior announced it’s going to phase out the sale and distribution of single-use plastic items on public lands and national parks. But it doesn’t plan on completing that phase-out until 2032.

“While we applaud Secretary Deb Haaland for her leadership and commitment to reducing plastic waste on public lands, a 10-year timeline is far too long,” Alison Waliszewski, policy and outreach manager at 5 Gyres, said in a statement. “We hope that the data from Plastic-Free Parks TrashBlitz can help to identify the top items and brands that are polluting national parks to determine where we need to shift our focus first.”

5 Gyres hopes the data can help the National Parks Service and the Department of the Interior focus on the worst offenders, 5 Gyres wrote in an online post about the initiative.

There’s a huge need to reduce the more than 70 million tons of waste that is managed in parks every year. And most Americans do want to get rid of single-use plastics on public lands: According to a poll from Oceana, an ocean conservation group and one of several 5 Gyres partners, 82% of Americans support a phase-out of disposable plastic in our national parks.

Hundreds of millions of people visit national parks throughout the U.S. every year. Without an aggressive plastic mitigation plan, there will be more opportunities for trash to end up in waterways and other habitats, harming wildlife.