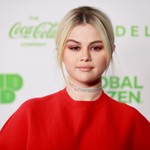 On Tuesday (Aug. 3), Gomez took to Twitter to call out the “tasteless” line. “I am not sure how writing jokes about organ transplants for television shows has become a thing but sadly it has apparently,” she wrote. “I hope in the next writer’s room when one of these tasteless jokes are presented it’s called out immediately and doesn’t make it on air.”

She went on to thank fans for always having her back and also urged followers to become organ donors and provided a link to sign up.

In the Saved by the Bell reboot, which premiered in November 2020, two high school students were seen arguing about who the donor was for Gomez’s kidney transplant. “I know for a fact that Selena Gomez’s kidney donor was Justin Bieber’s mom. God, I wish that I had my phone so that I could prove it,” one character says. The other student replies, “Prove what? That you’re an idiot? It was Demi Lovato’s kidney. They’re best friends, like you and I were.” In a later scene, the words “Does Selena Gomez even have a kidney?” were written near some lockers on the walls of the high school. The show later apologized, made a donation to The Selena Gomez Fund for Lupus Research at USC and removed the scenes from the Peacock series.

Gomez has lived with Lupus for many years and underwent a kidney transplant in 2017, later revealing that the donor was her best friend Francia Raisa, who responded to the Saved by the Bell producers’ apology back in November: “Appreciate the apology but let’s not forget about the donors that potentially felt offended and dismissed from the spray paint written on the wall.”