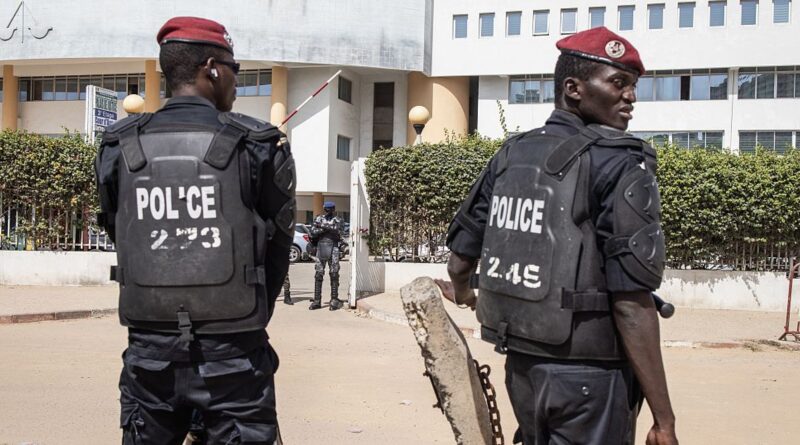 The Senegalese authorities on Thursday banned a demonstration planned for Friday in Dakar by the opposition, to denounce irregularities in the management of an anti-covid fund identified in a report by the Court of Auditors, an official source said.

A decree by the prefect of Dakar states that “the place chosen (for the demonstration) is the subject of major works” linked to a project for buses running on exclusive lanes and the preparation of the Independence Day scheduled for 4 April.

The Place de la Nation, the place planned for the demonstration, “is marked by a continuous presence of machinery and workers which now makes it impossible to hold gatherings, due to the risk of accidents” and delays in the work, the text said.

The prefect therefore said he was “unable to give a favourable response” to the opposition’s request.

The Place de la Nation, near downtown Dakar, usually hosts demonstrations, such as the one on 30 December called by civil society organisations against irregularities in the management of the anti-covid fund.

The main opposition coalition Yewwi Askan Wi (YAW, Libérons le peuple in Wolof) had called for a demonstration on Friday to “contest the way this government is managing our public funds” and against “the democratic backsliding and impunity of the men in power”.

An audit report by the Court of Auditors of Senegal, published in mid-December, concerns the expenditure made in 2020 and 2021 on the “Fund to fight against the effects of Covid-19”.

The document pointed to “shortcomings”, “over-billing”, “lack of justification” for expenses, some of which, moreover, are “not linked to covid”.

The government defended itself by stressing that the failures reported concern less than one percent of the total amount of the fund and promised to follow the recommendations of the Court of Auditors, which has requested the opening of judicial information against officials in the ministries.