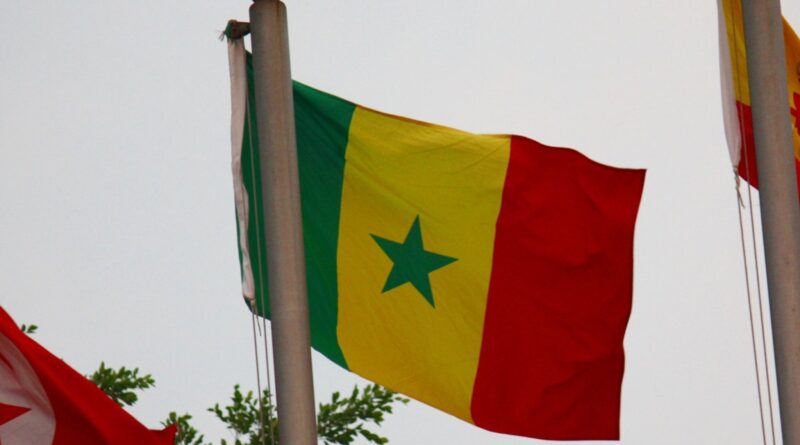 Far-right MP Marine Le Pen is in Senegal for three days – her first trip abroad since failing to clinch the French presidency in April last year. The visit is an opportunity to hone her international profile, but why Senegal?

Le Pen arrived in Dakar on Monday evening. The head of the National Rally (RN) parliamentary group had reportedly planned her visit for some time, but it was kept secret until the last minute.

Precise details of her agenda have not been made public and only a few hand-picked media are in attendance.

Aides say she will meet members of civil society, business people and politicians to discuss issues including economic development, agriculture, food autonomy and security in Africa.

Her entourage insists she will meet President Macky Sall, though this has not been confirmed by the presidency according to RFI’s correspondent Charlotte Idrac.

Political analyst Emmanuel Dupuy, president of the Institute for European Perspective and Security Studies, believes the meeting will take place.

“She would not have gone to Senegal if she risked being snubbed by Macky Sall,” Dupuy says.

Le Pen outlined her vision for global North-South relations in an open letter published in L’Opinion magazine ahead of the trip.

“To improve stability in the world, we must stop denying Africa, with its 1.5 billion inhabitants, its legitimate place in the international community’s organisations,” she wrote.

Le Pen also highlighted her support for Senegal to become the first African country to hold a permanent seat on the UN Security Council.

This is Le Pen’s first trip abroad since losing out to Emmanuel Macron in the April 2022 presidential elections.

“She hopes to enhance her status on the international scene as she sets her sights firmly on the 2027 presidential election,” wrote Africa specialist Nicolas Beau in Mondeafrique.

Dupuy agrees it marks “the start of carving out an international profile”, describing her choice of Senegal as “shrewd”.

Senegal is a relatively stable country compared to neighbouring Guinea, Mali or Burkina Faso, which have all witnessed recent coups d’etat. It has more than 5 percent economic growth, Dupuy points out, and has a long history of friendship with France.

“Senegal shares French values which to an extent Marine Le Pen wants to claim as her own,” Dupuy says.

Values such as the original spirit of Gaullism, francophonie and the model of Franco-African cooperation defended by former French minister and writer Leopold Senghor – the first president of Senegal after independence.

The fact that Sall is one of President Macron’s closest political allies also made Senegal a judicious choice, argues Dupuy. “It makes it complicated for Macron’s party to criticise Le Pen’s visit.”

Le Pen’s anti-immigration stance, while less extreme than that of her father Jean-Marie Le Pen – who has been fined for using racist language – has earned her few friends on the African continent.

Her last trip was to Chad in 2017, when she talked of an end to françafrique – in reference to the continuing interdependence between France and its former African colonies.

She also spoke of increased sovereignty and boosting the cooperation budget to back education and agriculture in order to stem emigration.

She may employ similar rhetoric in Senegal.

But relations between France and some of its former colonies in West Africa have worsened since 2017, with anti-French sentiment spilling onto the streets of Mali, Burkina Faso and Guinea.

Given the tensions, Nicolas Beau says Le Pen’s discourse in Senegal may not be audible.

“At best it will encounter indifference,” he wrote.

The trip entails an element of risk, compounded by the fact the Senegalese president “faces strong opposition from within the country in the lead up to elections in 2024”.

But Dupuy says Sall has little to lose.

“Le Pen is visiting as an MP, the leader of the National Rally group in parliament and a member of the parliamentary commission on foreign affairs,” he says.

“I can imagine Sall saying he is simply receiving a member of the French political spectrum as he would any other”.

A question of timing

Le Pen’s entourage says the trip was in place for a while. However the timing appears opportune.

Sall is president of the African Union, but only until early February when he hands over to the Comoros archipelago off Africa’s east coast.

“Le Pen would not have been able to go to the Comoros given all the tensions” says Dupuy, referring to Comorans trying to reach the French overseas territory of Mayotte.

Closer to home, her trip comes during a time of heightened tension over the French government’s controversial pension reforms, with unions calling for widespread strikes on Thursday.

Le Pen will be following protests from afar.

“So what?” quipped an RN spokesperson. “If we had to count the number of times Emmanuel Macron has been absent during a crisis, there’d be no end to it.”

Macron will indeed be in Barcelona on Thursday signing a bilateral friendship treaty with Spain.

But for Dupuy it means the far-right MP can show she’s interested in the “big political issues” while leaving the smaller party politicking to RN president Jordan Bardella.