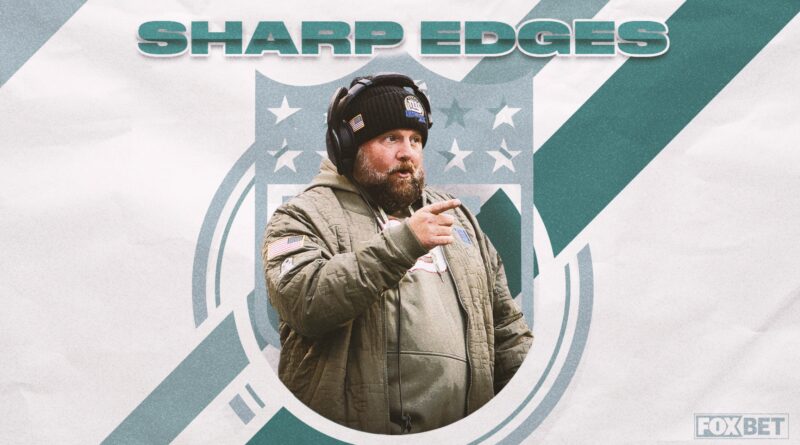 To me, this isn’t even a close contest. It’s a landslide.

NFL Coach of the Year isn’t an award for the most successful coach or the best coach. It recognizes the coach who got the most out of the hand he was dealt this year and exceeded all expectations in doing so.

It’s an award for 2022 only. And in 2022, there is clearly no one more deserving than the New York Giants’ Brian Daboll.

Why is Daboll the easy, logical choice? Because we’ve seen other coaches repeatedly try, and fail, with essentially the exact same Giants roster.

And then there’s this one. The mother of all stats. Something that seems so inconceivable it must be pure fiction.

Not at any point, not in any season, for the last FIVE YEARS, did the Giants have a winning record.

They are the only team to pull off this historically embarrassing feat.

What did Brian Daboll inherit in 2022?

The most embarrassing franchise in the NFL. Yes, the Giants are a storied franchise. But they were run all the way into the ground and had zero success in the past half-decade.

How impressive has Daniel Jones been this season?

Craig Carton makes a case for Daniel Jones as one of the league’s most valuable QBs this season after the New York quarterback led the Giants to a win over the Indianapolis Colts, securing a spot in the postseason for the first time since 2016.

Brian Daboll’s Giants won the first game of the season. But they didn’t stop there. There wasn’t a single week in 2022 where the Giants did not have a record above .500.

That turnaround is unheard of and quite simply, amazing.

Beyond the results, think of the context in which Daboll has made this turnaround. The Giants were left in an utter state of disrepair by former GM Dave Gettleman. As of February, the Giants had the 4th-lowest cap space of any team in the NFL. They also had the ninth-most snaps to replace in free agency.

Both their starting QB and starting RB were highly drafted but so questioned that both were in line to play out their rookie deals and leave in free agency. Neither had their fifth-year option picked up.

Of 30 QBs with 1,000 attempts from 2018-2021, Daniel Jones ranked between No. 25 and No. 30 in virtually every common metric, including completion percentage, yards per attempt, passer rating and TD:INT ratio.

In more advanced metrics, he also ranked 29th in expected point added per attempt (-0.06) and 29th in success rate (41%) out of those 30 qualifying QBs. Understandably, ownership had no interest in extending him.

This was the hand Daboll was dealt.

A team with the worst record in the NFL over the prior five years (who never had a winning record of any kind during any of those seasons), a team with a bottom-five QB, bottom-four cap space and top-10 most snaps that needed to be replaced — as well as a variety of other messes left behind from a regime run into the ground by Joe Judge and Dave Gettleman.

And in Year 1 on the job, Daboll did what none of the other coaches (and many were hired and fired trying) did with this roster: Win. And make the playoffs.

This is a classic example of a coach getting things right when other coaches repeatedly tried and failed. That’s clear Coach of the Year material.

The Daboll-led Giants also played in the NFC East. The East is the ONLY division in the NFL that has two teams with 11+ wins (Philadelphia is 13-3, Dallas is 12-4) and the ONLY division where the worst team is only a half-game below .500 (Washington is 7-8-1).

And yet he guided the Giants to clinching a playoff berth a full week before the season ended. His Giants were so good this season that they are locked into the playoffs and can rest players the final week of the season.

Imagine saying that — no, thinking that — at any point in the prior five years.

What did we say the proper criteria is to win Coach of the Year was? To recognize the coach who got the most out of the hand he was delt this year and exceeded all expectations in doing so.

What better measure than sports-betting lines.

Odds of the Giants making the playoffs were 27% before the season.

And before the final week of the season, they sat at 100%. How is that for exceeding all expectations?

What about exceeding expectations on a week-to-week basis?

Look again to betting lines on each game, which predict the winner and the margin of that win (spread). The Giants covered the spread in 12 of their 16 games (75%).

No team has covered the spread in more games. (The Bengals have also covered 12 as the defending Super Bowl Champion with franchise QB Joe Burrow at the helm.)

Daboll’s Giants had a 27% likelihood to make the playoffs. They got there. Daboll deserves the award.

Look at some of the other top candidates:

Nick Sirianni: No doubt a great coach. But he is in Year 2 and has been handed a Super Bowl-caliber roster by one of the best GMs in the NFL, Howie Roseman. The Eagles made the playoffs last year. Before the season started, the Eagles were 66% likely to make the playoffs. That percentage skyrocketed when Dak Prescott was injured.

The Eagles have covered the spread in 8 games of 16 so far this year. It’s been a great year to be an Eagles fan, but this is not the type of resume that wins a Coach of the Year award. There was nothing remarkable or massively unexpected about a team who, when Week 1 kicked-off, was expected to win the NFC East and make the playoffs for a second straight year doing so by winning a couple more games.

Kyle Shanahan: Shanahan is one of my favorite coaches in the NFL. I absolutely love his offensive scheme and his play calling. But there is no way should even be close to winning Coach of the Year. This 49ers team won 13 games in 2019 and made the Super Bowl with Jimmy Garoppolo at QB. And he’s the QB who led the team to 12 wins in 2022.

Last year, this team made the NFC Conference Championship game with Jimmy Garoppolo, recording double-digit wins. Entering 2022, they were projected to make the playoffs 69% of the time. Shanahan has been there for years, helping craft this roster with “his” players. None of this fits the model of winning Coach of the Year by recording completely unexpected results in a well-below-average situation.

Dan Campbell: Campbell is in Year 2 and has his hand-picked QB at the helm. The turnaround for the Lions from 3-13-1 to 8-8 does fit the criteria. But entering the year, the Lions had plenty of cap space and didn’t have to replace many snaps in free agency.

They were expected to finish third in the NFC North and did. They aren’t even in the playoffs entering the final week of the season and could be eliminated before their game even kicks off. Campbell would be my No. 2 candidate, but he does not have a more compelling case than Brian Daboll. It’s not even remotely close.

Doug Pederson: In Year 1 of the job, much like Daboll. That means a lot. A coach who exceeds expectations in his first year really showcases the difference he made. So for that reason, Pederson has an edge on some of these other non-Daboll candidates listed above. But that is where it ends for me. Pederson has a golden-child QB in No. 1 overall pick Trevor Lawrence, viewed as a generational talent.

Jacksonville is 8-8 right now. They need to win their final game to even make the playoffs. And if they weren’t in the terrible AFC South, it’s quite likely their record wouldn’t even get them in the playoffs except for the fact that the division winner gets an automatic spot. The Jaguars went 8-8 against the spread this year, meaning they didn’t even exceed expectations on a game-by-game basis.

One of those wins was over Justin Herbert days after his rib injury where he shouldn’t have been playing. Pederson’s other wins? Those came against Zach Wilson, the Davis Mills/Jeff Driskel combo, Matt Ryan, Derek Carr, Ryan Tannehill, Lamar Jackson and Dak Prescott. And then there are two undeniable facts that prevent Pederson from coming close to winning this award:

1. The Jaguars had the third-most cap space entering the season and spent an absurd $272,115,000 on free agents — not just the most of any team, but the second-highest team was down at $192 million. The Giants spent all of $54 million. Pederson was able to handpick and add blue-chip players this offseason to create his roster, a luxury not possible for Daboll.

2. Pederson was outcoached by Daboll when Daboll went into Jacksonville as an underdog and beat the Jaguars outright on the road.

The top five candidates in the betting market for Coach of the Year are Daboll and the four listed above.

There isn’t a single candidate who was handed a worse slate, in his first year, with excuses everywhere to have a bad season, and achieved more.

Taking a team that didn’t just have the worst record in the NFL the prior five years, but never was above .500 at any point in that span, to never being below .500 in his first year, with a horrible cap situation, the second-worst QB in the NFL the prior four years, posting the most against-the-spread covers in the NFL while locking up a playoff seed with a week to go and being able to rest the final week of the season?

Coach of the Year.

Making something out of a roster that no other coach in New York could do, without having the cap space to change the roster?

Coach of the Year.

This is simple. While the betting markets haven’t caught up to this yet, they soon will.

There is no one with a better case for Coach of the Year than Brian Daboll.

What he has done in New York in his first year, with Dave Gettleman’s leftovers, has been nothing short of amazing.

He not only changed the entire culture of the building but won games in the process and already punched a ticket to the postseason.

He is our Coach of the Year.

Warren Sharp is an NFL analyst for FOX Sports. He is the founder of Sharp Football Analysis and has worked as a consultant for league franchises while also previously contributing to ESPN and The Ringer, among other outlets. He studied engineering before using his statistical acumen to create predictive football models. You can follow Warren on Twitter at @SharpFootball.