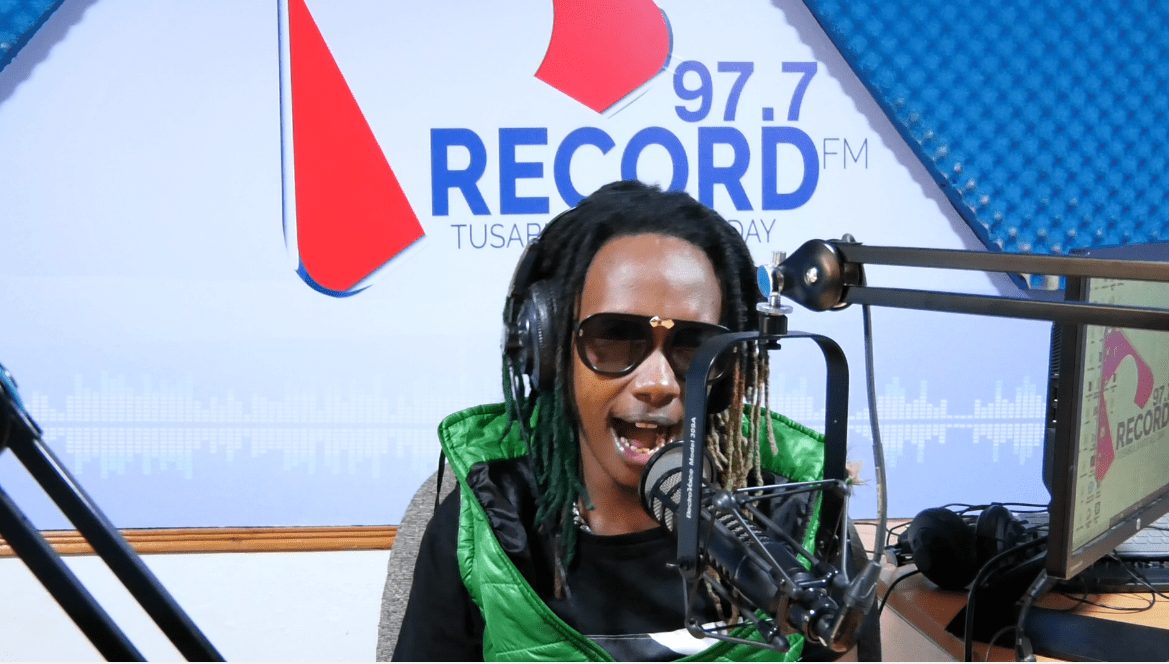 Ugandan Top rapper Feffe Bussi has come out to explain his never fading love for fellow artiste Juliana Kanyomozi. This follows a complete song he did around the personality of songbird few years ago.

Recently in a radio interview at 97.7 Record FM, Feffe Bussi revealed why he has and will always look up to the Zaabu hit-song maker.
“I like her because of her legacy, She highly respected,a good singer and conducts herself in a great way” Feffe said.

When asked on why artistes of today don’t borrow such characters form artistes that inspire them, Feffe referred the interviewer to the female artistes who can’t copy Juliana.

“That is a question good for Spice Diana and Lydia jazmine not mine but I try as much as i can to learn from the pioneers” he said.

Feffe Bussi emphasized the fact of him being a celebrity and he has never met the Tooro princess.

Feffe Bussi also gave his own understanding of a dummy. “Dummies are people who are spoon fed” he said. He however declined mentioning anyone he sees as a dummy in the music industry.