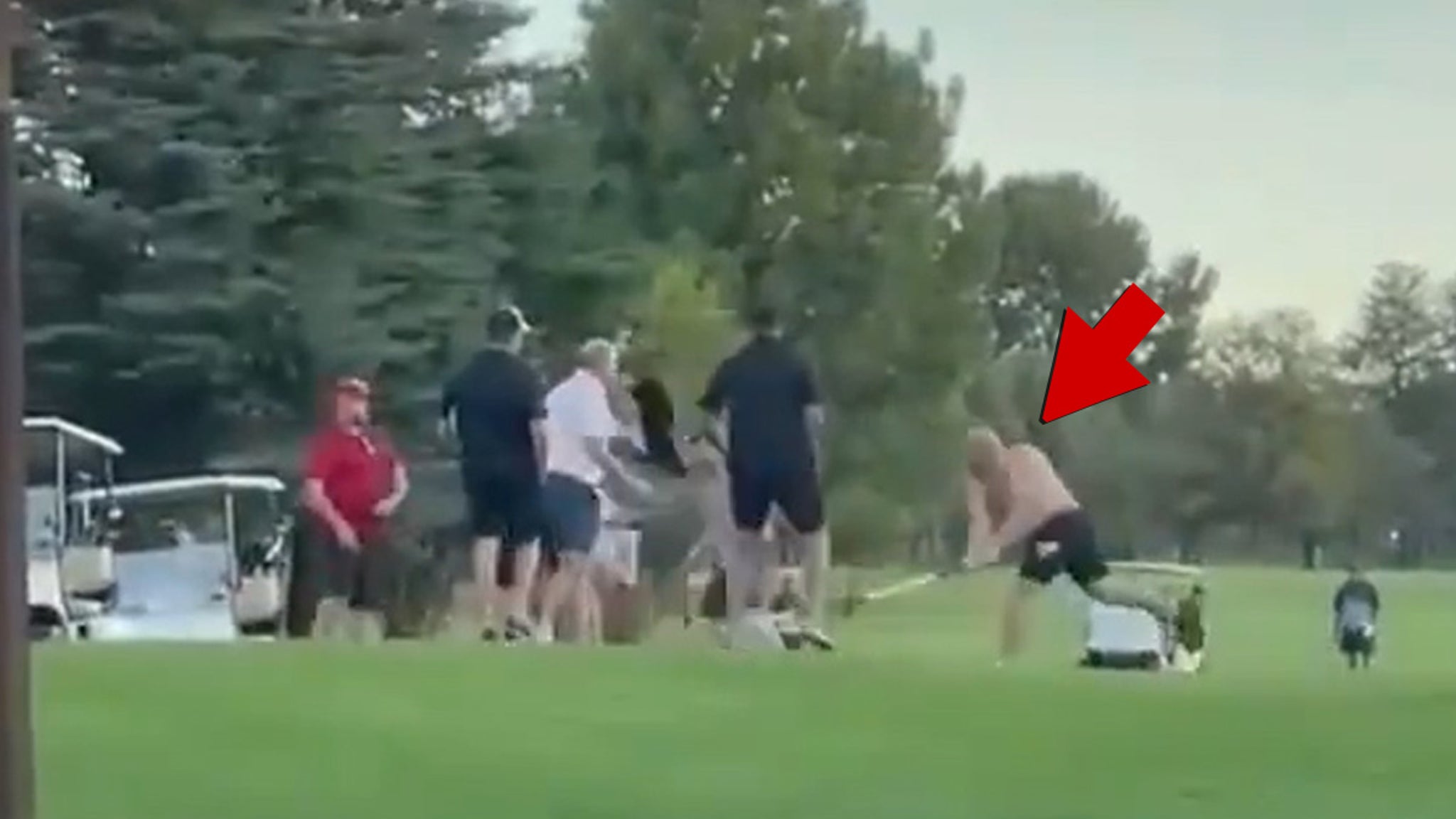 Two men beat the hell out of each other on a golf course last week — with one of the dudes even swinging a flagstick at the other — and the insane fight was all caught on video!

The wild scene went down on April 9 at a golf club in South Africa … when two men got into a fistfight on the course at a local school’s fundraiser event.

Nothing like a good old fashioned fight on the golf course. pic.twitter.com/7o1KPquag8

According to the club’s general manager, Leon Kruger, the two had apparently been in a dispute over a lost phone before the melee erupted.

“There were two groups, one behind the other, on the course,” Kruger said of the tiff to News24. “Someone in the first group lost their phone.”

“When they asked the second group if they had seen the phone, they denied having it. That’s when things then got out of hand.”

You can see in the footage, one of the men began attacking the other, throwing haymakers and eventually ripping off the guy’s shirt.

That’s when the shirtless man grabbed a nearby flagstick, and swung it at the other dude’s head repeatedly!!

The stick struck the guy with such force, it broke over his body … but the fight still continued.

Eventually, after several more punches were thrown … the guys calmed down and the fracas was over. It does not appear authorities were involved.

Kruger said the golf club would look into ways to deter this kind of action on the course going forward … adding, “People should behave themselves.”