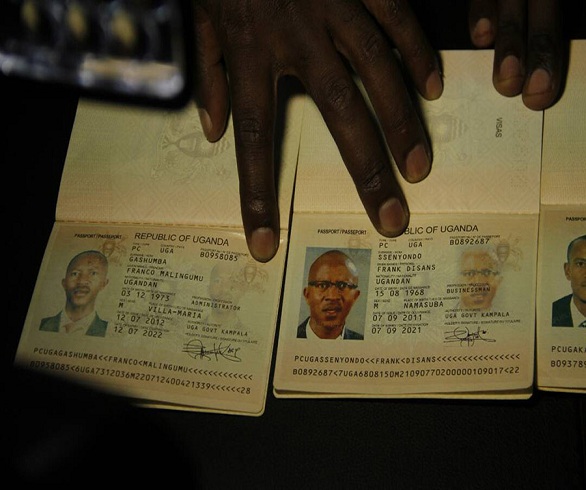 Government critic and city businessman Frank Gashumba was was earlier on arrested on Fraud related grounds. UPDF revealed in a press conference at the Ministry of Defence headquarters in Mbuya.

UPDF deputy spokesperson Lt. Deo Akiiki revealed shocking details about Gashumba’s arrest. According to Lt. Deo Akiiki, Gashumba and two others had invited investors to Golden Tulip hotel in Nakasero for a meeting over a deal to supply UPDF with hundreds of military trucks! He added that Frank was arrested together with his brother Kasumba over the same charges.

Kasumba was arrested on Saturday and the  brother  on Monday as he went with his lawyer to get his brother out of jail.

Frank who also happens to be the dad to well known city socialite and NTV the Beat presenter Sheila Gashumba was found in possession of  marijuana and cocaine. “We also found him with marijuana and cocaine in his possession, a number of stamps belonging to the ministries of defence and agriculture, stamps from Stanbic bank and office of the South Sudan president among others” UPDF revealed.

The lad had a pair of passports with the same photo but different names. In one passport he was identified as Gashumba Franco Malimungu whereas the other one was in the names of Ssenyondo Frank Dissans.

More details to come up.