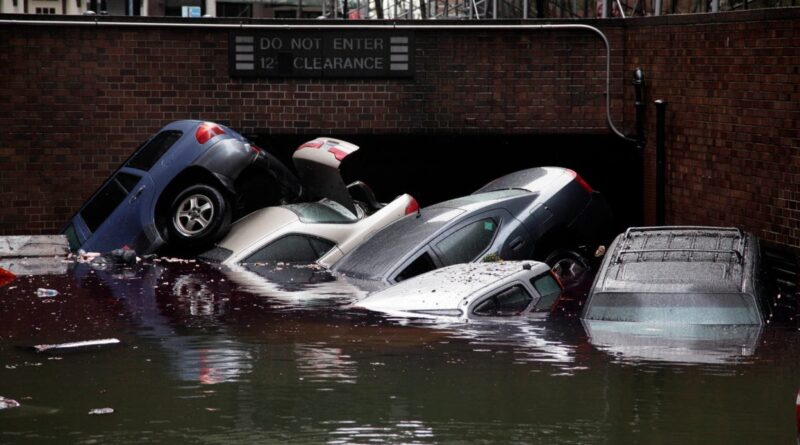 Ten years ago, Hurricane Sandy barreled through the Caribbean and then up the Eastern seaboard, bringing floods and storm surges that destroyed homes and critical infrastructure. It was one of the most destructive storms in U.S. history, costing the country more than $81 billion, according to NOAA.

Sandy made landfall over New Jersey and New York on October 29. Its effects killed 72 people in the U.S. and displaced thousands. It shut down the largest city in the country, with 17% of New York City underwater from the storm surge, according to a recap from the Lower Manhattan Coastal Resiliency website. About 2 million city residents lost power, and there were fuel shortages that lasted for weeks.

Airports in the northeast cancelled around 20,000 flights nationwide in response to Sandy. The storm damaged hospitals and other healthcare facilities throughout, including Coney Island hospital, Bellevue hospital in Manhattan, and Hoboken University Medical Center in New Jersey. Medical professionals struggled to support patients through frequent outages, ABC News reported at the time.

Here are photos that show the awful extent of the storm surge in the region.

Eye of the storm