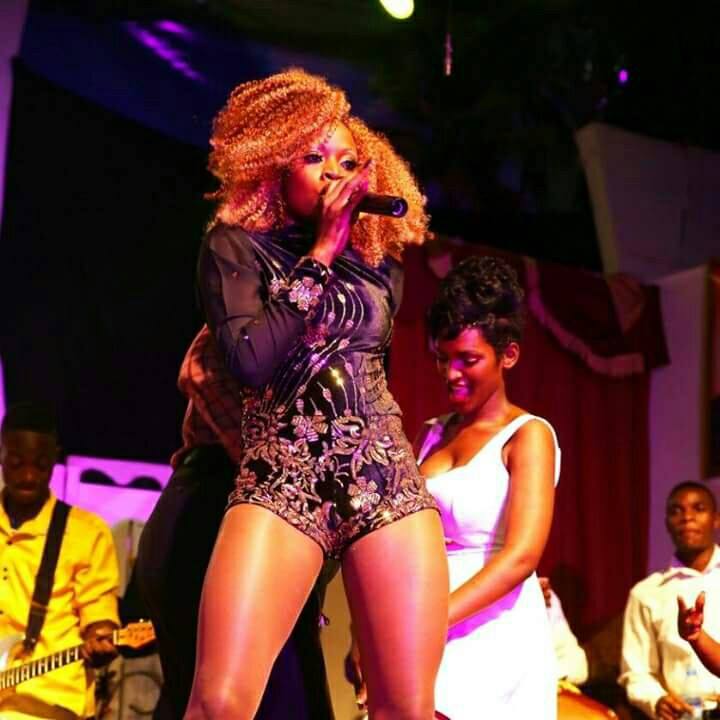 Ebonies and theatre labonita based artist Ajir Nabukenya AKA AJIRSWAG 256 left revelers yearning for more as she was premiering her latest single titled “badgal“.

This was all in their weekly musical show dubbed ” music tantal” that got  revelers speculating to see her among Uganda’s next top female artists basing on her energetic performance and style.
While Speaking to the icon of the night Ajir thanked her fans that have supported her all the way family and the ebonies management. She promised good music for her fans and asked them to keep the loyal support for her.

“Am so happy for what the fans have showed me today and I will keep doing what I do best.” said Ajirswag

Still about the night, she not only entertained the crowd with her songs but also danced and acted in several plays of the night.
The song was produced by well-known city producer Eli Arkhis.
Ajir’s performances have at several occasions been identified as familiar to Sheebah’s. She has a very energetic and thrilling performance whenever she gets on stage, a thing that has eared her a mass of loyal fans. We have also  come to verify that Sheebah is Ajir’s best artiste in the country and she(Ajir) so much looks to her as a role model.