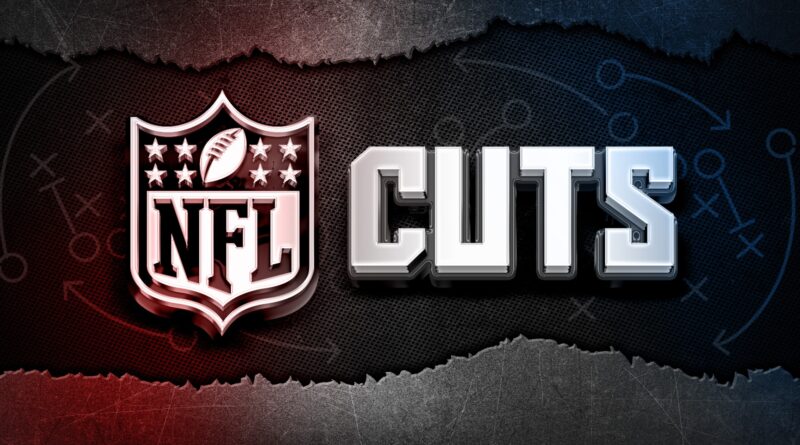 The Miami Dolphins released running back Sony Michel in their first wave of roster cuts on Monday.

Michel, a former first-round pick in 2018 out of Georgia, spent his first three years with the New England Patriots, where he racked up 2,292 rushing yards and 14 touchdowns in 38 games (28 starts).

He joined the Los Angeles Rams last season, posting 845 rushing yards and four touchdowns on 208 carriers. He added 21 catches for 128 yards and one receiving touchdown.

Michel is a two-time Super Bowl champion, having won one with the Patriots and one with the Rams. He was signed this offseason by Miami, but it appears he got caught up in a deep running back room that features Myles Gaskin and Salvon Ahmed, plus free-agent additions Chase Edmonds and Raheem Mostert.

Michael has yet to have a 1,000-yard rushing season in his four years in the NFL, with his rookie season (931 yards) being the closest to that milestone. The Dolphins cut him loose after an uninspiring preseason showing.

Here are other notables names that are now free agents.

The Houston Texans released the veteran running back less than five months after acquiring him. Mack spent the previous five years with the Colts but fell out of favor upon tearing his Achilles and the emergence of Jonathan Taylor.

After rushing for 1,999 yards and 17 touchdowns over the 2018-19 campaigns, Mack has appeared in just seven games the past two seasons. His departure in Houston likely leaves 2022 fourth-round pick Dameon Pierce as the lead back.

Rookie Brock Purdy, the last pick of the 2022 draft, has made the roster.

Las Vegas selected Leatherwood with the No. 17 pick in the 2021 NFL Draft. The Raiders are entering the first year of a new regime, which includes former Patriots offensive coordinator Josh McDaniels as head coach.

New Orleans selected Book, who started one game last season, in the fourth round of the 2021 draft.

The Cleveland Browns are cutting Rosen, CBS Sports reported, after previously signing him in July.

The Buccaneers are releasing the veteran safety, per multiple reports. There’s a good chance Ryan returns to the team, after receiving a fair amount of praise from his coaches in the preseason. As a vested veteran, the 31-year-old defensive back is not subject to waivers and can sign with any club moving forward. He recorded a career-high 117 tackles last year with the Giants, his seventh season as a full-time starter.

Minnesota selected Mond with the No. 66 pick in the 2021 NFL Draft, but he appeared in only one game as a rookie.

Johnson spent the last two seasons with the Buccaneers, totaling 360 receiving yards in 2021.

Howard spent the first five seasons of his NFL career with the Buccaneers before signing a one-year deal with Buffalo in the offseason.

Gordon totaled five receptions and one receiving touchdown for the Chiefs last season.

The Baltimore Ravens are planning to release Jefferson, ESPN reported.

The nine-year veteran put together a strong exhibition season, but the Ravens drafted Kyle Hamilton in the first round of the 2022 NFL Draft and signed former New Orleans Saints star Marcus Williams.

Detroit picked Davis in the first round of the 2017 NFL Draft. He started for three seasons before being demoted in his fourth year. Davis played for the New York Jets last season before re-signing with the Lions.