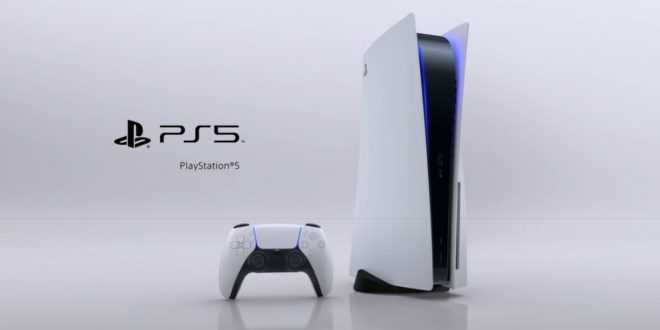 Sony shares are at a 19-year high. Analysts are bullish on PlayStation 5, say stock could rally 20%

Sony shares are sitting at their highest level since June 2001, despite a dip on Wednesday. Analysts say there could be further upside in the next year as Sony prepares to launch the flagship PlayStation 5 games console.

The Japanese electronics giant posted better-than-expected earnings on Tuesday for the April to June quarter and provided an outlook ahead of consensus.

On average, analysts polled by Refinitiv expect Sony shares to hit 9,538.95 yen ($90.35) in the next 12 months, around 9.5% upside from Wednesday’s opening price, buoyed by the company’s strong gaming business and recovery in its image sensor division.

Sony’s 19-year high share price is a vote of confidence by investors in the multi-year turnaround plan that was initiated by previous CEO Kazuo Hirai. Hirai took the role in 2012, and was succeeded by Kenichiro Yoshida in 2018.

PlayStation 5 on the horizon

Under the two CEOs, Sony has put a large emphasis on its gaming division. In fact, in Sony’s fiscal first quarter that just ended, the company’s game and network services unit accounted for about 54% of total operating profit.

Sony forecast a modest year-on-year rise of 0.6% in the gaming division’s operating profit at 240 billion yen for its fiscal year that concludes at end March 2021. That is even as Sony estimates that group profit to decline. Revenue for the gaming business is forecast to jump over 26% year-on-year to 2.5 trillion yen, according to the company.

PS5 will be definitely Sony’s key driver this fiscal year. It’s the start of a new console generation, the previous PlayStation was released seven years ago, and the PS5 hype is already through the roof.

With people staying home more in the second quarter of the year due to coronavirus-related shutdowns around the world, Sony sold 91 million software units — or games. That was a more than 82% year-on-year rise, even as sales of consoles declined. Of the total number of games sold, 74% were from digital downloads, the highest number on record.

“Across the board if you look at games in particular, what was truly impressive was the strong, over 80% growth in the digital content sales which drove strong profit growth both in the first quarter, and I think will raise expectations for the full year,” Damian Thong, co-head of Asia technology research at Macquarie Capital Securities, told CNBC’s “Squawk Box Asia.”

Sony is also gearing up to release the PlayStation 5, its newest console since the PlayStation 4 in 2013. The Japanese firm said the new console will be available in time for the 2020 holiday season, just as Microsoft plans to release its new Xbox Series X.

“PS5 will be definitely Sony’s key driver this fiscal year,” Serkan Toto, CEO of Tokyo-based game industry consultancy Kantan Games, told CNBC. “It’s the start of a new console generation, the previous PlayStation was released seven years ago, and the PS5 hype is already through the roof.”

Thong is also bullish on the prospects for the console.

“I expect 6 million units of that to be sold, basically snapped up … out the opening gate,” he said. “And I would say that if you look at some of the recent trends, especially strong user engagement, strength in digital sales most of this trends will carry over to the PlayStation 5, providing, I think, good earnings momentum for Sony in the next couple of years to three years.”

Amit Garg, a senior analyst of Japan equities at CLSA, told CNBC he expects Sony to sell 6.7 million units of the console in the current fiscal year and said the company’s own profit forecast for the gaming unit will likely be beaten, given the strength in the quarter just gone.

“We think Sony can easily beat this – they have a lot of buffer in our view in (the) games division,” Garg said.

Sony saw declines in revenue in other key businesses including movies, music and its image sensing unit. The latter has been a critical business for Sony in recent times given its expertise in smartphone camera sensors, which it sells to customers including Huawei and Apple.

Profit fell over 48% year-on-year in the quarter ending in June to 25.4 billion yen. And Sony forecast that this business will see profit decline over 44% for the fiscal year.

But Thong expects that the division will see a recovery.

“It will be a bit of dampener, I think, into the early part of next year, primarily because of a number of factors including slower demand for high-end smartphones, also slower demand for digital stills camera, and also … possibly some effect from the U.S.-China dispute which affects one of their key customers,” Thong said, referring to Huawei.

“These issues will probably go away as the Covid-19 … issues are relieved and as they win more customers and re-boost their market share into next year.”

“It is primarily driven by profit-taking post strong rally into the announcement,” Garg said. “There was possibly some concerns also raised from weak CMOS image sensors profit guidance. I see this as temporary and expect stock to see regain momentum again.” CMOS refers to the type of image sensor chip Sony sells to smartphone makers.