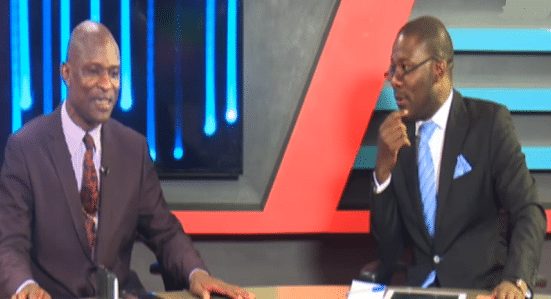 Its sorrow and panic at Kiira based NBS Television after their senior journalist Simon Muyanga Lutaya having been sent to Kirinya prison – Jinja for failure to pay court fine of Shs150m.

Muyanga who contested on FDC ticket for Bulamongi Constituency Member of Parliament, lost to National Resistance Movement party (NRM)’s Kenneth Lubogo and decided to file election petition contesting the results but he lost twice at Jinja High Court and Court of Appeal.

On Wednesday, Jinja High Court deputy registrar, Jesse Byaruhanga issued the arrest warrant after Muyanga allegedly failed to honour court summons which he describes a contempt of court until today when he was arrested and taken to Kirinya prison to spend a period of six months there.

Muyanga is a host for famous political shows at NBS TV; One on One with Tamale Mirundi, Barometer Extra and the Eagle.