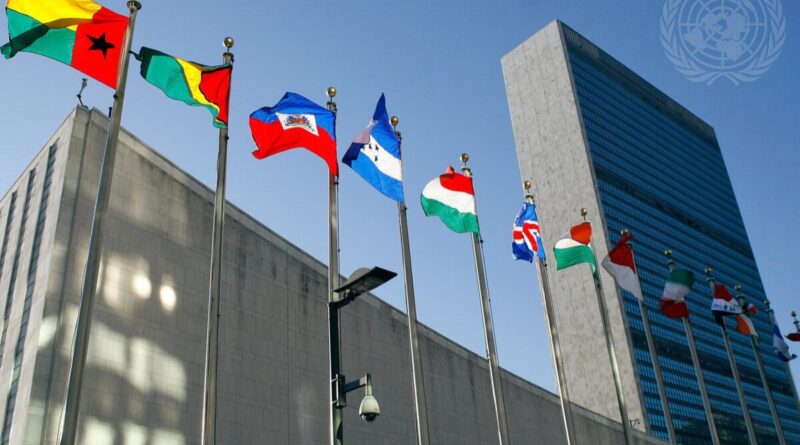 The United Nations (UN) has held its Universal Periodic Review (UPR) where South Africa was tasked to address critical issues including femicide, xenophobia and corruption, Mail & Guardian reports. A European delegate called on an accelerated “activation of the anti-corruption action plan.” This comes after the National Treasury said that graft, particularly state capture, is entrenched within the government with budgets plundered before they’re able to be used for service delivery. UN members also pointed to the high rates of gender-based violence and what has been termed a ‘femicide epidemic’.

Anti-foreigner sentiment was also a point of contention for the UN delegates. “We are fully aware of incidents of violence that appear to disproportionately target foreign nationals. Much of this discrimination and violence stems from frustration within sections of South African communities that feel they are competing with foreigners for scarce resources,” leader of the South African delegation John Jeffery added. Jeffery’s comments come during a year when Operation Dudula singled out non-South Africans in multiple anti-foreigner campaigns, some of which recorded incidents of violence. “The South African government does not condone these actions. Where people have engaged in violent conduct against foreign nationals, government has sought to ensure that those responsible are held to account by the justice system,” Jeffery told the session.

Proposed amendments to the tobacco regulations will not criminalise smoking, the Department of Health has said. According to Eyewitness News, pro-smoking lobbyists remain cautious of the legislation with some major influences in the tobacco industry taking a hard line against some of the recommended changes which include a ban on the sale of tobacco products at vending machines along with more notable warnings on cigarette packaging. The Health Department’s Lorato Mahura has denied that the bill is what some have described as ‘draconian’, saying: “We cannot as the health sector support the tobacco industry to achieve their objectives because there is no meeting point in terms of what we are focusing on.”

Heavy rains in Gauteng along with high dam levels have prompted the Gauteng government to issue warnings of possible floods in the Vaal region, eNCA writes. Residents have been urged to be vigilant. Water and Sanitation Department spokesperson Sputnik Ratau added: “We’ve retained those sluice gates at the Vaal because the inflows are still quite high and therefore the issue of what happens downstream remains a concern … That is why it is important that all of us need to be aware, especially those communities that are downstream at the Vaal that will be affected by the rise of the river”.

Police Minister Bheki Cele has said he has been receiving a stream of non-stop phone calls after his personal number was shared this week, IOL reports. “This number is serious. People in trouble need access to it. Please refrain from abusing it,” Cele said. This comes after Patricia Mashale, who has made pointed accusations at both the top brass of the police and President Cyril Ramaphosa, shared Cele’s phone number online. Mashale alleged police corruption that included abuse of state resources, nepotism and the appointment of foreign nationals in the service could be confirmed She added that she has received death threats as well.

The KwaZulu-Natal (KZN) Human Settlements Department has sought the forgiveness of victims affected by severe flooding in April for the slow pace taken to provide them new, permanent homes, EyeWitness News reports. Over 400 people died after heavy rains and flooding in KZN during April devastated the province. “We wish also to apologise to our people, where they are feeling pain – we understand. We visit these areas, it is inhumane to stay in those areas,” said Human Settlements Member of the Executive Council Ntuthuko Mahlaba. “We are doing everything, the premier needs reports everyday – she calls meetings every day to deal with this, it is a matter of priority.”