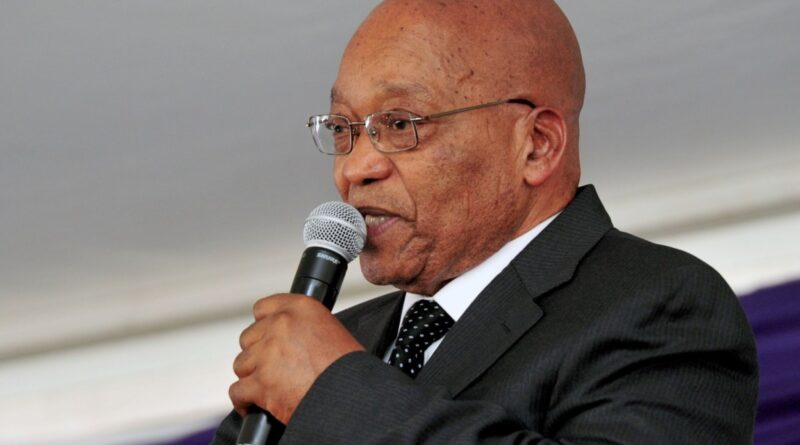 South Africa’s former president Jacob Zuma plans to challenge the findings of a judicial report into rampant corruption during his nine-year tenure, his spokesperson said Saturday.

Mzwanele Manyi, a spokesperson for the Zuma Foundation, told a news conference in northern Johannesburg that the ex-leader regarded the 5,600-page Zondo Commission report as “unlawful and highly irrational.”

Manyi added that the probe into an estimated $30 billion (€28.4 billion) of theft from state companies was “full of innuendo, gossip and conjecture” and “very short on concrete evidence.”

Zuma stayed away from the news conference on the advice of his legal team as he remains on parole.

The 80-year-old former president had personally set up the investigating panel in 2018. The inquiry, led by Chief Justice Raymond Zondo, was prompted by an earlier report which detailed the shocking scale of corruption at state enterprises.

The new report, which took four years to complete and published on Wednesday, accused Zuma of being “a critical player” in a graft plot that saw the state-run firms raided for private gain.

According to the report, the beneficiaries included the Gupta family of business tycoons, who employed Zuma’s son Duduzane.

Duduzane became the “conduit” in the graft scheme and Zuma “would do anything that the Guptas wanted him to do for them,” the findings showed.

Two of the Gupta brothers, who fled the country the same year the corruption probe started, were arrested earlier this month in Dubai and are expected to be extradited to South Africa.

Local media said the findings of the probe would help prosecutors to cases of fraud, money laundering and other financial crimes against several wealthy individuals.

The inquiry incriminated 1,438 individuals and institutions, including Zuma and his African National Congress (ANC) party.

It also criticized the party once led by Nelson Mandela. If the ANC had not protected Zuma, the Guptas would probably have fled the country sooner and would not have looted as much as they did, the inquiry found.

Zuma initially testified in front of the commission, only to rule out further cooperation.

He then ignored summonses and an order by South Africa’s Constitutional Court to testify, which led to a 15-month jail sentence for contempt.

Last July, he was arrested to serve his sentence but released after two months on medical parole.

His sentencing sparked riots that resulted in the deaths of more than 350 people — the deadliest unrest of South Africa’s democratic era.

With material from Agence France-Presse