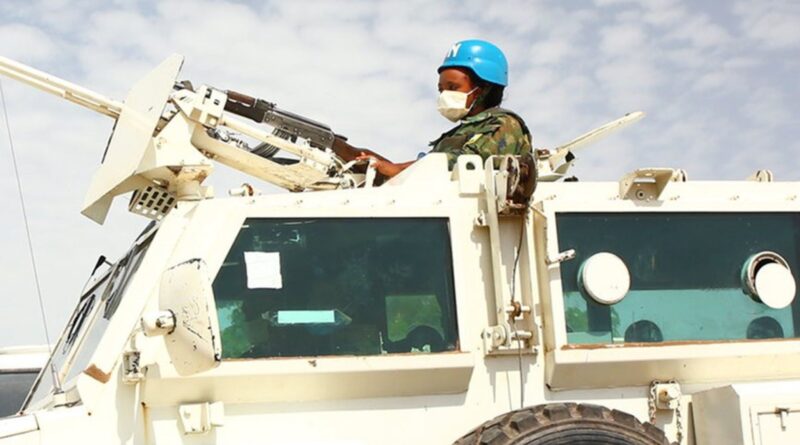 A long-running state of insecurity has recently intensified in Unity State – one of South Sudan’s 10 states – resulting in many innocent lives being lost.

The security crisis is being stoked by many factors. One is fighting between sections of the civilian population, caused by cattle raiding, among other things. Another is armed confrontation between government forces and insurgents like the South Sudan People’s Movement/Army. This is a group of disgruntled soldiers who were recently discharged from the military and are agitating for new government roles.

Such a way may involve disarming young people, which has worked elsewhere in the country, for example in the Lakes State. It is the use of arms by civilians to fight each other that has made the situation much worse.

The role of states

The roles of states as regional institutions are relevant in the scheme of things. South Sudan is made up of 10 states and three administrative territories. States were created under the country’s transitional constitution in 2011.

Of the three administrative territories, two – Pibor an Ruweng – were created by the national executive government. The third – Abyei, in the north of the country – was created under the 2005 comprehensive peace agreement as a disputed territory between South Sudan and Sudan. Abyei’s status remains unresolved.

Each state has a legislative assembly (one chamber of parliament). Its members are drawn from the government and opposition parties as parties to the 2018 revitalised peace agreement. This agreement has been incorporated into the transitional constitution.

The responsibilities and functions of state governments include maintaining peace and good order, protecting and promoting human rights and freedoms, and undertaking their own economic and infrastructure development.

States have not been able to achieve these essential goals due to lack of resources. Aside from generating their own revenue, states are supposed to receive a share from the petroleum money – public money – under the transitional constitution. The constitution is, however, silent on how much money each state should receive. That leaves the national government to decide.

The petroleum producing areas – Upper Nile and Ruweng – are allocated 2% of the net petroleum revenue. But reports suggest they do not receive the amount due to them annually.

States have been hampered by security problems since at least independence in 2011. Reports have identified communal conflicts as the main cause. These stem from longstanding land disputes and cattle raids.

A proliferation of arms has made the conflicts worse. It is estimated that every young person in the villages has a gun.

The Unity State governor has acknowledged this problem, and urged the national government to lend him support to disarm young people.

These conflicts have deepened divisions in the country, weakening the government’s effort to implement peace.

State power under the transitional constitution

Key to understanding the security crisis is perhaps the division of state power under the country’s transitional constitution.

The national legislature has the overall power to enact laws and to supervise the national executive government. The second chamber – the council of states – has 100 members representing the states.

The council’s role has come under scrutiny recently. This came after its decision to impeach the governor of Unity State, Nguen Monytuil, for the crisis.

But President Kiir Mayardit has overruled the council’s decision, saying it was unconstitutional. The president has the power to sack a state governor if a crisis has occurred in the governor’s state that threatens South Sudan’s territorial integrity.

While the president acted appropriately in this matter, the national government is not doing enough to help Unity State resolve the security crisis. Like the rest of the states, Unity State has limited capacity and resources to deal with matters of security decisively.

There are obvious measures the government could take. One is total disarmament of young people throughout the country. To make this more effective, parliament should enact a law to make possession of arms by civilians a criminal offence that carries serious penalties.

This approach has been applied in some states in South Sudan, such as Lakes State. And it is working. Lakes State used to be the most violence-stricken place in the country. But its security has improved significantly since its governor, Rin Tueny, started disarmament in 2021.

The same approach is being trialled in Warrap State, another violence-hit territory. It is still too early to tell whether it is working.

Lastly, the power arrangement in the country as set out in the transitional constitution needs to be revised. It’s this arrangement that is partly to blame for the power overreach by the council of states. In one sense, it gives the council a supervisory role over states. This is justifiably what encouraged the council to interfere in the affairs of Unity State government.

This is arguably the most effective way to constrain the national government from interfering in the political affairs of states.