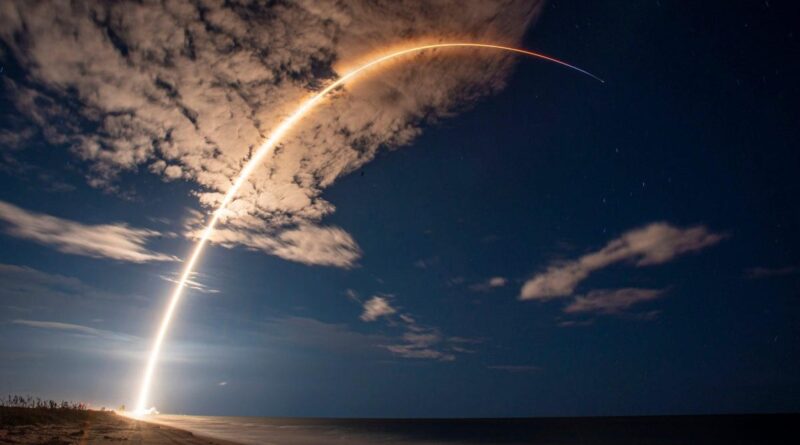 On Wednesday, Boeing said it’s taking a $190 million hit on its CST-100 Starliner, raising its total loss on the program to $883 million. The announcement comes at an awkward time, as Boeing slips behind SpaceX on NASA’s roster of private partners.

SpaceX was NASA’s second-largest private partner in fiscal year 2022, moving it up one notch compared to last year, according to Aviation Week reporter Irene Klotz. Moving down is Boeing, in what is a further sign of the changing landscape that is the space industry.

That California Institute of Technology (Caltech) remains in the number one spot is not a surprise. The private university manages the space agency’s Jet Propulsion Laboratory (JPL), receiving large influxes of cash to develop various spacecraft and space-related technologies. Caltech is currently working under a five-year $15 billion contract that runs to September 2023, with an option to extend the contract by another five years for the same price.

As Klotz’s numbers show, SpaceX received $2.68 billion from NASA this fiscal year, while Boeing received $2.04 billion. In 2021, the Elon Musk-led company received $1.63 billion, with Boeing getting $1.68 billion. Lockheed Martin held onto its fourth-place position, receiving $1.37 billion in 2022, compared to the $1.34 billion it received last year.

Such is the nature of private competition. SpaceX is very useful for NASA, and it’s only getting more so with each passing year. The shift in standings comes 14 years after SpaceX won its first major contract with NASA, and it hasn’t looked back since, with the private company now providing NASA with a widening range of services. Boeing, on the other hand, while still an immensely important partner for the space agency, hasn’t lived up to expectations.

Case in point is the beleaguered CST-100 Starliner program. As Marcia Smith reported yesterday in Space Policy Online, Boeing is taking another hit for the unfinished NASA Commercial Crew project, this time to the tune of a third-quarter loss of $195 million. Add that to a $410 million hit in 2019, a $185 million charge in 2021, and a second-quarter hit in 2022 worth $93 million, and we quickly see that Starliner has cost the company $883 million to date in charges against earnings, according to SpaceNews.

These charges relate to Boeing’s development difficulties with Starliner, including the botched first uncrewed orbital flight test and a delayed second uncrewed mission caused by valve issues. Boeing, along with SpaceX, won two commercial crew contracts in 2014 to develop spacecraft capable of delivering astronauts to the International Space Station. NASA awarded Boeing with a $4.2 billion contract, while SpaceX got $2.6 billion. Accounting for the $883 million in charges against earnings to date, Boeing is still ahead of SpaceX at $3.31 billion in NASA funding for the CST-100 Starliner project.

Yet, Starliner hasn’t delivered a single human to space, while SpaceX’s Crew Dragon has been regularly transporting astronauts to the ISS since 2020. The most recent mission, Crew-5, was SpaceX’s fifth operational mission for NASA under the commercial crew contract. A reasonably successful uncrewed test of Starliner in May provided some encouraging news, but a crewed orbital test won’t happen until early next year at the soonest. It’s still premature to pin a date on what will—eventually—be the first of six crewed Starliner missions to the ISS.

NASA is not waiting around, however. Earlier this year, NASA purchased an additional eight Crew Dragon missions from SpaceX (three in February and five in June) while refraining from any additional bookings aboard Starliner. So from now to 2030—at which time the ISS is expected to retire—NASA has all its crewed missions accounted for. As it stands, Starliner is booked for just six flights, which means Boeing, which retains ownership over its spacecraft design, will have to procure other vendors to keep Starliner in rotation and maintain a viable and ongoing revenue stream.

SpaceX, in addition to these commercial crew missions, is busy with NASA in other profitable ways. The company routinely sends cargo, supplies, and equipment to the ISS, which it’s been doing for the past 10 years. As Teslarati points out, SpaceX performs three commercial resupply missions each year on average, earning about $700 million in annual revenue. In addition, Musk’s company uses its Falcon 9 and Falcon Heavy rockets to launch various scientific payloads for NASA.

SpaceX is currently working under a $2.9 billion contract to develop a human landing system for NASA’s upcoming Artemis 3 mission, which seeks to land a woman and man on the Moon no earlier than 2025. The plan is to convert a Starship rocket into a system capable of landing astronauts onto the lunar surface and returning them to an Orion capsule waiting in lunar orbit.

As for Boeing, the question now is not whether the company will return to second place on NASA’s vendors list, but whether it will continue to slip down further in the years to come.