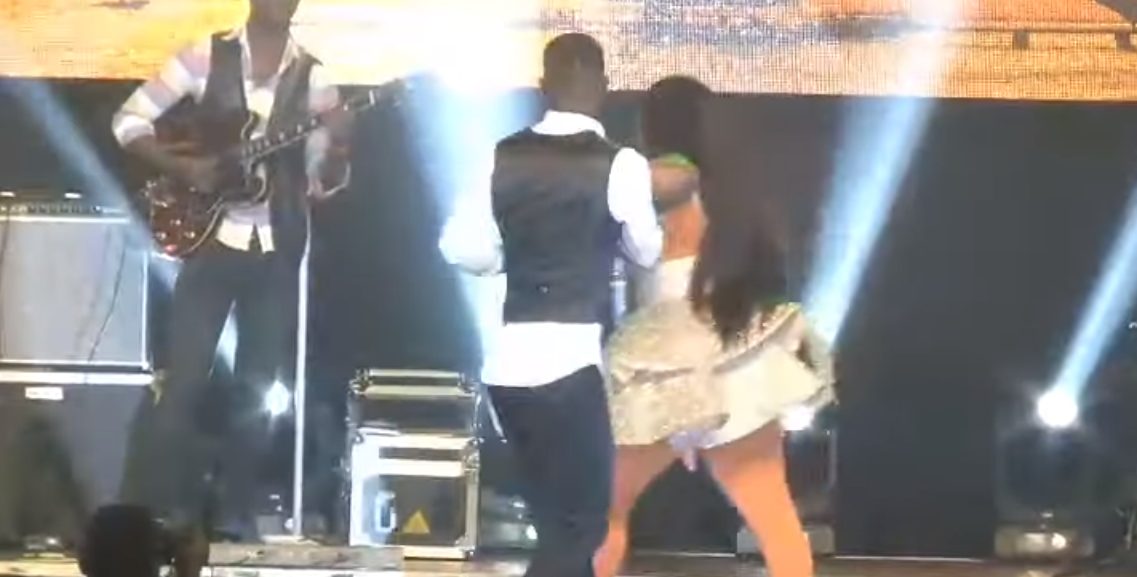 Singer Chris Evans last night made news at Rema’s concert at Hotel Africana when he fixed Eddy Kenzo into the picture, a thing that got Rema upset. This was all amidst the love Rema was showing her husband Dr.Hamza who was present at the concert.

While doing their collaboration, ‘Linda’ Chris Evans started his verse like “This is how Kenzo used to sing”, the more Rema played it cool the more Evans insisted.

“Isn’t it how he used to sing he asked” at this moment Rema was seemingly losing her cool and she asked him to apologize.

Evans further added that Hamza was Kenzo’s messenger and this is where Rema couldn’t hold it any more. She dragged Evans off stage as he tried hesitating while apologizing.

Evans was let back onstage but Rema chose not to continue singing the sing as she let him sing the rest of it alone. She later left him in stage to do his single!

A number of people have come out with mixed reactions about the incident.

Rema left Eddy Kenzo, with whom they parent a child and moved on with Dr.Hamza later holding a lavish introduction ceremony that saw the Queen of Buganda attend.