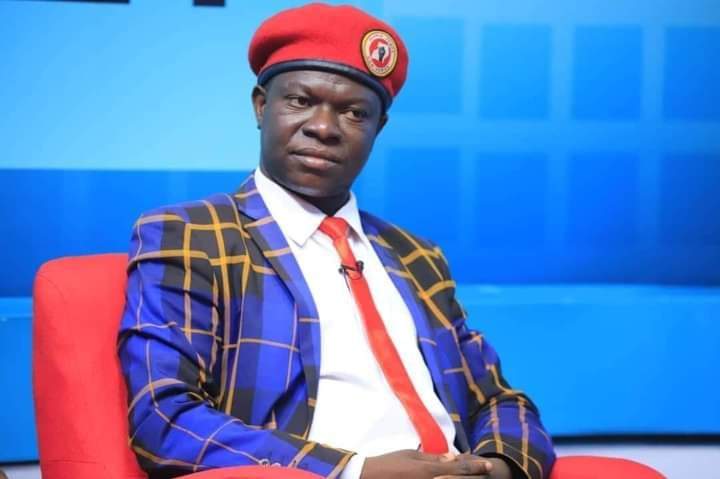 Kawempe Lord Councillor, Ssegirinya Muhammed had last night a huge a success on his calendar following the impression he put up to majority the viewers on NBS Tv’s Barometer program.

A comedian, a joker name it is the picture in which the National Unity Platform Kawempe North flag bearer was being viewed, only to surprise the viewers with the articulation he put up at the heated up show.

While at the station Ssegirinya was tasked to explain whether he wouldn’t take his ‘joker’s character’ into parliament where there is serious work.

“If providing food to hungry masses, clearing bills for patients that are not able to pay in hospitals is being a jocker, then am glad to be one and i would wish that every Ugandan becomes one” he responded further sighting that the responsibilities of a Member of parliament are identical with those of a councillor. This was in response to Mukono MP; Betty Nambooze’s submission that in a normal society, seniority of a Member of Parliament is paramount, therefore the more time a person spends in parliament the more of a better candidate they become.

Ssegirinya further questioned the motive of the MPs on the panel for supporting MPs to stay in parliament for long yet they are chasing the president for the same reason.

Ssegirinya went ahead and hit hard on his counterpart, Latif Ssebaggala for not standing firm on his words.

“I am actually surprised it’s now two days and he has not yet changed his aspirations.” – Ssegirinya said sighting that with time he’s seeing Latif going for another seat.

While concluding the show Ssegirinya said he wouldn’t be returning on the same show if he is invited to sit with panelists that can’t walk the talk.

Several viewers came out praising Ssegirinya for the great debate he put up.

Ssegirinya has been in the news for more funny reasons that got him named a comedian. In 2017, he staged a red ribbon protest at the main entrance to Parliament which was being used by opposition politicians against the age limit removal.

NBS Barometer is well known for bullying guests that aren’t strong enough. It was on this very show that events promoter was branded a ‘useful idiot’ by panelist Betty Nambooze who said he wasn’t fit for such a serious show.