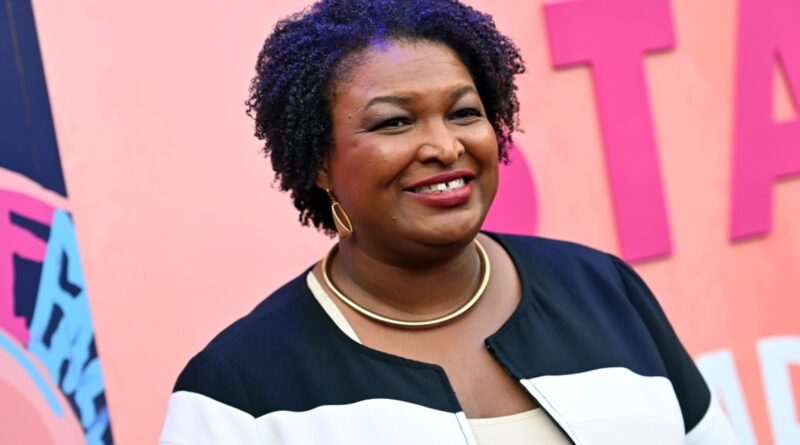 “I just want to remind you that if you believe in my body, my choice, I need your vote,” Abrams said at the concert.

Stacey Abrams held up a “my body, my choice” sign on stage as Latto performed “Pussy” in Atlanta Saturday night (Oct. 22).

The Democratic candidate for governor of Georgia took the stage at the State Farm Arena, where Latto was opening for Lizzo on The Special Tour. The message on the sign Abrams held high was echoed with a speech given to the crowd.

“I’m not gonna interrupt your fun. I just want to remind you that if you believe in my body, my choice, I need your vote,” Abrams said.

On Instagram, Abrams posted: “Thank you for sharing your stage with me, @latto777. Time to vote and protect a woman’s right to choose. StaceyAbrams.con/voting.”

“This is a governor who for the last four years has beat his chest but delivered very little for most Georgians,” she said, according to reporting by The Associated Press. “He’s weakened gun laws and flooded our streets. He’s weakened … women’s rights. He’s denied women the access to reproductive care. The most dangerous thing facing Georgia is four more years of Brian Kemp.”

Below, see a clip from Latto’s show shared by Abrams herself, as well as her speech which was captured by a fan at the show.

I don’t know if y’all can hear this because I’m still at the concert, but Latto brought out Stacey Abrams and she gave a RIVETING speech. The crowd went UP for the future Governor of Georgia! #SpecialTour pic.twitter.com/6eIDu4zHFs