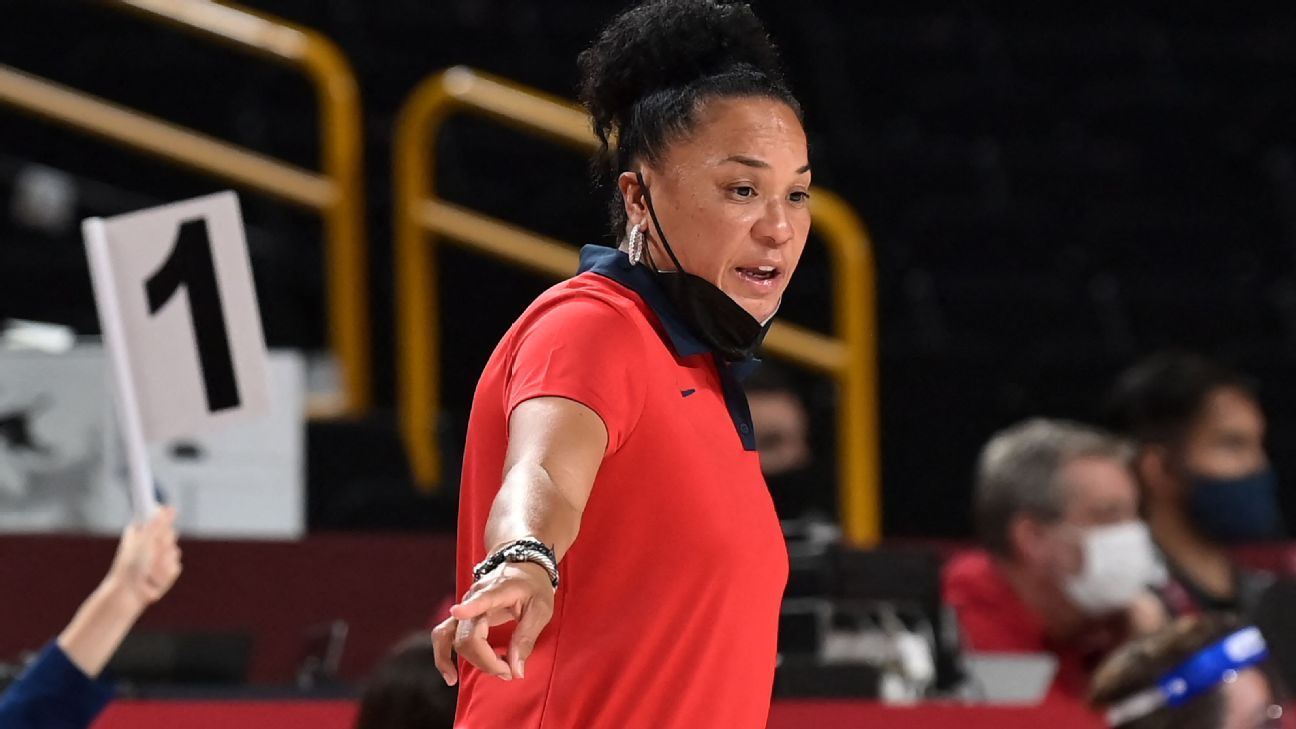 When asked before the Olympics if she would consider a second go-round as USA women’s basketball head coach, Dawn Staley said jokingly that she needed to win in Tokyo before even thinking about that.

Staley smiled as she said it in the Americans’ postgame news conference and was asked by U.S. guard Diana Taurasi, “Does that feel good, Dawn?”

Guard Sue Bird, who like Taurasi won a fifth Olympic gold medal, also confirmed that this will be her last Olympics, but she had said that even before going to Tokyo. Taurasi, on the other hand, said, “See you in Paris” — which is the site of the 2024 Olympics — though it was unclear whether she was joking or not.

Either way, Staley said she has enjoyed her time but has done all there is to do. She said the purity and innocence of “just playing” is what she has loved the most about being involved with the national team.

“It creates that like no other team you’ll participate on,” Staley said. “It’s the very thing I try to coach my college team [to have.]”

Staley’s association with USA Basketball goes back more than three decades, as she played for the organization while in college at Virginia, then made the senior national team for the 1994 FIBA Women’s World Cup and earned the first of three Olympic gold medals in 1996.

Staley was an assistant Olympic coach in 2008 and 2016. She was named head coach of the national team in March 2017, and a few weeks later she won her first NCAA championship as coach of South Carolina.

It has been a balancing act since then between her college program, which also made the Final Four this past season, and her USA duties. Staley led the Americans to the FIBA Women’s World Cup gold in 2018 and got to experience that championship and this Olympic triumph with former Gamecocks star A’ja Wilson.

With this win in Tokyo, Staley joins the late Anne Donovan in winning Olympic gold in 5-on-5 basketball as both a player and a head coach. Donovan won gold as a player in 1984 and ’88, and then was head coach in 2008. The late Pat Summitt got a silver medal as a player in 1976 and led the U.S. team to gold in 1984.

It’s not unusual that Staley is not staying for a second Olympic cycle; only UConn coach Geno Auriemma has coached the U.S. women’s national team in two Olympics (2012, 2016).

The Americans now have a streak of 55 consecutive Olympic victories, and Staley gave credit to Taurasi and Bird for their part in continuing it.

“The start of this winning occurred before them, but they finished it off,” she said. “They took it to another level. They are putting so much pressure on the next coach and the next players to perform at a high level.”

Staley’s departure means there will be all-new leadership for the U.S. women’s basketball program by the next major competition: the 2022 World Cup. National team director Carol Callan, who has overseen the program since 1995, announced in July that she was stepping down from that role, although she will continue as president of FIBA Americas.