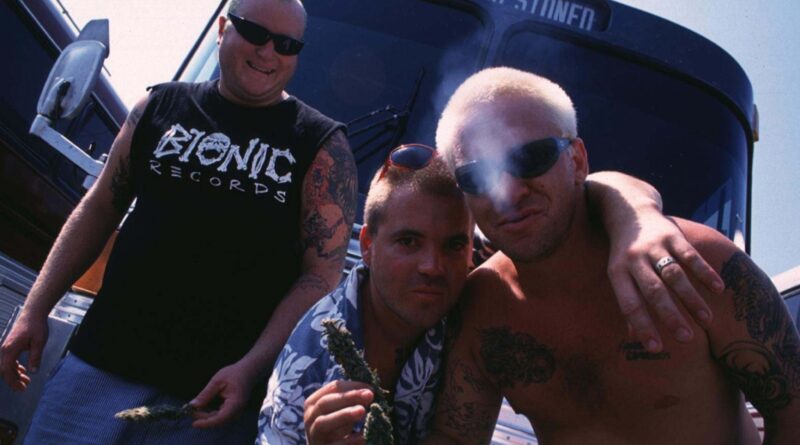 The film chronicling the ska-rap trio’s career will be written by “Ozark” writer Chris Mundy.

The story of Long Beach, California ska-rap trio Sublime is headed to the big screen. According to EW, the film chronicling the career of the band with a unique sound that blended hip-hop, reggae, punk, pop, rock and dub will be directed by Hunger Games director Francis Lawrence for Sony’s 3000 pictures.

The script for the biopic will be written by Ozark showrunner/writer Chris Mundy, with no cast or release date announced at press time. The project will be executive produced by surviving band members bassist Eric Wilson and drummer Bud Gaugh, along with Troy and Jakob Nowell, the widow and son of late singer Brad Nowell.

“Wow — we can’t believe this is finally happening and we couldn’t be more honored and excited to have the great Francis Lawrence and Chris Mundy telling our story,” the executive producers said in a statement.

Nowell — who formed the band with childhood pals Wilson and Gaugh in 1988 — died of a heroin overdose in 1996 and didn’t survive to see the band’s success. With a sound that mixed in so many genres, the group initially struggled to find labels interested in releasing their music, so they formed Skunk Records and released their mind-bendingly eclectic debut, 40oz. to Freedom, in 1992 on Skunk. The album bounced from the reggae-tinged title track and guitar- and scratching-heavy “Smoke Two Joints” to the delicate dub pop tune “Let’s Go Get Stoned,” a snarly Grateful Dead cover (“Scarlet Begonias”) the hardcore punk blitz “New Thrash” and the Latin-tinged, jazzy “Chica Me Tipo.”

While both albums hinted at the trio’s hard-to-contain musical potential, their third, and final effort, a self-titled major label debut on MCA, would lift them to global stardom. Sadly, Nowell — who had struggled with drug abuse for years — would not live to see their success, dying in a hotel room at 28 in San Francisco in May 1996.

Two months later, the album was released and the wider world got the first, and last, taste of the band’s potential. The album featured the still-popular reggae pop tunes “What I Got,” “Wrong Way,” “Santeria” and “Doin’ Time,” tracks that continue to be staples at alternative radio to this day.

“We’re thrilled Sublime’s insanely cool and important story will finally be told,” manager Dave Kaplan said in a statement. “They were fearless and pioneering in bringing together so many musical genres, cultures, and lifestyles during their short time as a band, and their music is still influencing musicians and artists to this day.”