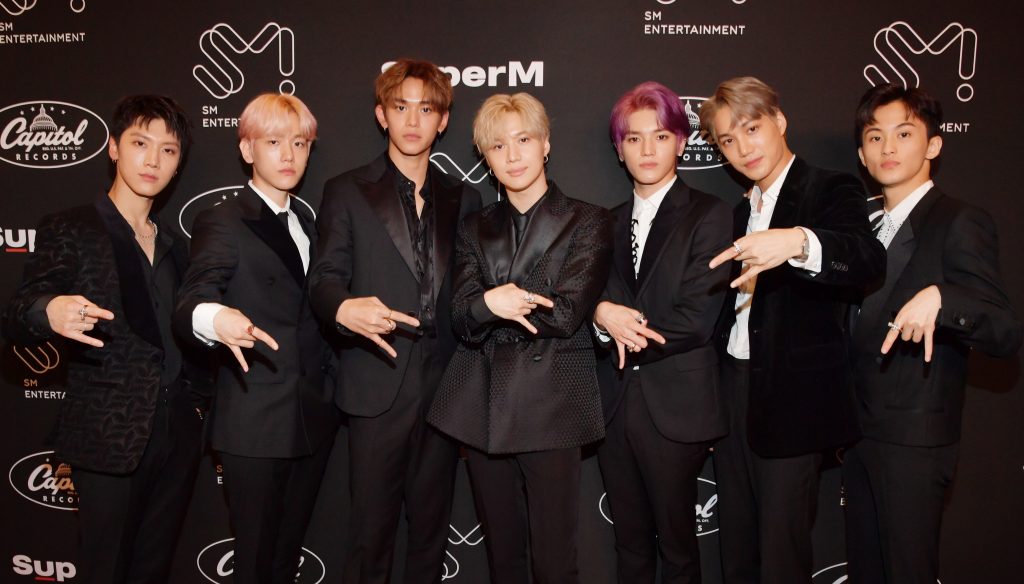 The “Avengers of K-pop” have returned. On Sept. 25, SuperM released their first studio album Super One. The album followed their 2019 debut with their eponymous EP. Based on fans’ reactions, Super One has exceeded expectations. With the release of the album, SuperM also announced a merchandise collaboration with Marvel.

Prior to the release of Super One, the Korean band released two singles: “100” and “Tiger Inside.” The group also gave a sneak peek of their single “One (Monster & Infinity)” with a performance on The Ellen DeGeneres Show on Sept. 23.

“We always thought that having ‘100’ come out first, then ‘Tiger Inside’ leading to ‘One,’ that whole picture was a strategy that we thought would be best because we wanted to build up as much anticipation as we can,” Mark told GRAMMY.com. “I feel like ‘One’ was one of those tracks we really wanted to explode with. It’s a song that represents the album the best way.”

SuperM are collaborating with Marvel

Because of this, the septet was dubbed the “Avengers of K-pop.” In addition to promoting in their original groups and solo activities, the members come together to form the supergroup SuperM.

Just before the release of Super One, the Korean band announced their collaboration with Marvel. The collaboration is a SuperM x Marvel limited-edition apparel collection, and according to Marvel it is reportedly just the beginning of “SuperM x Marvel co-branded content.”

What fans think of the album

On social media, fans spent the day of the album’s release expressing what they thought of Super One. The reactions to the album are almost unanimously positive.

One Reddit user wrote, “… i’m just so happy with this album, easily one of my favorites this year. i had doubts and frustrations bc of sm’s overlapping comebacks, etc. but honestly they worked hard for this for months and it was really worth it and incredibly satisfying as a fan to finally have it. so proud of them.”

“I was holding my breath about the full album, I usually try to keep my expectations low, and I’m glad that this time it was unnecessary. I love the whole thing, yes, even 100, which I find to be ridiculous and fun. And hearing more of Ten? Yeah, that makes me really happy,” wrote another Reddit user.

“I am so impressed by this album omg!!! On first listen, this album absolutely blew me away!! I was a fan of their debut album and I think Jopping is iconic, but Super One is LEGENDARY… SuperM really hit it out of the park with this and I’ll be excited to see more of their performances for One!!!”