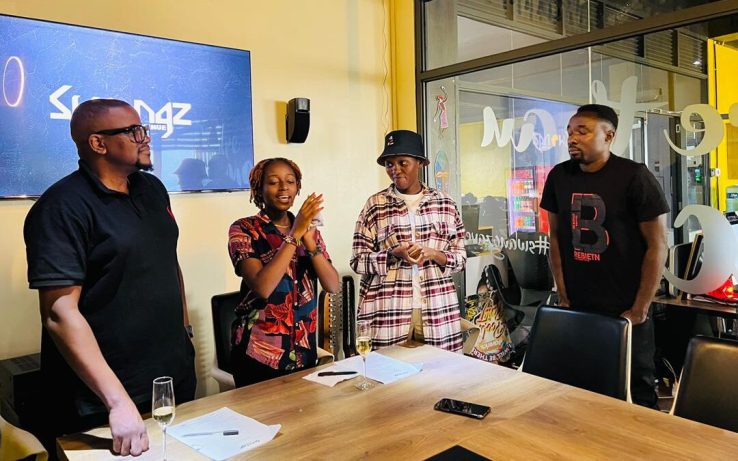 At a colourful event that happened at the record label offices, Zafaran(original name Josephine Nakyoonyi) signed her contract whose details were not publicised.

EJazz news sources however have it that this was a 5-year contract with a 360 deal. This means the artist will have Swangz Avenue in charge of all her needs.

Swangz Avenue has had an eye on this talent until recently when she appeared in the Conversessions that featured King Saha and Jose Chameleone.

The record label is known for spotting talent and grooming it into big stars. This is the second signing in a space of three years as singer Azawi was also signed in October 2019.