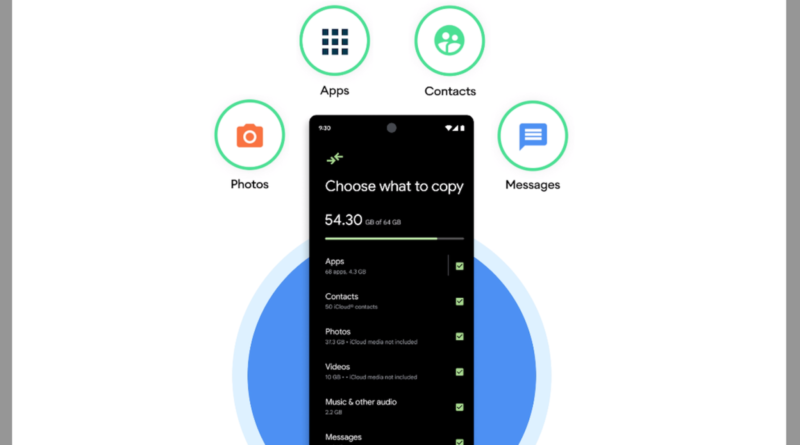 Android announced its support for the ‘Switch to Android’ app on iOS Wednesday, which will now be available to all users moving from iOS to phones with Android 12. The app is designed to make the hassle of transitioning from iPhone to Android easier. Android’s ‘Switch to Android’ is a welcome sight for former Apple fans who moved to Google’s mobile operating system, especially since Apple released the ‘Move to iOS’ app in 2015 for Android-to-iPhone switchers.

The app helps move important information from your iPhone to your Android. You can connect your iPhone to Android via cable or wifi, and then you have to follow their setup instructions for a seamless data transfer. And you don’t have to worry about your data disappearing from your old phone, the transfer just makes a copy of your data.

According to Android’s website, the data that will move from iPhone to Android via cable is the following: Contacts, Photos and Videos (that are stored locally on your phone, not iCloud), Messages, Wallpapers (custom photos only), Music (any DRM free, non-iTunes music), as well as call logs, alarms, and device settings.

If everything on your iPhone is backed up to iCloud, you may have a longer process. When the Android app was originally found unlisted in the iOS app store, one of Gizmodo’s reporters tested it out. The last step was to sign in to your Apple ID to copy your photos and videos from iCloud, and also involves sending a request to Apple for a copy of all your data. The positives of swapping to Android and using this app may outweigh this con of waiting for your data to transfer, as Android has features a lot of people love.