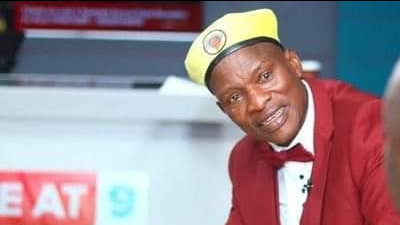 News coming in has it that controversial political analyst Tamale Mirundi was last night involved in a terrible car accident.

“An unknown vehicle yet to be identified intentionally knocked his vehicle causing total damage to his car but leaving him(Tamale Mirundi) with minor injuries but safe and alive” Mirundi Junior says.

He adds that security reacted in time and that is in touch with them to establish all the facts around the accident, further promising that Tamale’s media programs will go on as planned.

“As a family, we are in touch with security agencies to establish the intentions of the tormentors and public will be informed about all the proceedings.
I thank you all my good people.” Mirundi Junior adds.