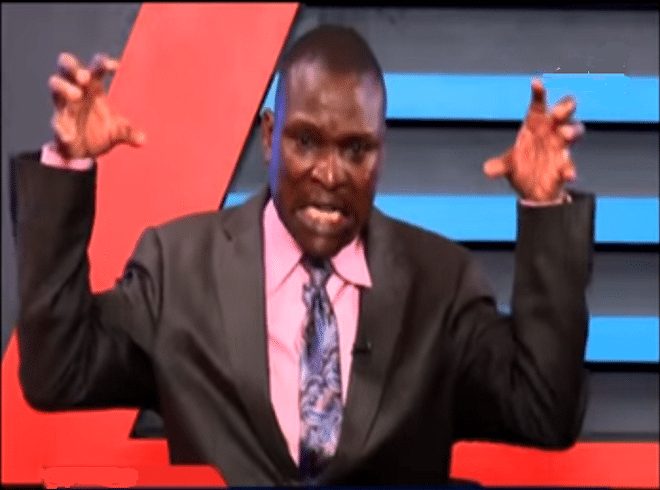 On Monday, it was reported that NBS “One on One With Tamale Mirundi” show host,  Simon Muyanga Lutaaya had been taken to Kirinya Prison to spend six months after he which he would be announced as a poor person on failure to pay an amount of 50 Million Uganda Shillings.

While speaking on national radio on Monday, Tamale Mirundi condemned the act of arresting the lad. He however put it to the unclear law that does not state or limit the money paid by parties in an election petition case.

Tamale believes that it would be government to fund such cases as a way of promoting democracy.

He went ahead to spill facts that Muyanga was arrested out of a plot by his opponents from a different section of the Basoga. According to Mirundi, the other group was not pleased when Muyanga Lutaaya was given the title of “Sir” by the ruling Kyabazinga who they don’t like.

He however vowed to call all his rich friends and take them to Muyanga’s home town for  a fundraising ceremony slated for this Saturday. Tamale promised to fight whoever goes against this campaign.