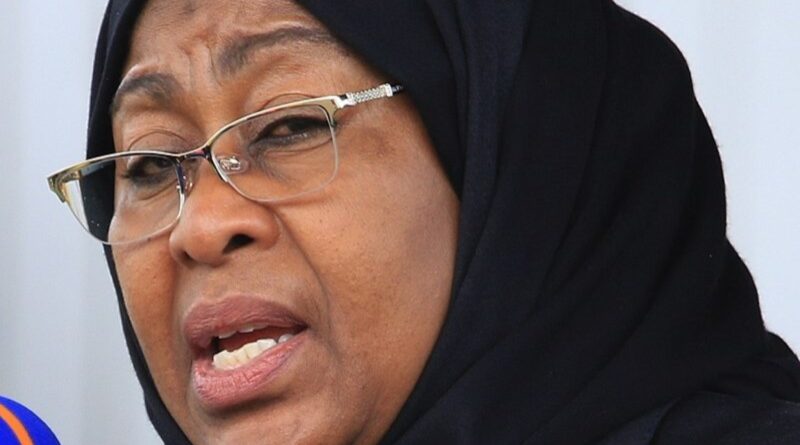 PRESIDENT Samia Suluhu Hassan on Monday flew out of the country to Accra, Ghana, for a three-day working visit, where her tour is expected to boost trade, investment and tourism between Tanzania and countries from West Africa.

During her visit in Ghana, the Tanzanian leader is also scheduled to receive the Africa Road Builders-Babacar Ndiaye Trophy 2022 in recognition of her commitment in development of transport infrastructure.

The trophy, which was won by the President of Nigeria, Mr Muhammadu Buhari, last year, will be awarded to President Samia at the final conference of the Africa Road Builders, which is scheduled to take place alongside the African Development Bank (AfDB)’s annual meeting in Accra, Ghana.

During her visit in Ghana, President Samia is as well expected to attend a dialogue organised by AfDB for African Heads of State and Government to discuss challenges affecting African countries such as climate change.

“The spiraling costs of living fuelled by an increase of prices of commodities and adoption of sustainable energy is among issues to be discussed during the dialogue,” according to a statement issued by Tanzania’s Directorate of Presidential Communications.

The Tanzania leader was named the winner of the Africa Road Builders-Babacar Ndiaye Trophy 2022 in April, this year.

The prize is awarded to leading figures in Africa who have demonstrated their commitment to the development of transport infrastructure on the continent.

The selection committee for the award commended President Samia for her “personal leadership, huge investments and commitment” to extending roads and the railway network in Tanzania.

“We send our warm congratulations to President Samia and the people of Tanzania (for this award),” the selection committee said in a statement.

The committee noted that the AfDB has provided 290 million dollars to support the revitalisation of roads, railways and air transport in Tanzania.

It also took into account the 172.2 million dollars contract signed with the China Corporation Limited to supply the country with 1,430 modern freight wagons to implement the ambitious plan by Tanzania Railways Corporation (TRC) to revamp railway transport in the country.

Finally, the committee as well noted that the official commencement of the AfDB-funded construction of the historic project to build an outer-ring road around the capital city of Dodoma in central Tanzania.

“The project was launched by President Samia on February 11, this year in the presence of the President of the AfDB Group, Dr Akinwumi Adesina.

The only female head of state in Africa, Samia came to power in March 2021, following the death of President John Magufuli, under whom she served as Vice-President during his six years in office as Head of State.

Commenting on the award, Ukonga MP, Mr Jerry Silaa (CCM), commended President Samia for her efforts in implementing infrastructure projects across the country.

“President Samia has done a lot in development of infrastructure and, hence, deserves the award,” Mr Silaa remarked while debating budget estimates for the Ministry of Works and Transport for financial year 2022/2023.

The MP pointed to the fact that apart from using local funds President Samia has also used her foreign trips abroad to seek funding for implementation of infrastructure projects.

“President Samia has done a lot and all major projects are progressing well,” the youthful MP stated.

His sentiments were echoed by Same East MP, Ms Anne Kilango-Malecela, who said Tanzania has managed to outshine all her partner states in the East African Community (EAC) when it comes to tarmac road networks.

Sponsored by the AfDB Group, the Africa Road Builders Babacar Ndiaye Trophy is organised by Acturoutes, an information platform on infrastructure and roads in Africa, and the Media for Infrastructure and Finance in Africa (MIFA).

MIFA is a network of African journalists specialising in road infrastructure. The trophy was instituted in honour of Babacar Ndiaye, who served as President of the African Development Bank Group between 1985 and 1995.