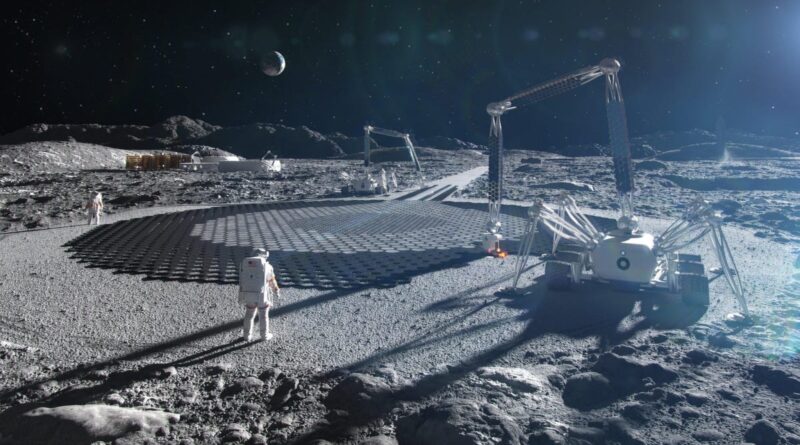 Texas-based ICON has been assigned the pivotal task of developing the means for NASA to build critical infrastructure on the Moon to further its Artemis ambitions.

NASA awarded ICON a hefty $57.2 million contract to research and develop construction technologies to build structures like landing pads, habitats, and roads on the lunar surface, the space agency announced on Tuesday. The contract runs through 2028.

Through its Artemis program, NASA wants to establish a sustainable presence on the Moon and use our natural satellite as an outpost to reach further destinations, namely Mars. “In order to explore other worlds, we need innovative new technologies adapted to those environments and our exploration needs,” Niki Werkheiser, director of technology maturation in NASA’s Space Technology Mission Directorate, said in a statement.

The contract builds on ICON’s Project Olympus, a conceptual space-based construction system that would use resources available on the Moon (and Mars), including regolith (i.e. dusty surface material) and rocks, to build structures. ICON is known for its 3D building technologies on Earth, having constructed the first U.S. 3D printed homes.

Through its partnership with NASA, ICON has already 3D-built a 1,700-square-foot Martian habitat analog known as Mars Dune Alpha. The idea is to use as little construction material as possible such that NASA doesn’t have to fly heavy payloads to the Moon or Mars. The space agency will use Mars Dune Alpha to train crews of astronauts during one-year stints starting next year.

“We’re pleased that our research and engineering to-date has demonstrated that such systems are indeed possible, and we look forward to now making that possibility a reality,” Jason Ballard, ICON co-founder and CEO, said in a statement. “The final deliverable of this contract will be humanity’s first construction on another world, and that is going to be a pretty special achievement.”

To develop the construction technologies needed for the Moon, ICON will work with lunar regolith samples brought back during the Apollo missions. The company will also test its hardware and software through a lunar gravity simulation flight. These tests on Earth will hopefully inform ICON’s 3D-building technologies to be used on the Moon, designing other worldly structures for lunar inhabitants.