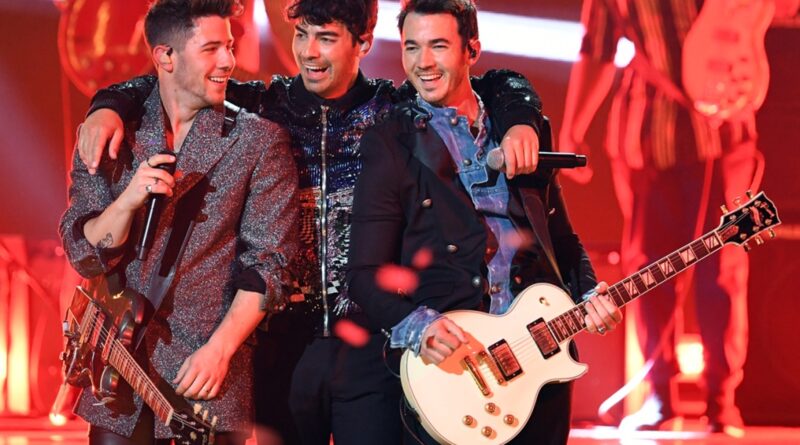 The band has partnered with Scriber, a subscription-based platform that offers fans exclusive access to their favorite creators starting at $4.99 a month.

Jonas Brothers perform onstage during the 2019 Billboard Music Awards at MGM Grand Garden Arena on May 1, 2019 in Las Vegas.
Kevin Winter/GI for dcp

Scriber, a subscription-based texting and digital fan club service, announced its launch Tuesday (May 31) along with its first artist partnership: Jonas Brothers. Through the new texting platform, the band will be offering their fans exclusive content, including behind-the-scenes videos, early ticket access and other updates directly from the trio. More creator partnerships are slated to be announced next month.

Fans who opt into the Jonas Brothers texting service, powered by Scriber, will also gain access to enter contests to win rewards and exclusive experiences. As stated in the launch announcement, Scriber’s first contest offers a chance to win a spot at the Jonas Brothers Authentic Memorabilia Pawn Shop Dollar Store in Las Vegas.

There’s also a charitable aspect to the Jonas Brothers’ Scriber partnership; according to a press release, more than half the band’s proceeds ($2 per subscription) will go to yet-to-be-announced charitable organizations selected by the group. Scriber is also donating of portion of its own proceeds to carbon reduction efforts via its payment processor Stripe.

You’ll want to be a part of this 👀

“There’s no app to download, no website to visit, no email to have to find,” said Scriber CEO Brian Goldsmith in a statement. “We cut through the clutter to deliver subscription videos and rewards in a way that captures the attention of subscribers.”

Creators can choose how much to charge their subscribers, with rates starting as low as $4.99 per month. The press release notes that Scriber distributes subscriber rewards using the blockchain and has a patent pending on its “one-click playing” technology. Creators retain copyright ownership over the video content they distribute using the service.

The concept of connecting creators, artists, politicians and brands to their audiences via direct message has been gaining prominence over the last few years, as companies like Community and Laylo have partnered with notable figures in multiple spheres, including Stacey Abrams, McDonald’s and Dixie D’Amelio. Though Scriber is entering this space later than its competitors, its business model differs in one key area. While Community and Laylo are paid for by the celebrities who utilize those platforms, Scriber asks fans to pay a monthly fee (7-day free trial, $4.99 per month) to gain exclusive access to their favorite stars as part of a quasi fan club.

Scriber’s focus on exclusivity, fan building and finding new revenue sources for artists also echoes messaging previously popularized by Web3 start-ups. Blockchain-based companies such as Rally ask fans to buy crypto tokens from their favorite celebrities in exchange for access to gated Discord servers and special fan experiences. Scriber, however, keeps its technology humble: Anyone with a cell phone number and a credit card can join. Also, unlike popular forms of token-gated fan clubs in Web3, Scriber provides a much simpler connection to the artist — no community building involved.

In a statement, Nick Jonas described Scriber as a way to “share something truly special with [fans], while also finding even more ways to give back to causes close to our hearts.” Joe Jonas added that they love “surprising fans” and that the fan club will be “a win-win” for everyone, while Kevin Jonas said it’s always “so special” to “connect directly with our fans” — a feat now made easier with Scriber’s texting-based platform.

“Having been in the media business for years, I’ve seen the powerful connection between creators and their fans,” added Goldsmith. “We’re proud to provide artists a new way to share the content that they love to make –and that their most passionate followers want to see before anyone else. The subscriber experience can include special access and rewards to help build a community of superfans. We’re also happy that Scriber can support causes meaningful to our creators.”