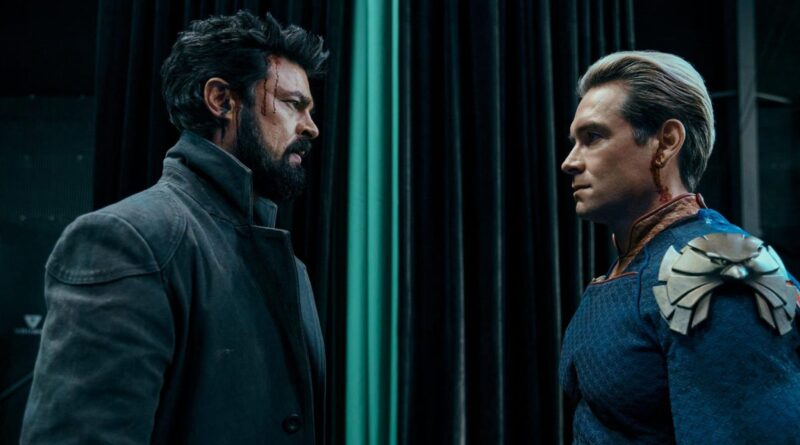 In a recent interview with Variety, The Boys’ showrunner Eric Kripke was very clear: he makes television, not movies.

“As a network guy who had to get you people interested for 22 fucking hours a year, I didn’t get the benefit of, ‘Oh, just hang in there and don’t worry,” he said. “The critics will tell you that by episode eight, shit really hits the fan.’ Or anyone who says, ‘Well, what I’m really making is a 10-hour movie.’ Fuck you! No you’re not! Make a TV show. You’re in the entertainment business.”

Prior to The Boys, Kripke was best-known for creating the CW show Supernatural, which ran for 15 seasons and starred Jensen Ackles and Jared Padalecki. (Ackles made an impact on the most recent season of The Boys as Soldier Boy.) Kripke was a showrunner for Supernatural during its first five seasons, after which he took a step back, citing a desire to work on other projects. He’s very vocal about the benefits of streaming vs. network television, and expresses to Variety that he’s happy to have made the jump, as he gets to focus in on the story without having to make attempts to retcon or backtrack on storylines throughout a season. He says that the ability to have most of his scripts written before even the first day of shooting—and the fact that all the episodes are finished before the air date—puts working for a streaming service miles ahead of any network.

“There are logistical benefits that would be impossible to give up because you can tell a coherent piece in a way you simply cannot with network TV,” said Kripke. “It’s already aired; you threw it out the door. You’re locked in. It happens all the time: we’re in the middle of filming episode seven, and we realize there’s a different story line we need. We still have time to go back and shoot it for episode one and drop it back in.”

The Boys seasons 1-3 are currently streaming on Prime Video, with a fourth season on the way.