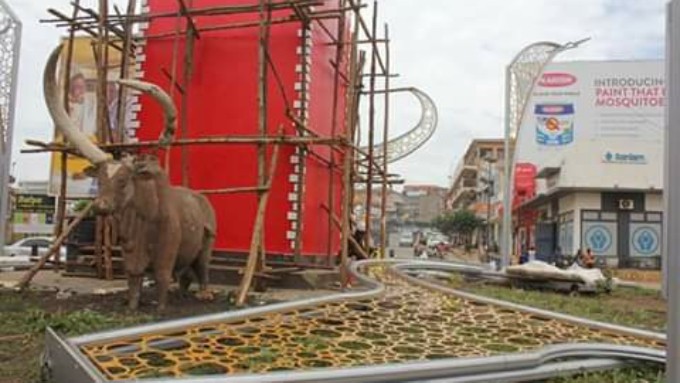 Mayor for Mbarara Municipality; Robert Kakyebezi has come out to defend the infrastructural changes in Mbarara city center saying the bull is still there.

This follows the news that broke up on social media pinning the municipal authorities for removing the bull’s monument that has been around for several years.

“I want to assure you the the bull is still there” Robert says.

He however adds that it’s getting old and they already have an architect who is going to renovate it.

About the new infrastructure, Robert Says, Mbarara is a dynamic city that has to keep moving and developing.

This comes shortly after news surfaced all over social media that the bull statue that welcomes those entering Mbarara had been substituted with new metallic infrastructure.

This caused so a lot of reaction on social media as many Ugandans wanted the monument back.

Mbarara has for long been known as the home of milk and honey!