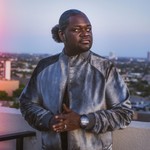 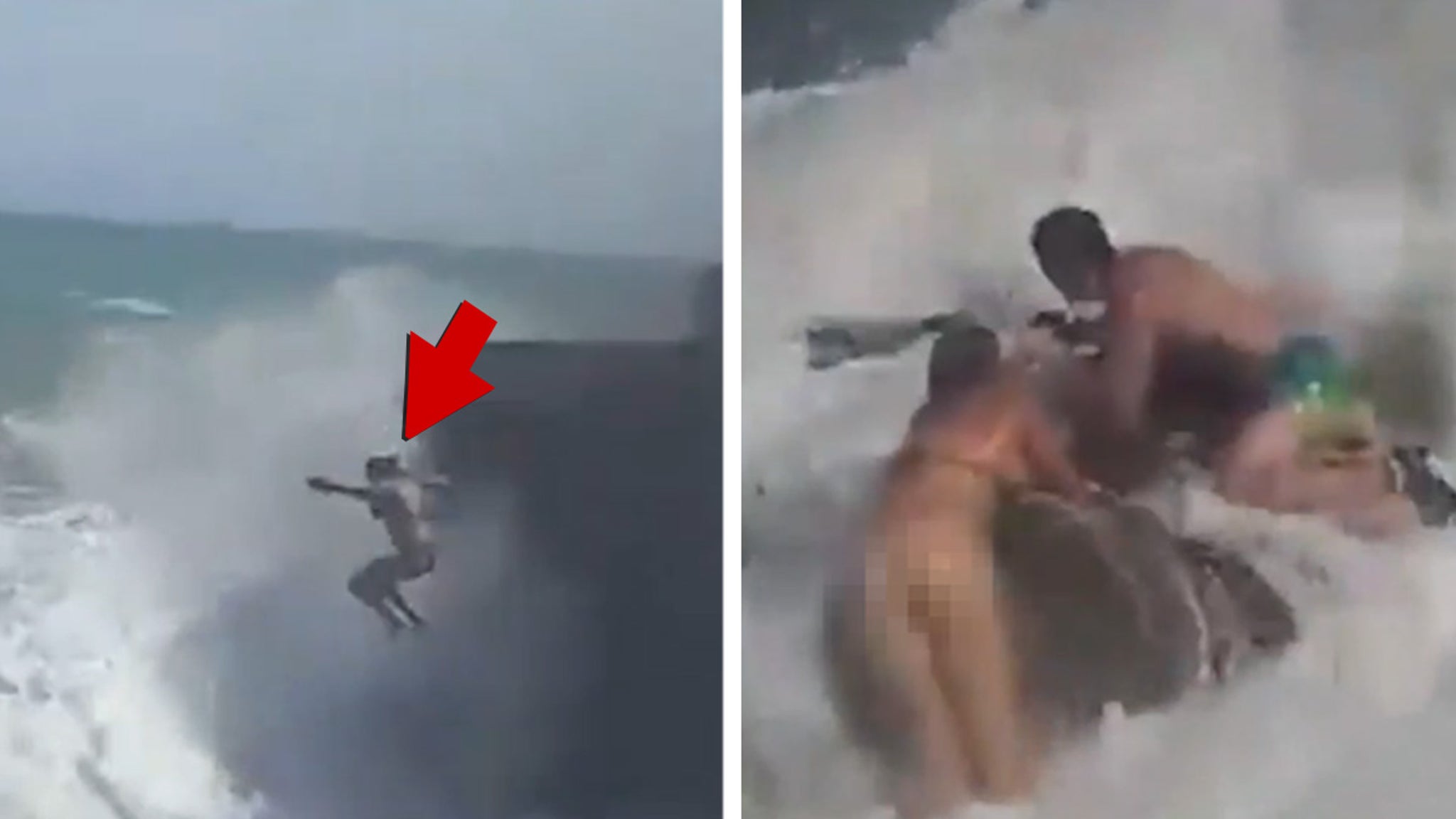 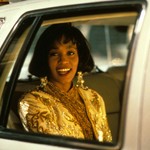 “I’m extremely grateful for Bearthday Music to have partnered with Def Jam and Universal,” added Poo Bear. “This is truly a dream manifesting to have the support of Def Jam, and their belief not only in me but in the artists I believe in. I’m looking forward to what’s to come from this new promising venture. Thank you to Lucian Grange, Jeff Harleston and Naim McNair for this opportunity. HBD!!!!”

In addition to the aforementioned artists, Poo Bear has worked with J Balvin, DJ Khaled, Jennifer Lopez, Mariah Carey, Billie Eilish and Ed Sheeran, among many others. He boasts nearly 300 songwriting and production credits with sales of over 350 million records worldwide.

The new London and L.A.-based endeavor has been in development for over six months, and is focused on bridging the gap between digital collectibles, gaming and virtual worlds. PIXELYNX will work with clients to digitize their brands into collectible goods for use in these fantasy worlds while its founders will utilize their experience and networks to help drive the shift into a more autonomous and decentralized entertainment world.

“We are on the edge of an exciting transition in entertainment where the lines between gaming, music, fashion, art and technology are being blurred,” said Phull. “The physical/digital crossover is here to stay and if you look beyond the hype it’s easy to identify the types of companies that will define the next generation of culture. Fortnite, Roblox and emerging virtual environments will represent the future of social life. Our mission is to help our partners enter this space and bring value to their fans in a meaningful way. Ignoring this new medium is like being late to e-commerce or social media. The metaverse is coming, embrace it and re-imagine what it means to connect with your fans and consumers.”

“What PIXELYNX is offering goes beyond a ‘let’s dip our toes into the metaverse’ situation,” continued Zimmerman. “The virtual world is continuously expanding and changing which is really exciting and we are growing with it, especially into new sectors like music and fashion. Gaming, virtual worlds and interactive experiences offer limitless possibilities which we are able to carve new pathways forward in.”

TikTok partnered with the Southern African Music Rights Organization (SAMRO) and the Composers, Authors and Publishers Association (CAPASSO) for a multi-territory licensing deal.

SAMRO and CAPASSO represent the rights of thousands of music creators across Africa. With the increasing popularity and use of the continent’s music on TikTok, the deal ensures that the organizations’ songwriters, composers and music publishers receive royalty payments when their music is used on the short-form video platform.

“We are happy to have reached an agreement with TikTok in order to ensure that pan African songwriters are taken care of on the platform. As a social music platform, TikTok has revolutionized how we engage and consume music,” said Wiseman Ngubo, CAMPASSO COO. “TikTok allows fans to co-create, contextualize and re-interpret their favorite songs alongside their favorite artists and drives engagement and a deeper appreciation of songs in an era when music consumption is increasingly divorced from context. With the increasing spotlight on African music, more African songwriters are poised to reach global superstar status and TikTok will play a major role in showcasing their talents to the world.”

“TikTok is delighted to enter into this agreement with SAMRO and CAPASSO, ensuring that songwriters, composers and publishers across Africa can benefit when their music is used on TikTok,” added Jordan Lowy, TikTok’s head of music publishing, licensing and partnerships. “This is an exciting region for us with a huge pool of incredible talent, and I look forward to connecting them with our global audience.

Reservations technology platform Lyte partnered with Life Is Beautiful to host reservations for its single-day tickets.

With its reservation system, Lyte’s technology confronts the issue of ticket-reselling, allowing fans to reserve their desired tickets with their credit card. The orders are then fulfilled in an organized manner, all in partnership with the official ticketer for the event.

The technology also prevents fans from unintentionally becoming scalpers; if needed, ticketholders are able to exchange their tickets at fair market value, and those holding reservations are first in line to receive the returned tickets. By using Lyte, Life Is Beautiful promises its fans access to real tickets at fair prices.

The Las Vegas festival is slated to occur Sept. 17-19 and includes headliners Billie Eilish, Green Day and Tame Impala amongst many others.

“It’s exciting to have Vydia as a partner,” said Cavallo. “They always want to do what’s right for the artist and the music and they have no fear about trying new ideas. There’s no telling how high we can go together.”

Cavallo is known for his production work with bands like Green Day, Linkin Park and My Chemical Romance to name a few. A three-time Grammy winner, he has also contributed to soundtracks for popular movies such as Disney’s Tarzan, Austin Powers, City of Angels and more.

With his new management company, Cavallo will prioritize A&R and management while also providing guidance and label services as needed.

“At Audiomack, we recognize the importance of access to quality music, and this coupled with Nigeria’s burgeoning music industry influenced our partnership with MTN,” said David Macli, CEO and co-founder of Audiomack Africa. “This partnership not only allows us to create shared value for MTN subscribers by delivering the best musical experiences but also enables us to connect further with the Nigerian market as we reach new audiences.”

“High data costs are one of the barriers to music streaming and we are glad to be partnering with one of Africa’s leaders in telecommunications to provide the Audiomack+ Data Bundle,” added Charlotte Bwana, head of business development and media partnerships for Audiomack. “We are truly excited at the prospects of this partnership to offer the best and hottest new music through a mix of real-time trending, top charts, and expertly-curated playlists to MTN subscribers.”

WME has signed media creator Sheena Melwani in all areas.

Her Interrupted Series has earned over 1 billion views on TikTok and YouTube. WME will build out Melwani’s business across music, podcasting, brands and endorsements, television, touring and other platforms.

Melwani as a singer and songwriter is currently in the studio working on an EP.

She continues to be managed by Brillstein Entertainment Partners.

The singer-songwriter went viral on TikTok for his single “Wildfire” released in June 2019. He has since signed a publishing deal with Sony as well as a management deal with Simon Tikhman and Kevin “Chief” Zaruk of The Core Entertainment.

Smith spent time working as a worship leader and credits this experience as his biggest music inspiration. His breakout singles include “Under My Skin,” “Under My Skin Stripped” and “Sleeve,” amassing over 28.5 million streams.

“CCS has consistently grown and expanded the global reach and breadth of our music publishing and rights administration,” said Jodie Ferneyhough, Founder and President of CCS Rights Management. “Launching the new neighboring rights division is a natural step in fulfilling the company’s mandate of providing a full suite of services to artists, writers and rightsholders. We are thrilled to broaden the scope of our relationship with Spin Master, and welcome many recent signings including Tate McRae and Higher Reign Music Group.”