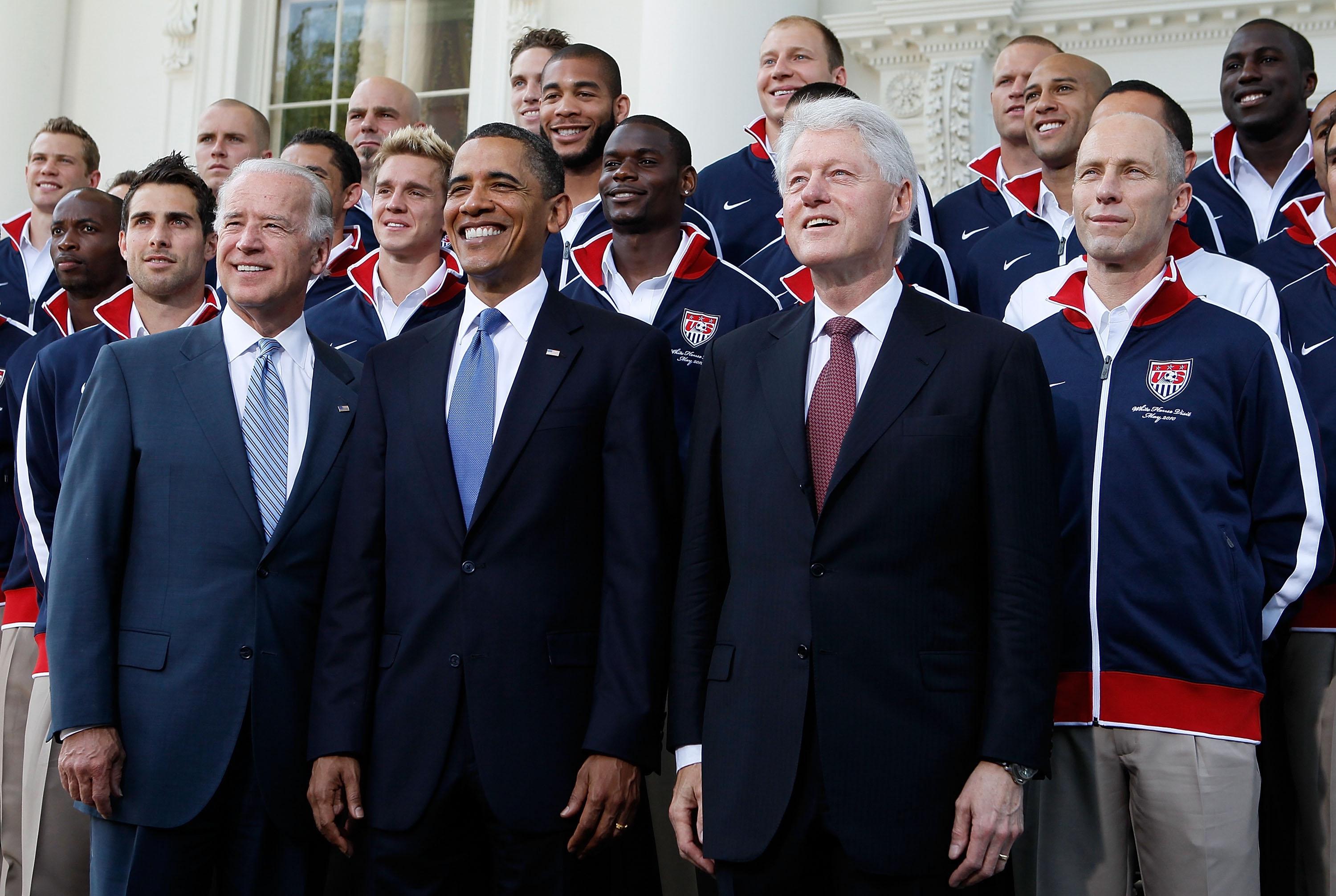 The End of the Four-Year Presidency—for Democrats, Anyway 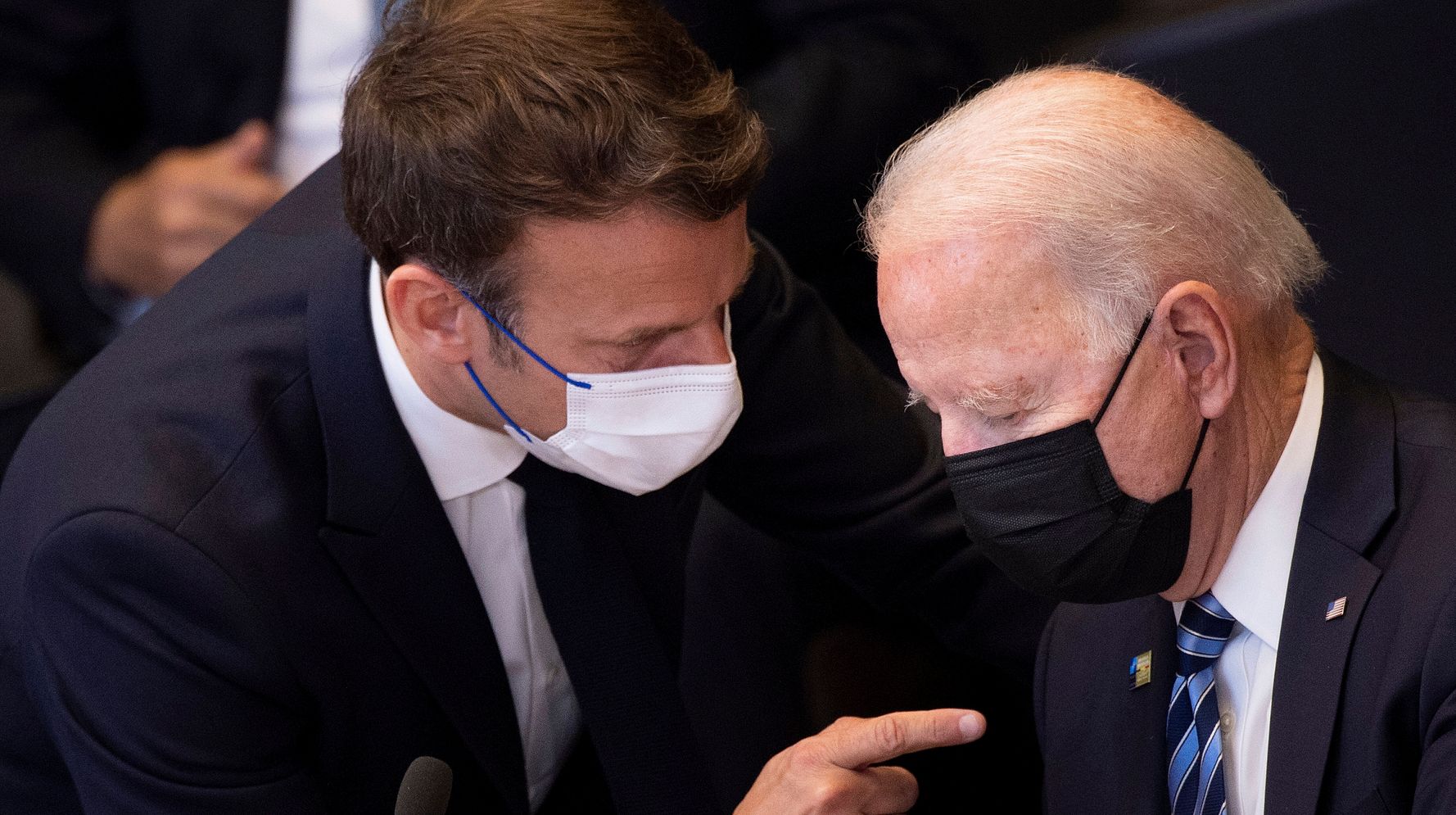 Throughout history it’s been periodically suggested
that America should amend the Constitution to make the president serve a single
six-year term. This quaintly goo-goo reform enjoyed
its most recent vogue in the 1980s, when no president had served out a full two
terms in more than 20 years. Especially after Watergate, running for
reelection seemed fraught with corruption. Why not give the chief executive
six years, free him to govern according to his conscience, and put a choke
chain on the imperial presidency?

You don’t hear much talk about the six-year
presidency anymore. That’s mainly because Ronald Reagan served out two full terms,
as did three of his five successors. Reelection became the presidential norm.
Even George W. Bush managed it! Instead of the six-year presidency, we got the
two-year presidency—at least for Democrats, that is.

I don’t mean literally that presidents
serve only two years. As noted above, after Reagan ended the post-Eisenhower
dry spell, we saw Bill Clinton, George W. Bush, and Barack Obama serve two
terms. But most presidents after George H.W. Bush were given a free hand to
enact their most ambitious policies for only their first two years in office. The
meaningful part of Joe Biden’s presidency will likely end shortly after he
turns 80, and don’t think he doesn’t know it.

The era of the two-year presidency began after
Congress freed itself from one-party control. Democrats held the majority in
the Senate from 1955 to 1980 and in the House from 1952 to 1994. The result
was a golden age of bipartisanship, on the Democrats’ terms. Republicans mostly
accepted the New Deal—even Reagan talked up his youthful admiration for
Franklin Roosevelt—and until Jimmy Carter came along, Democratic presidents
could usually count on strong congressional support for their policies.

For Democrats, party discipline started to
break down in the 1960s, partly because of the student-driven “Dump Johnson” movement that persuaded Johnson to withdraw from the
1968 election, and partly because the chasm between the congressional
Democrats’ liberal wing and their Southern conservative wing  was becoming unbridgeable. Republicans moved
in the opposite direction. Starting in the 1980s, the Reagan-driven swing to
the right began to harden party discipline as Republican liberals and
accommodationist conservatives began to vanish.

The turning point was the election of 1994,
two years after Bill Clinton was elected president. Clinton came into office pledging
to reform the health care system, and he made good on that  promise with a proposed overhaul designed by first lady Hillary Clinton in 1993. William Kristol, then a highly partisan
Republican who was chairman of something called the Project for the Republican
Future, wrote an influential memo opposing the plan, almost
entirely on political grounds; House Speaker-in-Waiting Newt Gingrich, who
didn’t need a lot of encouragement, ran with it; and Republicans won back the House
for the first time in 32 years. Ever since, no Democrat—or Republican, for that
matter—has been able to count on controlling both houses of Congress.

Writing in Slate, Jacob Weisberg would
later argue, persuasively, that Kristol’s memo “marks the
pivotal moment when Republicans shifted from fundamentally responsible partners
in governing the country to uncompromising, hyper-partisan antagonists on all
issues.” Kristol, an intellectual with a Harvard Ph.D. in political science and
the son of two eminent neoconservative thinkers, was ideally situated to give
the GOP permission to forget entirely about governing and act purely based on crude
political interest. (It helped that health care was never a topic that greatly
interested Kristol, who specialized in foreign policy.) The result was a
Republican devolution so squalid that by 2016 even Kristol had disavowed the
party and started voting Democratic.

The result, for Clinton and Obama, was that they
became two-year presidents.

Clinton lost his chance to reform health care, was pronounced by Time magazine the Incredible Shrinking President, and
ended up making the groveling declaration that “the era of big government is over.” Because he was a brilliant
politician, Clinton for the next six years played a very weak hand to maximum
advantage, establishing some policies that would age well (deficit reduction,
poverty-reducing expansion of the earned income tax credit) and others that
would age less well (welfare reform, crime bill, capital-gains rate reduction, statutory
prohibition against gay marriage, failure to regulate the over-the-counter
derivatives market). If Clinton’s presidency seems less consequential today
than it appeared at the time, that’s mainly because he failed to capitalize
sufficiently on 1993 and 1994, the years when he was actually president.

Perhaps heeding Clinton’s example, Obama made
much better use of his two-year presidency, pushing through the Affordable Care
Act and the Dodd-Frank financial reform bill. The first was a breakthrough
achievement toward nationalizing health care; the second, though disappointing,
was nonetheless the first Wall Street reform of any consequence since the Great
Depression. Obama didn’t get much done after the House went Republican in 2011,
because he couldn’t. Obama’s example stands as the model two-year presidency.

Republicans don’t really have two-year presidencies.
In George W. Bush’s case, control of the Senate bounced back and forth like a
ping-pong ball, but he remained president eight very long years. Bush didn’t
need much input from Congress to conduct an ill-considered war in Iraq and a
never-ending one in Afghanistan, both powered by the 9/11 attacks. Also, Bush
had little trouble getting all the bipartisan help he needed from Congress to
drive the economy into a ditch at the end of his second term.

Similarly, Donald Trump was president four
long years (they felt like 10), even though he lost the House after two. He managed
this through the exertion of executive authority, which he used to poison U.S.
immigration policy, turn the Justice Department corruptly partisan, bar the
Health and Human Services Department and Centers for Disease Control and Prevention from
managing the Covid pandemic in a responsible way, and by deploying the bully
pulpit to maximally toxic effect.

Republicans have two-year presidencies only
in the sense that their most cherished—perhaps only!—policy goal, which
is to reduce taxes on wealthy people and corporations, can’t be achieved
without a Republican majority. Bush passed his two ruinous income tax cuts and
Trump his ruinous income and corporate tax cuts during the first two years of
their presidencies. Bush also passed a couple of bipartisan bills during his
first two years, one of which (the No Child Left Behind education reform bill)
aged badly, the other (the Medicare drug benefit) moderately well.

Apart from cutting taxes, Republican
presidents don’t much care about passing new laws. In part, that’s because
they’ve become so blindly partisan that governance is mostly an afterthought. To
the extent that they pursue their limited-government agenda at all, their goals
can be achieved tolerably well simply by throwing a monkey wrench into executive-branch
regulation and by getting the Senate (which is less midterm-sensitive) to
confirm reactionary judges. Meanwhile, Republican presidents’ belligerent
foreign policy goals can be pursued by exercising their prerogative as
commander-in-chief of the armed forces (as Bush did) or by bullying foreign
leaders (as Trump tried to do in Ukraine).

If Biden plays his cards extremely well, he
may escape losing his House and Senate majorities in 2022. It remains to be
seen whether the GOP’s captivity to the Trump cult will be a help or a hindrance
to the Democratic Party’s designs. But Biden would be a fool to count on having
more than a two-year presidency, and the evidence strongly suggests he doesn’t.

As two-year presidents go, Biden has already
surpassed Clinton, and he’s gaining fast on Obama. The stimulus bill and the
infrastructure bill represent significant breakthroughs in liberalizing
domestic policy. Though its fate is not yet decided, the reconciliation bill is
even more promising. Even if it doesn’t pass, Biden can look forward to more
than a year of being president before the midterms spoil the party (assuming
they will). He’s well positioned to become the greatest two-year president in
American history.