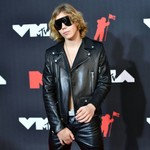 LAROI’s track “Stay” with Justin Bieber — another Braun client — is currently the No. 1 song in the country, topping the Billboard Hot 100 for the six weeks since it’s July 9 date release on Columbia Records.

Leber launched Rebel in April in conjunction with Live Nation. He had previously been a partner at management conglomerate Maverick, which he co-founded in 2014 alongside other music management heavyweights Clarence Spalding, Larry Rudolph, Guy Oseary, Gee Roberson, Scott Rodger, Cortez Bryant, Ron Laffitte and Caron Veazey.

Braun and Leber did not respond to request for comment at time of publishing.