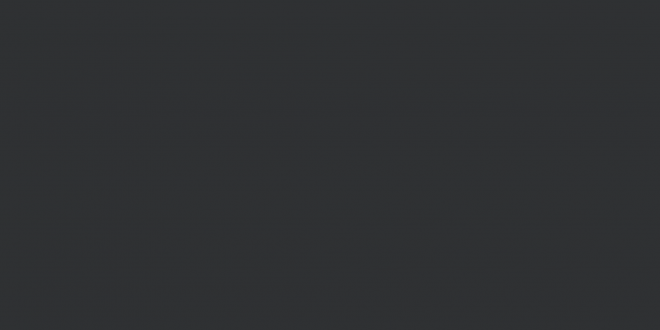 The latest news on COVID-19 developments in Canada for Wednesday, May 19, 2021

The latest news on COVID-19 developments in Canada (all times Eastern):

Health Canada says the Pfizer-BioNTech vaccine can be stored for up to a month in a normal refrigerator, which will make it much easier to distribute and use in more remote parts of Canada or pharmacies and doctor’s offices in urban settings.

The vaccine started off as the most difficult to handle, requiring ultra-low temperature freezers and specialized shipping containers packed with dry ice.

Canada bought 110 of the specialized freezers to help provincial governments store the vaccine at the required temperature between -60 C and -80 C.

It could be thawed up to five days before use.

In March, Pfizer asked Health Canada to update the guidance to say the vaccine could be stored up to two weeks in regular freezers, at around -20 C.

Wednesday, Health Canada approved another request to change the vaccine’s authorization to say it can be stored at 2 C to 8 C for up to a month, which is the temperature of most refrigerators.

Manitoba has transferred two COVID-19 patients in intensive care to Thunder Bay, Ont., because of growing demand for hospital beds.

Shared Health, the body that co-ordinates clinical care in Manitoba, says critical care capacity in Manitoba, is at significant risk, and the transfers freed up much-needed bed space.

The Manitoba government has already said the demand for intensive care beds is near record levels as the province faces the third wave of the pandemic.

The Opposition New Democrats say the government failed to plan for the third wave and expand hospital capacity.

The five-day test positivity rate is 13.5 per cent provincially and 15.1 per cent in Winnipeg.

Saskatchewan is reporting 141 new cases of COVID-19 today, and no new deaths due to the virus.

One hundred and eighty people have recovered, leaving the province with 1,786 active cases.

The Saskatoon zone has the highest number of active cases – 533 – of any region in the province.

The province also reported 134 people in the hospital, 28 of whom are in intensive care.

Yukon is reporting no new cases of COVID-19.

The COVID-19 case count for the territory is 84.

The territory reported 82 people have recovered and it has recorded two fatalities.

There are no active cases in Yukon.

Online vaccination bookings for youth between the ages of 12 and 17 begin tomorrow.

Newfoundland and Labrador is reporting three new cases and 78 active cases of COVID-19.

Officials say 50 per cent of people aged 12 and over in the province will have received at least one dose of COVID-19 vaccine by the end of the day.

Health Minister John Haggie says the province has 1,480 doses of the Oxford-AstraZeneca vaccine set to expire by the end of the month.

He says if the province cannot use them in time, they’ll be sent off to join the federal vaccine supply chain.

Officials have identified 59 cases in the Halifax area, 19 in the province’s eastern zone, three in the western region and two in the northern zone.

The province has 1,262 known active cases of COVID-19, with 101 people in hospital, including 20 in intensive care.

As of Tuesday, 442,535 doses of COVID-19 vaccine have been administered, with 40,096 people having received their second dose as required.

New Brunswick is reporting one COVID-19-related death and eight new cases of the virus today.

Health officials say a person over 90 years old has died in the Bathurst area, bringing the total number of deaths in the province to 43.

They are reporting six new cases in the Fredericton area, one in the Saint John region and one in the Edmundston area.

The province has 116 known active cases of novel coronavirus with 11 people in hospital, including three in intensive care.

Indigenous Services Minister Marc Miller says 74 per cent of adults living on reserve have now received at least one dose of COVID-19 vaccine, and 36.1 per cent have received both doses.

Overall, Miller says, the picture of the pandemic is looking better in First Nations and in the territories, but “challenges still remain,” particularly among younger people who aren’t yet vaccinated.

He said efforts are underway to vaccinate youth with the Pfizer-BioNTech vaccine, which has now been approved for kids as young as 12.

Pfizer is the only vaccine authorized for anyone under the age of 18, but until now, only Moderna has been used in First Nations and in the territories.

Pfizer is trickier logistically, mainly requiring ultra-cold freezers and the use of special, low-dead volume syringes to get the six doses out of every vial.

Miller said “planning is actively underway” on youth vaccination, noting Manitoba intends to vaccinate 18,000 youth on reserve by mid-June and Yukon is looking at vaccinating kids at schools before the summer break starts.

There are 63 active cases in the territory, 62 in Iqaluit and one in Kinngait.

Although about 80 per cent of Iqaluit’s adult population has been vaccinated, the territory’s chief public health officer says about 100 people are being vaccinated in the city each day.

Public health says it will also start voluntary COVID-19 testing in some apartment buildings and complexes in Iqaluit.

One Iqaluit resident with COVID-19 is currently in the intensive care unit in an Ottawa hospital.

Doses will first be given to people with certain underlying medical conditions such as severe heart failure and Down syndrome.

After that, appointments will be available based on when people received their first dose, and the campaign could finish by the end of July.

Chief public health officer Dr. Heather Morrison says three of the cases involve people in their 20s, who are close household contacts of a previously reported case linked to the Leaps and Bounds Childcare Centre in Charlottetown.

The other two cases involve people in their 30s who recently travelled to the Island from outside of Atlantic Canada.

The province currently has 14 active cases of novel coronavirus and has had 199 positive cases since the onset of the pandemic.

Health officials say hospitalizations dropped by 18, to 466, and 113 people were in intensive care, a drop of five.

Officials say over 71,000 doses of vaccine were administered Tuesday, for a total of more than 4.5 million.

About 50.5 per cent of Quebecers have received at least one dose.

Ontario hospitals have been given permission to resume non-urgent surgeries and procedures as the number of COVID-19 infections declines.

The province’s top doctor says in a memo that he is rescinding an emergency order issued April 20 that told hospitals to temporarily cease the procedures amid an onslaught of cases.

He says some of the province’s hospitals now have capacity to resume cancelled procedures and notes that it’s important to limit the long-term negative impact of waiting for non-urgent care.

Ontario is reporting 1,588 new cases of COVID-19 and 19 more deaths linked to the virus.

Health Minister Christine Elliott says there are 524 new cases in Toronto, 335 in Peel Region, 105 in Ottawa and 94 in York Region.

The province says 3,119 cases were resolved since Tuesday’s report.

Ontario says more than 145,000 doses of a COVID-19 vaccine were administered since Tuesday’s update, for a total of 7.4 million doses.

This report by The Canadian Press was first published May 19, 2021.