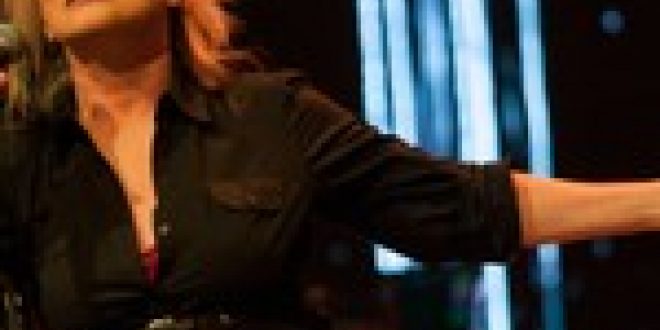 But Blondie’s concert, as it turned out, was a last hurrah for a period that brought not only those U.S. tourists, but also an unprecedented number of famous American musicians to Havana. The frequency of such concerts, organized under the guise of cultural exchange with the cooperation of the Cuban Ministry of Culture and the U.S. government, exploded after President Obama and Cuban President Raul Castro re-established diplomatic ties between the two countries at the end of 2014.

“The fact that there have been concerts in Cuba like Blondie, the Rolling Stones, Diplo, Audioslave and many more have allowed thousands and thousands of people to believe that a different world is possible, to feel fortunate to have lived a magic moment and forget about everything around them,” says the artist X Alfonso, who in 2014 founded Havana’s Fábrica de Arte, an arts center and music venue that was visited by Usher, Questlove and Childish Gambino among many other American artists. (X is also the son of Sintesis’ Carlos Alfonso). “It’s a unique gift and a dream come true.”

Just as it seemed that performing in Cuba could evolve from an artistic and altruistic endeavor into a commercially viable one, the Trump Administration announced regulations reversing the Obama policies with strict new rules in 2017. By spring of 2019, American cruise ships stopped docking in Havana.

While Americans could still get to Cuba, it was more difficult. And as the burden of visa paperwork returned to pre-Obama levels, so did the chilling effect on artists and fans. Country star Tim McGraw, for example had announced what was billed as “four days of music and adventure in the city of Havana,” for Memorial Day weekend in 2019. The trip was cancelled soon after Blondie returned from their own successful experience in Cuba.

“We’re really happy and proud that we were able to get there,” Blondie drummer Burke said in a conversation with Billboard on Zoom. “The receptive nature from the Cuban government was a big impetus for us. They were happy to have us come and experience that. It was a good learning process for us, too. I mean, I probably felt safer in Cuba than I do like in Century City Mall these days.”

Until the end of his term, Trump continued to tighten regulations, prohibiting Americans from staying in a growing list of Havana hotels, and as a last stroke of his pen against Cuba, he returned Cuba to the list of “terrorist countries,” effective January 2021. Then COVID-19 arrived. All live music came to a standstill on the island and most venues remain closed.

“The main issue why we can’t get started yet is because Cuba is still having a COVID surge,” says Chaz Chambers, whose company Havana Music Tours just canceled a sold-out trip to a Cuban music festival scheduled for August.