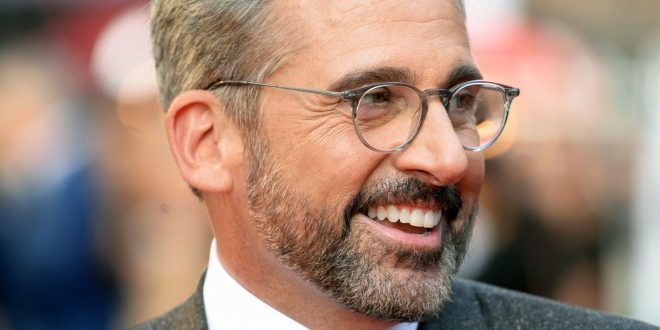 ‘The Office’: Steve Carell Was ‘Barely Able to Get Through His Lines’ in the Read-Through for This Episode

On the set of The Office, Steve Carell was known for being one of the few actors who wouldn’t constantly break while filming. It’s a funny show, we get it. But it seems even the master of comedy found one episode too hilarious to get through with a straight face during the table read portion of production.

‘Dinner Party’ was a different kind of ‘Office’ episode

There majority of The Office takes place in, well, the office. So when the cast heads out to a different location, it’s exciting and different. “Dinner Party” takes place in Michael and Jan’s sad little condo. It’s gone down as one of the funniest, darkest, most notorious episodes of The Office.

In a 2018 interview with Rolling Stone, Ed Helms described the episode perfectly:

“The episode is a crucible for the various relationships on the show,” said the Andy Bernard actor. “It’s a tight, contained space where so many relationship issues are bubbling around between Jim and Pam, Andy and Angela, Michael and Jan. It’s that pressure-cooker aspect that heightens everything, plus the decorum of the dinner party, the sort of need to rise to a different sort of social construct, as opposed to just being co-workers in an office space. It’s just a boiling-hot crucible of comedy.”

“I had an expression that I used in the writers room to describe a scene where the situation was charged, where several characters had different opinions and there was an excuse for them to all sit around and fire off great lines one at a time,” he told the publication. “I called it a ‘killing field,’ like it was just nonstop joke-joke-joke. They were usually scenes like a diversity-training seminar in the conference room. Once Jim and Pam got to the condo, this entire episode was a killing field.

The ‘Dinner Party’ read-through was a huge success

As iconic as “Dinner Party” is, one of the episode’s co-writers, Gene Stupnitsky, says the read-through “started off very slow.”

Lee Eisenberg, the other co-writer, says he knew they had a winner when Carell could hardly get through his lines.

“There’s nothing more satisfying than having Steve Carell barely able to get through his lines,” he said. “It’s like a live show. You’re seeing someone experience it right in front of you for the first time, which is great.”

RELATED: ‘The Office’: The Dwight Schrute Speech an Impressive Amount of Fans Have Memorized

Carell wasn’t the only actor who got a kick out of the script.

“When we all first read it, we were laughing hysterically,” said Angela Kinsey (Angela Martin).

“Sometimes table reads are quick and easy and sometimes they’re a bit of a slog, and that one had just so many laughs already built into it,” said Helms. “Gene and Lee just had such a grasp of the voice of the show and of these characters that we knew that, yes, we’re on to something special here. This is going to be a blast.”

RELATED: ‘The Office’: Kevin Actor, Brian Baumgartner, Is ‘a Great, Great Athlete,’ According to Steve Carell