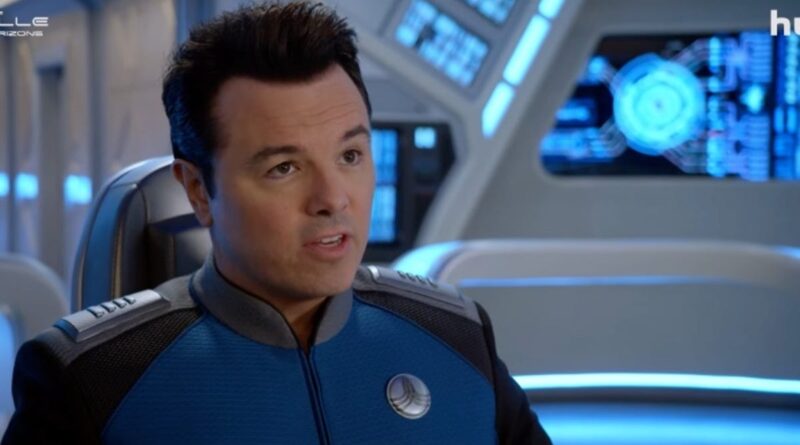 Hey, they missed us too! After such a drought of new Orville content, things are finally heating up as the show’s long-awaited return (and debut on Hulu!) rapidly approaches. Today that means a brand-new trailer that gives a glimpse of what to expect from the series’ third season, The Orville: New Horizons.

Looks like the crew of The Orville are going to be deeply involved in a lot of conflict—and along with that, a quest for peace—involving their established enemies: the super-aggro Krill (the aliens who kind of look like Klingons), and the even-more-super-aggro Kaylons (the killer robots who despise all biological life forms). And it also looks like we’ll be getting hefty doses of the show’s signatures, which include lots of exciting space action, unique characters, and a tone that blends earnestness with random humor. Bortus (Peter Macon) is gonna bring his A-game, Gordon (Scott Grimes) is going to make ill-timed workplace demands, and why Captain Ed Mercer (series creator and writer Seth MacFarlane) dressed like a sheriff, exactly?

The official synopsis for season three is as follows: “Seth MacFarlane’s epic space adventure series The Orville returns exclusively as a Hulu original series. Set 400 years in the future, The Orville: New Horizons finds the crew of the U.S.S. Orville continuing their mission of exploration, as they navigate both the mysteries of the universe and the complexities of their own interpersonal relationships.”

Along with the trio mentioned above, the returning cast includes Adrianne Palicki, Penny Johnson Jerald, Jessica Szohr, J Lee, Mark Jackson, and Chad L. Coleman; Anne Winters also joins for season three, and you can get a glimpse of her character’s navigational skills (or lack thereof) in the above trailer. Oh, and just because The Orville: New Horizons has shifted from Fox to Hulu doesn’t mean it’ll be getting a binge release; it’ll be a weekly release starting June 2. However, you can binge seasons one and two on Hulu now.