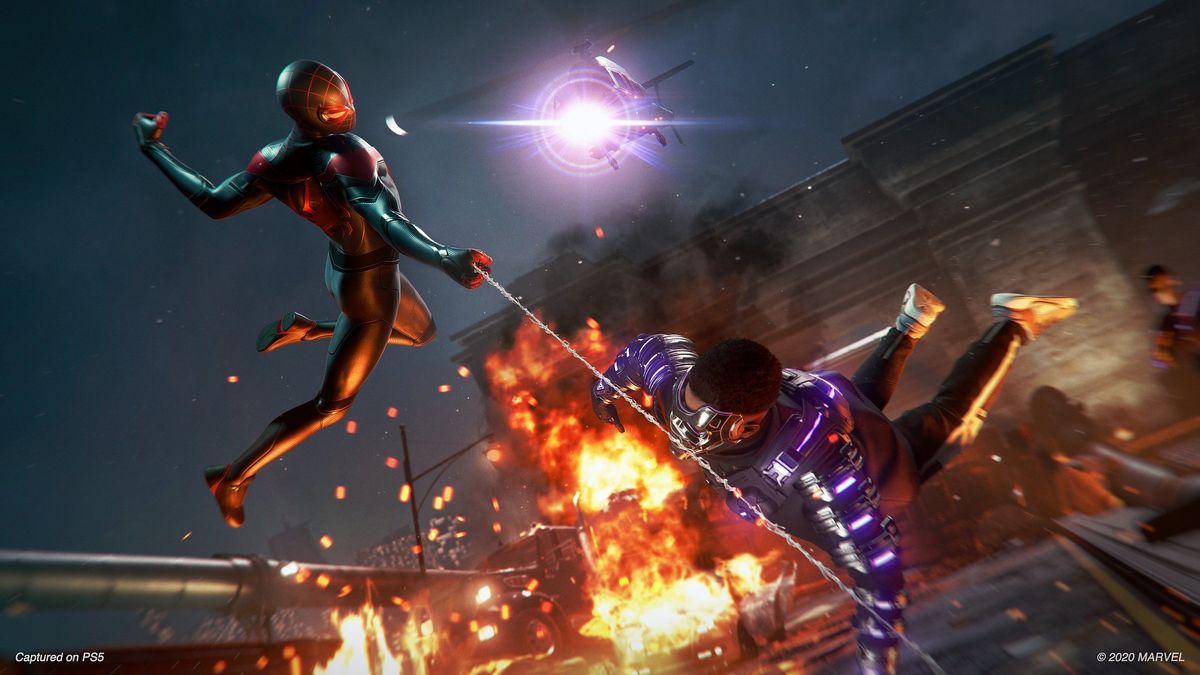 The PS5 launch lineup is disappointing — here’s why

We now know pretty much everything there is to know about the PS5: its price and release date, its hardware specifications and its controller features. Thanks to an informative post from Sony, we also know the system’s first-party launch library. And, to be frank, there’s not much there.

The PS5 will launch with six exclusive titles, which isn’t a bad number at first glance. But on further inspection, one of them comes preinstalled, two of them are remasters, one of them is a standalone expansion and two of them are, technically speaking, the same game.

The list comes from the official PlayStation Blog, which had an incredibly detailed, informative follow-up to Sony’s PS5 showcase on September 16. The post is wide-ranging, and discusses everything from release date, to system specs, to accessories. But of particular interest here is the list of first-party PS5 launch titles.

According to Sony, here’s what you’ll be able to buy alongside your PS5:

At first glance, six first-party launch titles seems comparable to the PS4, which had seven first-party games at launch. But, like the PS4’s launch library, many of these titles are not true next-gen exclusives. Let’s break it down further.

Astro’s Playroom doesn’t merit much discussion, since you’ll get the game preinstalled on your PS5. Whatever the game’s quality, you won’t have to choose whether or not to buy it.

Demon’s Souls is a remastered PS3 game. Based on the trailer we saw, the game looks like a fairly extensive reworking, with slightly different level design and combat. Even if you wanted to go back and play this game on the PS3, you can’t get the full experience, since the online servers shut down years ago. Still, Demon’s Souls is an 11-year-old game, which many people played before, and the PS5 version looks like it wants to deliver a similar experience overall.

Spider-Man was a fantastic game, and Miles Morales looks equally good so far. But neither game is a PS5 exclusive. You can get Spider-Man on the PS4 right now, and Miles Morales will come out on the PS4 as well as the PS5. Granted, the game will look and probably perform better on the PS5, although it’s hard to imagine that boost alone being worth $400-$500.

Destruction All Stars and Sackboy: A Big Adventure are the only true first-party PS5 exclusives in the launch library, and truthfully, we don’t know a ton about either game yet. It’s possible that they’ll be genre-defining system sellers; it’s also possible that they’ll be the kind of launch titles that no one remembers by time the PS6 rolls around. Given LittleBigPlanet’s previous success, I’d put money on Sackboy being a good time, but there’s no way to gauge how Destruction All Stars might turn out.

The PS5 launch lineup so far

Granted, the PS5 will have plenty of other titles available at launch, including Assassin’s Creed Valhalla, Fortnite, Devil May Cry 5 Special Edition and Call of Duty: Black Ops Cold War. But right now, there’s no comprehensive list of third-party launch titles available, and the full lineup may not fall into place for another month or two.

Since you’ll be able to play these games on an Xbox One, PS4 or PC, it’s hard to recommend a brand-new system for them. We expect that they’ll perform better on a PS5, but until we get the system in our hands, we couldn’t say how significant the performance boost might be.

In any case, if your mind is absolutely made up, then good luck trying to pre-order a PS5. It’s a little chaotic right now, but hopefully the process will become a little easier within the days and weeks to come. Otherwise, it doesn’t look like there’s anything you absolutely have to play Day One — provided that you already own a PS4, that is.