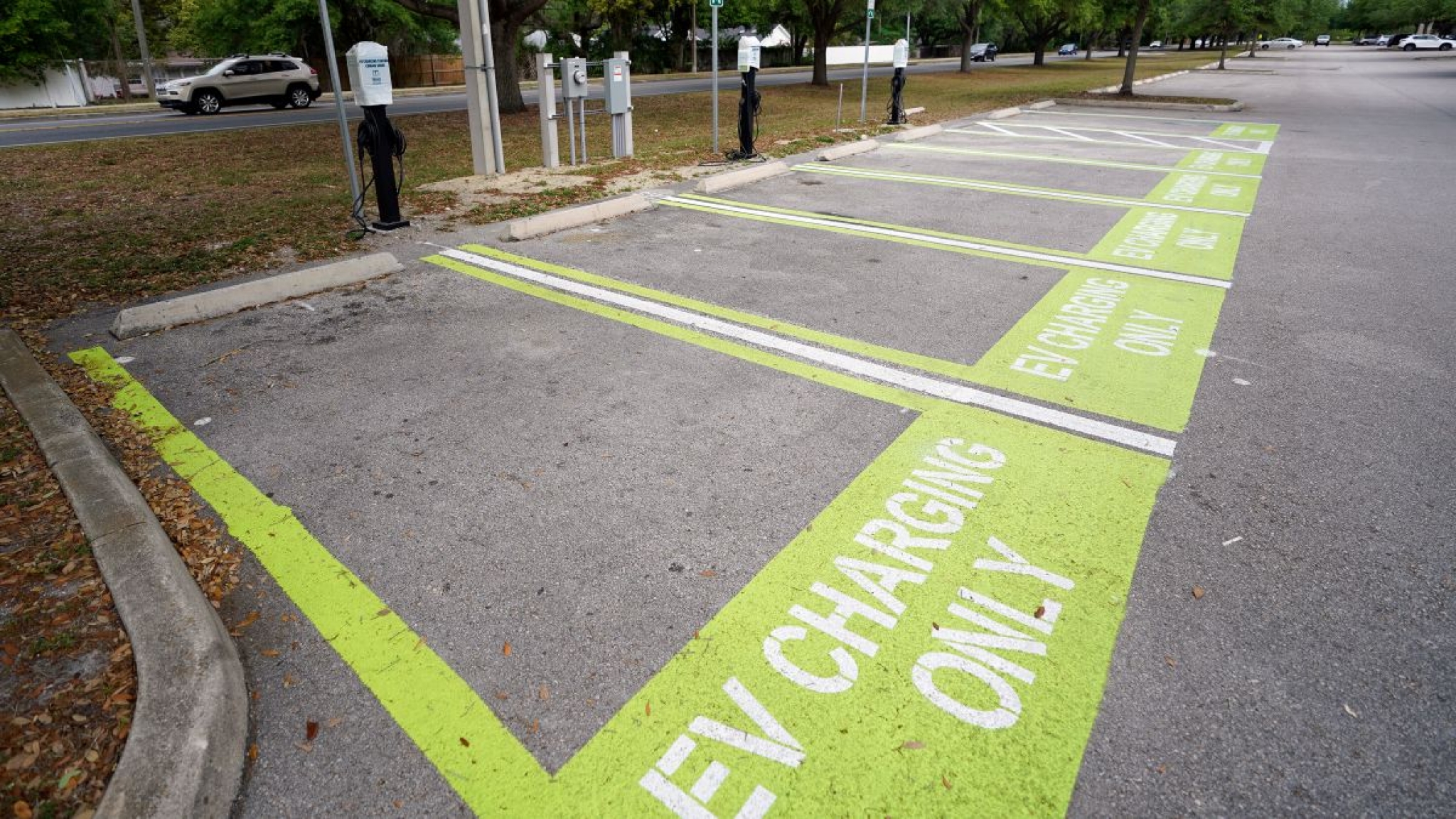 If all cars and trucks sold in the United States are electric by 2035, it could save consumers in the United States some $2.7 trillion over the course of the next 30 years, working out to roughly $1,000 in savings per household per year, a new analysis finds. And if you’re itching to start seeing that cash, you’re in luck. The report says that recent advances in technology mean it’s more feasible than ever for the U.S. to fully make the switch to electric cars and trucks, and soon.

The analysis, released today by the Goldman School of Public Policy at University of California-Berkeley, is a sweeping assessment of the possibilities, challenges, and benefits of electrifying American roadways over the next 15 years. It was inspired by just how quickly EV technology is moving, the authors said.

“All of this was not even thought possible three to four years ago,” Nikit Abhyankar, a coauthor of the report and a senior scientist at the Goldman School, said in a video call. Abhyankar said that predictions made just a couple of years ago for low battery prices that experts thought would be possible by 2030 or 2040 have already been surpassed. “All experts have been wrong about the performance of battery and cost change, including us. “So we thought, this is really the time we should reassess: What do [low battery prices] really mean about the techno-economic feasibility of rapid electrification?”

One of the most eyebrow-raising findings in the report is the $2.7 trillion in savings for U.S. households. Abhyankar said that the analysis took into account all up-front costs of owning a car—from fuel costs to electricity costs to taxes to costs for repairs or replacing a battery. Generally, EVs are still more expensive to buy than a gas-powered car, since their batteries cost so much—but that’s about to change, and soon, Abhyankar said.

“Over the next five years, we’re also about to see upfront price parity between EVs and traditional vehicles,” he said, noting that the costs for EV SUVs will probably come down at the later end of that timeline, while smaller passenger cars are already becoming more competitive. “There’s very little additional cost to buy an EV, but there’s phenomenal savings on maintenance and fuel.”

Of course, it’s not all about money. Cars and trucks account for roughly one-fifth of emissions in the U.S., and it’s a notoriously tricky sector to decarbonize. What’s more, it’s estimated that around 20,000 Americans die each year from excess pollution from cars and trucks—many of those deaths in communities of color situated near highways and busy streets. If we only sell EVs by 2035, the report finds, we could prevent 150,000 premature deaths by 2050. All those EVs will need around 2% to 3% more electricity generation on the grid, the analysis finds—an ambitious target, the report recognizes, but one that could be possible with big policy supports for more renewable energy.

Speaking of policy: Fully switching to electric cars and trucks by 2035 is, of course, an order that faces a whole lot of real-world obstacles—chief among them the fact that we’re a politically divided country where gas-powered cars are still king. The new analysis comes with a companion policy report that issues some recommendations for making all this possible on such an aggressive timeline.

“The good news is that there’s already a lot happening,” Sara Baldwin, coauthor of the policy paper and a director at clean energy think tank Energy Innovation, told Earther during a video call. Baldwin pointed to leadership from California, the nation’s largest auto market, and Massachusetts, both of which have pledged to only sell EVs by 2035. “What we don’t see yet is national leadership on this, and we’re also not seeing a cohesive strategy to address all the market changes that need to occur rather quickly for this to be a reality.”

Even with a climate-focused president in the White House—and one who seems intent on using EVs to help jumpstart his infrastructure plans—Baldwin said that a lot more is needed to support the new industrial opportunities and influence manufacturers to make the switch to fully electric cars. But, Baldwin said, there is precedent for making such a monumental change so quickly.

“We forget that when the automobile was introduced in the early 1900s, horses and carriages ruled the road, and it was unfathomable that this machine was going to take over and become the dominant mode of transport—and that transformation happened within two decades,” she said. “We’ve done this before in the transportation sector, we’ve seen major overhauls of systems and businesses and infrastructure. I’m confident that we will see another decade of transformation, but it will require collective leadership to get us there.”