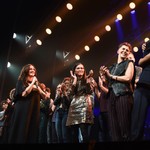 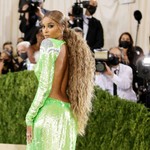 A bright new day for The Weeknd has dawned. On Sunday (August 1), the singer, whose given name is Abel Tesfaye, tweeted, “Fuck it… IT STARTS TONIGHT,” and then proceeded to tease a nearly two-minute trailer for his new track, the title of which has yet to be announced.

The video begins with the camera panning over an ocean horizon towards a blazing red-orange sky as pulsing synths playing in the background. Specks of light fly ahead and slowly, the sun can be seen rising and getting bigger as the camera grows closer. A huge beam of light concludes the teaser with Tesfaye singing, “Take my hand.”

Back in May, Tesfaye hinted at the 2021 Billboard Music Awards, where he impressively won 10 awards, that a new era of music would soon be coming in his brief acceptance speech. “I just want to say the After Hours are done and the dawn is coming,” he said after winning the Top Hot 100 Song award for his hit single “Blinding Lights.” The word “dawn” has been a consistent pattern in other interviews about his upcoming music.

In his recent interview with GQ, Tesfaye noted that a new album is forthcoming, admitting, “It’s the album I’ve always wanted to make.” Tesfaye also discussed feeling snubbed by the 2021 Grammy Awards, where he curiously did not receive a single nomination despite having a banner year, saying that his work wasn’t “good enough” for the Recording Academy’s standards. He disagrees, and as a result, he will continue to boycott the awards.

“Everyone’s like, ‘No, just do better next time.’ I will do better, but not for you. I’m going to do better for me,” he said.

When asked about how he will define success for his next album, he responded that it stems from the passion he feels about sharing new works of art with the world. “So the excitement to make the next project means that this one was successful to me,” he said. “I want to do this forever. And even if I start getting into different mediums and different types of expressions, music will be right there. I’m not going to step away from it.”

The Weeknd’s most recent album, After Hours, released in 2020, debuted at No. 1 on the Billboard 200 chart where it remained for four consecutive weeks. Lead singles “Heartless,” “Blinding Lights,” and “Save Your Tears” topped No. 1 on the Hot 100. After Hours is the Weeknd’s fourth No. 1 album and broke first-week sales records for an album in 2020.