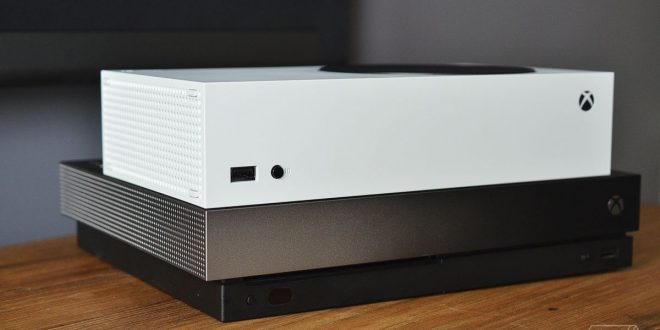 Microsoft’s new Xbox Series S should offer impressive next-gen performance for its $299 price, but where does that leave the Xbox One X? According to Microsoft, the 4K-targeting Xbox from 2017 will still hold some advantages over the Series S — at least when it comes to running Xbox One X-enhanced current-gen games.

“Xbox Series S was designed to be the most affordable next-generation console and play next-generation games at 1440p at 60fps,” Microsoft says in a statement to VGC. “To deliver the highest quality backwards compatible experience consistent with the developer’s original intent, the Xbox Series S runs the Xbox One S version of backward compatible games while applying improved texture filtering, higher and more consistent frame rates, faster load times and Auto HDR.”

What this means is that most Xbox One games will run on the Xbox Series S at 1080p or below in backward-compatibility mode, though they will benefit from certain built-in hardware advantages like the faster SSD. Games with unlocked frame rates should also perform better than on the Xbox One S. But specific Xbox One X enhancements like higher resolution won’t apply.

It’s possible that current-gen titles could receive updates just for the Xbox Series S, and this will be the case for some first-party games like Gears 5 and Forza Horizon 4. Without a patch, though, you’ll essentially be getting the Xbox One S version. VGC reports that the same is true of backward-compatible Xbox 360 titles, though it’s not clear what this means for compatible original Xbox games, all of which run at close to 4K on the One X.

The reason for all of this is simply a function of the two machines’ different priorities. The Xbox One X was designed to play Xbox One games at up to 4K resolution, and it achieved this by adding a much more powerful GPU with fairly minor tweaks to the rest of the spec sheet. The Xbox Series S, meanwhile, exists to run genuine next-gen games at 1080p or 1440p, which is why it’s built around a much faster CPU and SSD than the One X despite in some ways having a less powerful GPU.

The confirmation from Microsoft goes some way to clarifying the messaging around its two next-gen consoles. In short, if you want to play games in 4K, you should be considering the $499 Series X. But if you don’t consider raw resolution output to be a priority, the $299 Series S may well be of interest.

The book, contributed to by Virginia Woolf and others, had been valued at between £4,000 …

Emmerdale and Coronation Street 'pause' filming because of pandemic

Emmerdale has had a Covid outbreak, while Corrie is being halted so scripts can be …