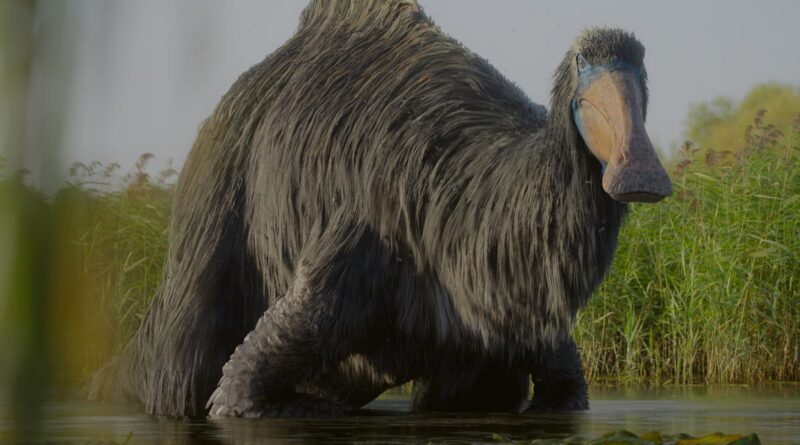 Think about all the dinosaur content you’ve ever consumed: books, movies, perhaps a Far Side cartoon. Consider how realistic each dinosaurian depiction was, to your best understanding of how dinosaurs lived. Now, I suggest you compare all that you’ve seen about dinosaurs before to Apple TV+’s newest five-part series, Prehistoric Planet, which shows the true lives of dinosaurs as they were 66 million years ago, to our best current understanding.

There are reptiles that need back scratches, hadrosaurs harried by mosquitos, and pterosaurs stressed out about finding a mate. In other words, Prehistoric Planet makes it apparent how similar (in some ways) dinosaurs are to us. And it makes those depictions super-real using top-of-the-line CGI and the work of over 1,500 people, including paleoartists, CGI artists, paleontologists, cinematographers, and more (like Sir David Attenborough, who narrated the series).

Earlier this week, Gizmodo spoke to with Darren Naish, a paleozoologist who worked as the show’s chief scientific consultant, and Tim Walker, the series’ producer and showrunner, to discuss how Prehistoric Planet took shape. Now, you can see some of the amazing shapes of Prehistoric Planet, in the form of 18 shots of computer-generated, anatomically-accurate dinosaurs.

Pterosaurs were ancient flying reptiles that coexisted with dinosaurs. In this image, you can see how the animals’ wings were made of thin membranes that stretched from one elongated finger to their feet. Their wings are visually more similar to those of bats than birds—and it’s cool to think about how flight evolved independently across mammals, birds, and reptiles.

Spoiler warning: there are more than more two dinosaur sex scenes in Prehistoric Planet (nothing too graphic of course—we don’t even know what dinosaur penises looked like). I won’t go into the details of what the show makers imagined a Carnotaurus mating dance looked like, but I’ll say it’s much more befitting of the animal kingdom than you might expect.

You’d be forgiven with confusing Pachyrhinosaurus with Triceratops. Both are ceratopsian dinosaurs with large head crests. In this image, one pachyrhinosaur calls out to another. They live near one of Earth’s poles, making for surprisingly snowy scenery for this interaction.

We now interrupt your pictures of dinosaurs for an image of one of the largest frogs to ever roam the Earth: Beelzebufo. This frog was a dinosaur-eating carnivore the size of a domestic cat. Given its physique, the show’s creators depicted Beelzebufo as an ambush predator.

Quetzalcoatlus is named for an Aztec serpent deity, which is fitting because it’s the largest flying reptile yet known. Fully grown the animal had a wingspan as wide as that of a small plane, which we see on full display here over a dense canopy.

Dinosaurs were capable of long migrations, like the one being undertaken by a herd of hadrosaurs in this image. Some dinosaurs were very smart, and capable of reading constellations to stay on track on their treks.

Not all of the show is set on land or in the air. The first episode explores the life and times of a girthy mosasaur (Mosasaurus hoffmanni), amicably nicknamed Hoff. The mosasaur is one of many animals in the show that we see a different side of; rather than hunting prey, the animal rolls around like a loafing Labrador retriever as it gets cleaned by other denizens of the sea.

Corythoraptor may be the most bird-looking dinosaur on the show. (Of course, if you want to see dinosaurs even more like birds, just look outside at a bird.) The corythoraptors also have brilliant blue plumage, which makes them stand out among the many earth-toned creatures.

A young Triceratops in the forest. Though many of the dinosaurs in the show are new to the screen, Triceratops is obviously a mainstay. However, some of the behaviors we see the animal do will certainly be new to you.

One of the more impressive mating rituals depicted in the show involves a colony of Barbaridactylus. Larger males spread their wings in an attempt to impress females, while smaller males try…more subversive tactics.

Deinocheirus is depicted with its familiar hunchback and—though you cannot see them here—massive clipper-like claws on either hand. The animal was a plant eater (though it may have eaten other things too) and endears itself to the reader with some rather bear-like antics.

Few scenes make Prehistoric Planet feel more like a classic nature documentary than the scene of juvenile pterosaurs preparing to take their first flight. Set to jump off a cliff—a leap of faith—the gaggle of younglings will have to make it past predatory pterosaurs to get to the mainland.

Dinosaurs scratch our itch for megafauna, and none more so than the sauropods; the plant-eating reptiles were taller than any animal alive today. But that doesn’t mean they were non-violent: here, we see two males fighting to see who is the alpha in the group. I won’t tell you who wins.