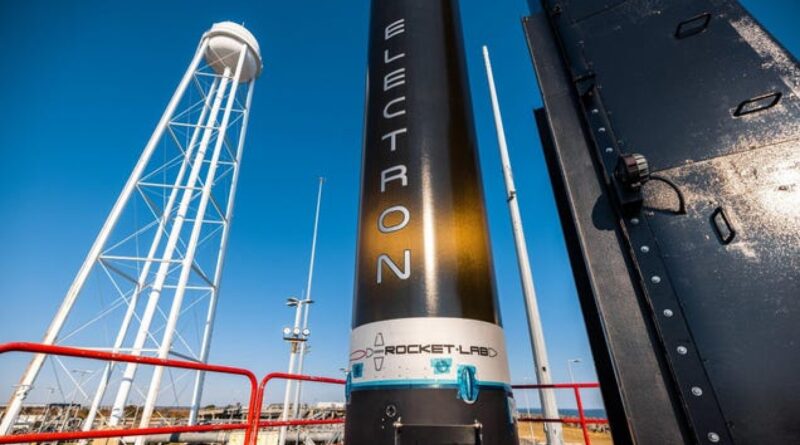 Observers along the U.S. East Coast could be in for a treat this week, as Rocket Lab is set to perform the first launch of an Electron rocket from its new Virginia launch pad.

Rocket Lab, SpaceX, and Japan Aerospace Exploration Agency (JAXA) are all planning to perform launches in the coming days, and NASA is beginning a series of solemn events to commemorate the 20th anniversary of the Columbia Space Shuttle disaster. Here’s what’s happening in the world of spaceflight this week.

Rocket Lab is targeting Tuesday, January 24, for its “Virginia Is For Launch Lovers Mission,” with the launch window opening at 6:00 p.m. ET. The California-based company was hoping to launch on Monday, but deteriorating weather conditions at NASA’s Wallops Flight Facility at Wallops Island in Virginia forced the company to bump the launch ahead by 24 hours.

Tuesday’s launch will inaugurate Rocket Lab’s new Launch Complex 2 at the Mid-Atlantic Regional Spaceport. The company has performed more than 30 missions from its launch facility in New Zealand, but the upcoming launch will mark its first Electron launch from Virginia and its first from U.S. soil. The Electron rocket will attempt to deliver a batch of satellites for HawkEye360, a radio frequency geospatial analytics provider. Assuming no cloud cover, observers along the eastern U.S. coast should have a good view of the launch.

An important new phase of testing begins Monday, as SpaceX seeks to perform the first full wet dress rehearsal of its jumbo Starship rocket. A successful test could set the stage for a static fire test, in which all 33 Raptor engines are ignited.

Monday’s wet dress rehearsal won’t involve any ignitions, but it’ll be interesting to follow nonetheless, with feeds available from third-party video feed providers NASASpaceflight (above) and LabPadre. Elon Musk is banking on Starship to send colonists to Mars, but NASA hopes to use the upper stage of the rocket as an Artemis lunar lander.

NASA observes a day of remembrance

NASA’s next annual day of remembrance, to be held on Thursday, January 26, carries deeper significance this year as the space agency is set to commemorate the 20th anniversary of the Columbia Space Shuttle disaster. NASA says the event will honor NASA members who lost their lives “while furthering the cause of exploration and discovery,” including the crews of Apollo 1 and Challenger Space Shuttle, in addition to Columbia. NASA TV will broadcast a related employee town hall on Tuesday at 12:30 p.m. ET, with the wreath-laying ceremony planned for Thursday at 1:00 p.m. ET.

Signs are pointing to a SpaceX Starlink mission taking flight this week, with the potential launch of a Falcon 9 rocket on Thursday, January 26 at 4:02 a.m. ET, according to Next Spaceflight. The rocket will attempt to blast off from launch pad SLC-40 at Cape Canaveral, Florida, and deliver Starlink Group 5-2, though it’s not yet clear if this batch will consist of SpaceX’s second-generation Starlinks.

Mitsubishi Heavy Industries, on behalf of JAXA, is planning to launch its H-IIA rocket on Tuesday, January 25, according to Everyday Astronaut.

The expendable medium-lift rocket—its first flight since December 2021—will launch from Japan’s Tanegashima Space Center and attempt to deploy the IGS Radar 7 reconnaissance satellite, which will be operated by the Cabinet Satellite Information Center (CSICE). IGS Radar 7 will operate from a Sun-synchronous orbit and serve “both Japan’s national defense and civil natural disaster monitoring,” according to Gunter’s Space Page.

NASA to provide overview of upcoming Crew-6 mission to ISS

The SpaceX Crew-6 mission to the International Space Station is scheduled to launch on February 26, but NASA isn’t wasting time in getting the word out. The space agency is planning to hold two Crew-6 news briefings on Wednesday, January 25, with a mission overview briefing at 12:00 p.m. ET and a general news conference at 2:00 p.m. ET.

New insights into the future of advanced space propulsion

On Tuesday at 10:00 a.m. ET, NASA TV will broadcast a fireside chat in which space agency and DARPA officials will discuss a new collaboration to advance propulsion technologies. The event is part of the 2023 American Institute of Aeronautics and Astronautics (AIAA) SciTech Forum, which is being held this week in National Harbor, Maryland.